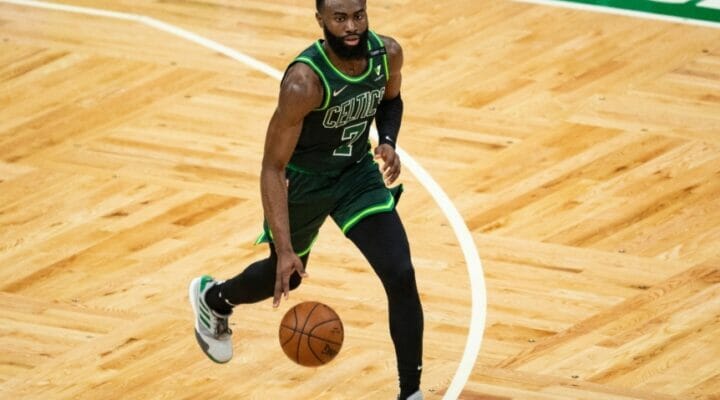 Let’s get ready to rumble!

In this edition, we break down the hard-hitting title bout between Canelo Alvarez and Billy Joe Saunders.

Also, uncover some key angles for enticing matchups in the NBA and NHL as teams prepare to do battle in the playoffs.

We’ve got you covered for another big weekend in sports betting action!

Two super middleweights collide in this unification bout that will have AT&T Stadium rocking. Canelo Alvarez is a huge favorite versus the undefeated Billy Joe Saunders, though stripping the WBO title away from this feisty British southpaw will not come easy. Six out of Saunders’ last eight fights have gone the distance and he’s entering this battle in peak training condition. That said, Saunders hasn’t faced nearly anyone of Canelo’s caliber in his career. It’s going to be a mighty challenge to pull off the upset.

At age 30 with a 55-1-2 record, Alvarez is definitely still in his prime, and he’s shown that with recent victories over Callum Smith, Sergey Kovalev and Daniel Jacobs. Both Smith and Jacobs managed to take Canelo the full 12 rounds, and we wouldn’t be surprised to see Alvarez play it safer (and smarter) in this fight, especially against a crafty opponent like Saunders, who will be trying to rattle Canelo whenever possible. All in all, we could see this one turn out to be a unanimous decision victory for Alvarez.

The Heat and Celtics were Eastern Conference powerhouses, but now find themselves fighting neck-and-neck to dodge the play-in tournament in the postseason. Miami has looked pretty strong lately, winning 7 of their last 10 games heading into the weekend slate. Jaylen Brown will try to return from a sprained right ankle injury. If he’s out, that will provide a nice boost for the Heat’s chances of winning. Also, Tyler Herro likely remains out for Miami due to a foot injury, so expect Kendrick Nunn to pick up the slack in the scoring department. The last time these squads faced off, the Celtics needed a wild finish to top the Heat, 107-105, but that was back in early January. Brown’s status may very well determine whether the Celtics can stay in control in what should be another close, defensive-minded contest.

Heading into May, the Golden Knights held a 4-2 advantage over the Blues in their divisional matchups, and their offense has been clicking over the last several weeks. Vegas left wing Max Pacioretty is day-to-day with an undisclosed injury, so it’s worth checking in on his pre-game status, as Vegas has missed his scoring punch a bit. The Blues have been lacking some depth on the defensive end, with Torey Krug and Vince Dunn both dealing with upper-body injuries. Even if Pacioretty remains out, the Golden Knights have the clear edge on home ice, where they’ve only lost a handful of games this season.