Skip to content
Home » The Weekly Showstopper: UFC 263, Nets vs. Bucks and Jazz vs. Clippers

Israel Adesanya steps back into the Octagon after his first-ever defeat. Will he rebound in this middleweight title defense? We break down all the action for UFC 263!

Also, we deliver more hoops analysis as the Jazz battle the Clippers and the Nets clash with the Bucks in two huge NBA playoff games.

Uncover all the best betting angles for this weekend’s slate.

One of the UFC’s biggest stars makes his return at Gila River Arena, where the fans will be welcomed back at full capacity. UFC middleweight champion Israel Adesanya doesn’t have a flawless record anymore (20-1) after losing to Jan Błachowicz, but this time he faces a familiar foe in Marvin Vettori, who he defeated a few years ago with a split decision. Although The Last Stylebender’s defense faltered in his last bout, he’ll be fighting at his proper weight class again, and Vettori’s takedown accuracy is 53 percent compared to Israel’s 82 percent takedown defense rate. Much like his battle with Błachowicz, there’s a real chance Adesanya will need a decision to pull off the victory, due to his opponent’s strong grappling ability. Eight of Vettori’s last 10 fights have gone the distance.

Elsewhere on the card, Deiveson Figueiredo defends his flyweight championship against Brandon Moreno in a rematch that could turn into another five-round show-stealer. Their first fight ended in a draw, but Figueiredo held an advantage in the power department, and that’s something he’ll more readily exploit now that he knows what’s coming versus Moreno.

Also, welterweight Leon Edwards takes an eight-fight win streak into his clash with Nate Diaz, who only holds four wins in the UFC at this weight class. Diaz might be a fan favorite, but he’s going to be hard-pressed to overcome Edwards’ very well-rounded skills and conditioning. Six of Edwards’ wins on his hot streak came via decision victory, and it wouldn’t be a surprise to watch him play it safely with his wild-card opponent.

Just when it looked like the Nets were steamrolling the Bucks right out of the playoffs, Milwaukee’s defense stepped up with a signature performance in their 86-83 victory Thursday night. Despite holding the Nets to 36 percent from the field, however, the Bucks were equally woeful on offense, especially from 3-point range (19 percent). For all his many positive contributions, Giannis Antetokounmpo has gone 1-for-11 from long range in the last two games, and his woes at the free-throw line continue to sting a bit. Milwaukee was lucky to win that last game with only 86 points scored, as the Nets offense rarely puts up such a low points total. The Nets are still playing it cautious with James Harden’s hamstring injury; don’t expect to see him on the court soon unless he’s absolutely needed. Getting veteran scorer Jeff Green back would be a nice boost though for Brooklyn’s thin bench, so keep an eye on his pre-game injury status as well.

Donovan Mitchell is leveling up right before our eyes in these playoffs. With Mike Conley missing both Games 1 and 2 because of a hamstring injury, Mitchell exploded for a combined 82 points and 12 three-pointers. If Conley can’t suit up for Game 3, “Spida” will have to take over at point guard again as the Jazz try to go up 3-0 in this series. Utah has been much more vulnerable on the road this year, and the Clippers should game-plan against Mitchell more effectively after getting smoked by him in back-to-back contests. The Jazz aren’t going to shoot 51 percent from 3-point range this time, so we’ll probably witness a closer showdown, similar to Game 1. It would be a huge boost to L.A.’s defensive efforts if big man Serge Ibaka returns to the court, but his status remains unclear due to a nagging back injury. 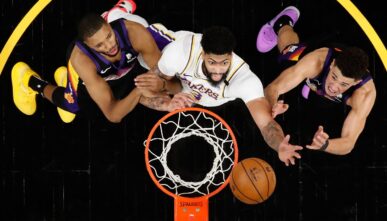 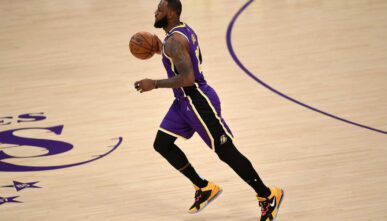