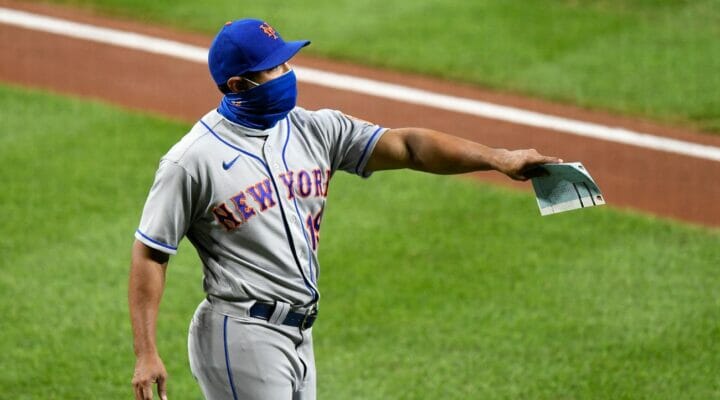 In this week’s Showstopper, we’ve got a fight-by-fight breakdown of UFC 264 as Conor McGregor prepares to battle Dustin Poirier in a must-see rematch.

Also, we’re taking a close look at the huge Euro 2020 tournament final between Italy and England, as well as an interleague showdown with the Phillies and Red Sox.

Uncover all the betting angles for this weekend’s action-packed slate.

Conor McGregor vs. Dustin Poirier
The rubber match between McGregor and Poirier has been injected with plenty of animosity. McGregor really upped the level of his trash talk, and now must back up those words after losing to his rival by technical knockout in January. If McGregor wants to pull off the upset, he’ll likely need a big knockout, while Poirier has a number of different paths to victory. All three of McGregor’s UFC losses have come by way of stoppage.

Tai Tuivasa vs. Greg Hardy
Hardy, the former NFL defensive end, still has a lot to prove as a UFC fighter and this may be his last real chance to do it. With a 4-3 record in UFC, Hardy’s results have been pretty mixed, but he’s always a threat to deliver a knockout blow. Tuivasa, who has won 10 of his 11 fights by knockout or technical knockout, enters the Octagon following back-to-back victories.

Gilbert Burns vs. Stephen Thompson
“Wonderboy” Thompson enters this fight in arguably the best shape of his career. Burns is outstanding on the ground, but will he be able to floor the former karate champion? It’ll be tough to accomplish with Burns’ subpar takedown rate, especially since Thompson is fresh off consecutive unanimous decision wins.

England fans started a petition for a national holiday if they can beat Italy – and for very good reason. This is the national team's first major final in more than half a century. After narrowly beating Denmark 2-1, the Three Lions will be back home at Wembley Stadium in front of 60,000 strong. To capture its first major title since 1966, England will need standout performances from Raheem Sterling and Harry Kane, who have been clutch down the stretch of this memorable tournament. This could turn out to be a higher-tempo contest, energized by the raucous crowd.

Bettors overall seem to be firmly on the fence about which unit will capture the Euro 2020 trophy. England has only allowed one goal in the tourney and the Italians have given up just three. It’s shaping up to be a close affair that has a chance to go down to the wire. Worth noting: England lost its last two head-to-head matchups with Italy at big international tournaments, but that was back in 2014 and 2012, so a lot has changed since then for these squads.

The Red Sox open up a three-game homestand with the Phillies before the All-Star break. The last time these teams met, Boston won two out of three games in Philadelphia, and now the Sox will host at Fenway Park, where they’ve posted a 27-17 record. Although the Phillies have been tearing the cover off the ball, they’ve struggled on the road by going 18-27. With Vince Velasquez (3-3, 4.50 ERA) and Garrett Richards (4-5, 4.88 ERA) as the projected starters for Philadelphia and Boston, respectively, there should be offense aplenty if these pitchers struggle with their command early. Velasquez was forced out of his last start after giving up two homers and five runs in six innings.

Rafael Devers leads the AL East-leading Red Sox with 21 home runs and slugger Rhys Hoskins has 20 homers for the Phillies. Both hitters have remained hot at the plate heading into this interleague series. Fun fact: The Red Sox have the highest all-time interleague winning percentage in the majors.