How to Bet Chiefs at Chargers on Thursday Night Football 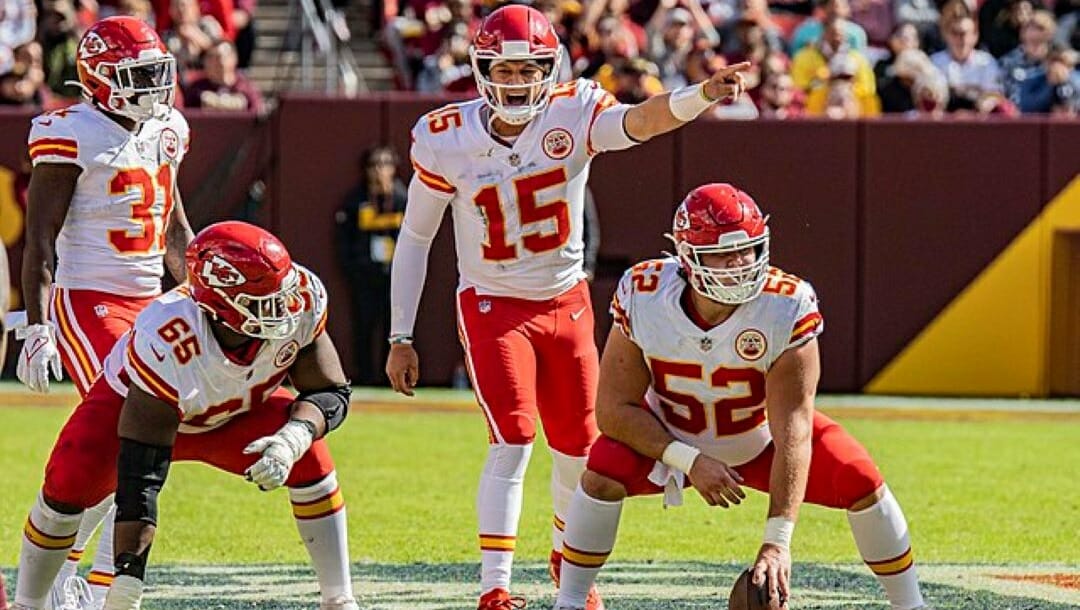 Week 15 is an especially key time for NFL betting. All 32 teams have now had their bye week and played exactly 13 games. Only four weeks for each club to shore up their respective playoff positions.

The Week 15 schedule kicks off with a key matchup featuring major playoff implications in the AFC West: Chiefs at Chargers. The winner of this game will have inside position for a divisional title and home playoff game, but the stakes don’t just stop there. Both of these teams also have solid odds to win the Super Bowl.

Kansas City might have started the season in poor form, but the Chiefs’ current six-game winning streak is one of the longest of the current NFL season.

The Chiefs’ renewed defense and improving offense is powering a resurgence that has sharp bettors taking notice. While a majority of tickets backed the Raiders as a hefty road favorite in last week’s game, many sharps were behind Kansas City.

So how did we get here? After all, the Chiefs were one of the most consistent square traps of the season in September and October.

In their last game of October, the Chiefs went to Nashville and got blasted by the Titans, 27-3. It was arguably the worst offensive outing of the Patrick Mahomes/Andy Reid partnership, and it sank them to an uninspiring 3-4 record. Through the first half of the season, the Chiefs had covered exactly two games.

Reid emerged from his late October bye week with plenty of solutions for what was plaguing his team.

The biggest turnaround is almost certainly on the defensive side of the ball. To give you an idea of how predictably bad the Kansas City defense was before the Week 8 bye, blind betting the over for the Chiefs’ opponents’ team total would have netted you six wins and only one loss.

In contrast, Kansas City has now held four of its six post-bye opponents under 10 points of offense. No one has scored more than 17 in that time period.

It’s this improved Chiefs squad that the Chargers must tame at home if they want pole position for the upcoming NFL playoffs. Los Angeles notched a head-turning 30-24 win over its divisional rival back in Week 3, but the Chiefs have been a much different team since then.

It stands to reason that this will be a much more challenging game, despite the Chargers playing at home this time.

How to Bet Chiefs at Chargers on Thursday Night Football

Pretty much every sign for this matchup points to an LA cover.

For one thing, Kansas City has been an undervalued commodity throughout this winning streak. The Chiefs have covered four straight games in part because the market – in love with Kansas City for so many weeks – finally cooled on them after a rough first half of the season.

Now, thanks in part to a total shellacking of the Raiders last Sunday, the public is ready to jump back on the Chiefs. Early returns show that 76 percent of all tickets are backing the Chiefs as a road favorite.

In Kansas City, we have a traditionally overpriced team that’s fresh off a 39-point win and beloved by public bettors. This is a classic spot to sell high.

Let’s revisit those ticket numbers for a second, too. As I said, more than three-quarters of all tickets are backing the Chiefs, yet the line has inched down from 3.5 to just 3, thanks to a small majority of overall handle on the Chargers.

This reverse line movement is another reason to consider the Chargers at +3, as well as the moneyline at +135.

There are just way too many signs pointing to the Chargers to bet anything other than LA during Thursday Night Football. I’ve got 1.6 units on LA +3.5, with an additional quarter of a unit on the outright win. I would definitely still bet this at +3.