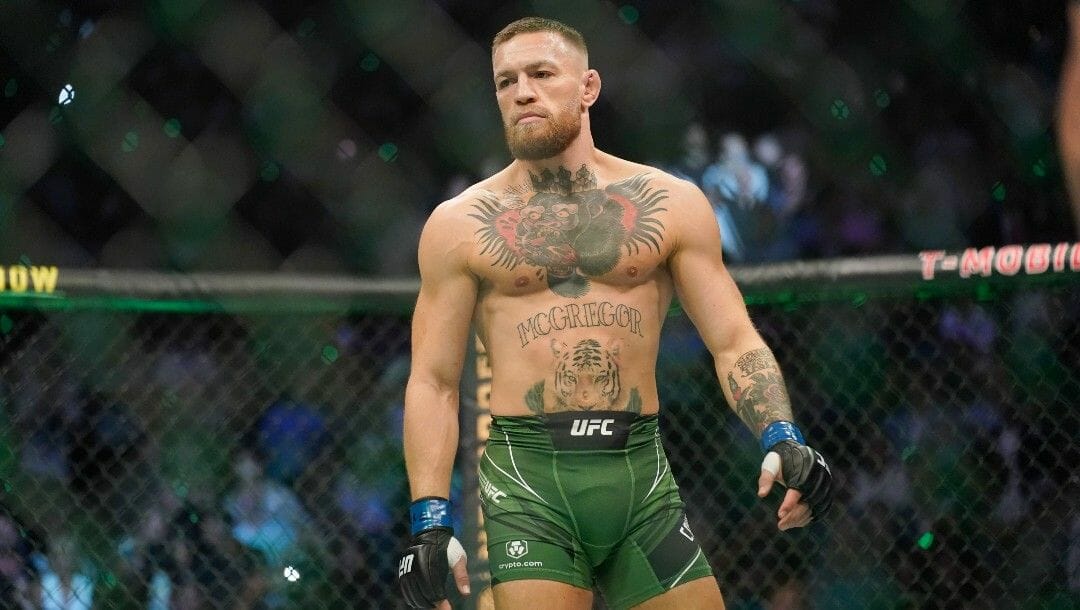 2021 was another spectacular year for the UFC as it produced some of the best fights in the sport’s history. But despite this, there are still a lot of dream matchups and trilogies fight fans want to see.

This would be great for UFC betting and it would be interesting to see what the UFC odds would look like.

From stylistic clashes, unfinished business, and bad blood fights, there is no shortage of wars inside the octagon for next year.

Let’s check out the top five matches that the UFC should book in 2022.

There is certainly unfinished business between Conor McGregor and Nate Diaz.

Diaz won the first fight via second-round submission, and McGregor scored a majority decision win in the second match in their two previous meetings in 2016. Those two fights are in the top place in UFC’s top-grossing pay-per-view events and a trilogy fight could settle the score.

Both fighters are on back-to-back losses and this fight for both of them makes a lot of sense. With their colorful personalities and supreme mic game, this possible third fight between McGregor and Diaz will be fun to watch.

Lightweight contenders Islam Makhachev and Justin Gaethje are going back-and-forth at each other as to who deserves to challenge the division’s champion, Charles Oliveira, next. Makachev has nine straight wins, while Gaethje is fresh off his impressive win over Micheal Chandler.

They have a solid case to present when challenging for the belt. However, if either still insists on their claim, an interim title match could resolve this heated rivalry to determine the rightful contender for Oliveira’s belt.

Amanda Nunes’ loss to Juliana Pena showed she’s beatable. Although she is still considered the greatest women’s fighter, Nunes still has unfinished business in the sport.

A championship rematch against Pena is more likely to happen in her first fight in 2022, but a trilogy with Valentina Shevchenko is also something we should look out for.

Nunes and Shevchenko fought two times previously in 2016 and 2017, where Nunes won the first fight unanimously and eked out a split decision victory in the rerun.

After her second loss to Nunes, Shevchenko went back to her division to win eight straight fights and she must now like her chances against the ‘’Lioness’’ if a trilogy happens.

Former teammates Jorge Masvidal and Colby Covington have been exchanging heated words. The pair hold grudges against each other, so booking a welterweight showdown should occur to sort out this quarrel and see who is the better fighter among them.

Masvidal and Covington are both coming off their championship defeat at the hands of Kamaru Usman, with ‘’Gamebred’’ getting knocked out in April 2021 and ‘’Chaos’’ going the distance with the ‘’Nigerian Nightmare’’ en route to a unanimous decision loss last month.

Kamaru Usman is sweeping the challengers in the welterweight division.

He holds victories over four (Leon Edwards, Jorge Masvidal, Colby Covington and Gilbert Burns) of the six ranked fighters in the 170-pound weight class. The 34-year old champion seems to be unstoppable and unmatched.

Until the meteoric rise of Khamzat Chimaev, who burst onto the scene after winning all of his four fights in the UFC, the 27-year old Swedish athlete rides a ten-fight win streak and has never lost a professional fight. His dominance is apparent as he only absorbed one strike in his UFC bouts and landed 112 combined.

This potential championship match between Usman and Chimaev is an exciting one, given that both men are well-rounded fighters in the stand-up and ground game.