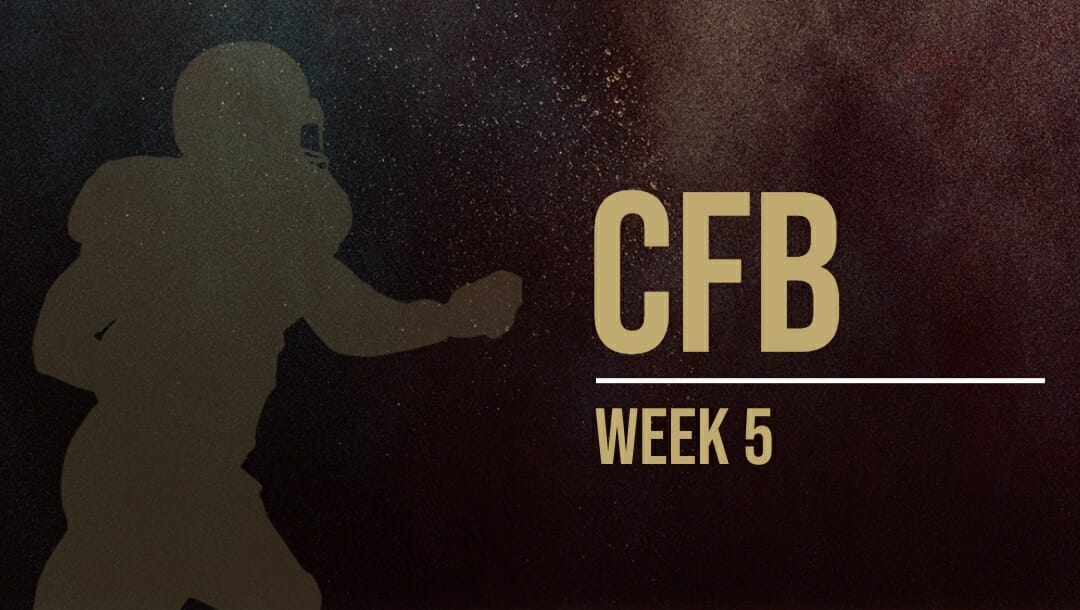 Right now, the Pac-12 has several teams that are still in contention for the conference championship. Week 5 looks like it has some exciting games for bettors. Here are BetMGM’s Week 5 college football odds this week.

USC has been one of the most disappointing teams in the conference so far. They have lost at home to both Stanford and Oregon State, but they’re still seven-point favorites on the road this week.

One thing benefiting USC is that they won their only road conference game so far. Also, Colorado has given up 30+ points in their last two games, so Southern Cal’s air raid offense should have a field day against the Buffalos’ defense.

Oregon looks like a team that could make the College Football Playoffs this year. They cruised to their first conference win of the year over Arizona, which has yet to win a game this season.

This week, Oregon travels to Stanford, where the Cardinal have found mixed success in Pac-12 play.

Statistically, Oregon seems to have the edge, with the Ducks scoring ten more points per game than Stanford and allowing eight fewer points per game. However, Pac-12 history may suggest otherwise, with Oregon failing to cover last week and Stanford winning as a double-digit underdog earlier this season. Stanford also has a long history of upsetting contenders in October, so this game could be more interesting than the line suggests.

In my opinion, Washington and Oregon State are playing to see who will challenge Oregon for the Pac-12 North. Both are 1-0 in conference play, and unless Stanford upsets Oregon, these two teams will be the only ones with a realistic shot of catching the Ducks.

The winner of Arizona State and UCLA will likely be the favorite to win the Pac-12 South, with Utah being the only other 1-0 team in conference play.

Both teams covered easily in their last conference game. UCLA moved up to #20 in the country, yet are just favorites by 3.5 points at home, which shows that bettors don’t trust the Bruins yet.

Truthfully, there do not appear to be many long-term implications related to this game. Both teams are 0-1 in conference play and 1-3 overall this season.

This game is more for pride than standings. California looks like the better team and shouldn’t have any significant problems with the Cougars.

Are you ready to make your college football picks? Take a look at the latest sports betting odds and sign up for an account today.

Also, don’t forget to check out BetMGM’s easy parlays, where you can have a ticket generated for you with the click of a button. It’s a quick way to place bets on college football odds this week and makes Saturdays even more exciting.