If we learned anything from Dustin Poirier’s upset over Conor McGregor last weekend, it’s that UFC odds aren’t always kind to the favorite.

McGregor was -225 about a week before the fight and closed as high as -360 at some books, but Poirier rewarded the small percentage of folks backing him with a stunning second-round knockout.

So who are the other top fighters to bet on in 2021 if you’re a fan of the underdog? Let’s take a look.

One of the best UFC fights of February pits 17-1-0 Kamaru Usman against Gilbert Burns (19-3-0). Amazingly, Usman hasn’t lost since a rear-naked choke by Jose Caceres in May of 2013.

Burns enters the event on a six-fight winning streak and jumps into the octagon for the first time since winning by unanimous decision over Tyron Woodley last May.

Megan Anderson will get her chance to shock the world, but it’ll have to come at the expense of one of the world’s best fighters, Amanda Nunes, in this featherweight bout.

Anderson has two inches of height and three inches of reach on Nunes, but the current champ hasn’t lost since UFC 178 way back in 2014.

Recently added to the card on January 16, Brian Ortega looks to strip Alexander Volkanovski of his featherweight belt on March 27.

Ortega will have his work cut out for him as his opponent is riding a 19-fight winning streak, including a unanimous decision at UFC 245 over then-champ Max Holloway before beating him again seven months later.

At 29 years of age, Ortega returns from a 22-month break from the sport.

At BetMGM, we have up-to-the-minute UFC and MMA odds, lines, and tips to ensure the best betting experience. Don’t miss an opportunity to bet on in-game lines, futures, parlays, and more at the best online sportsbook. 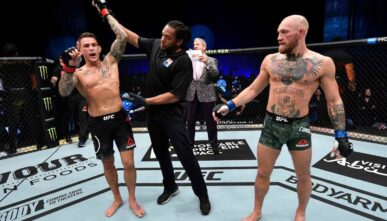 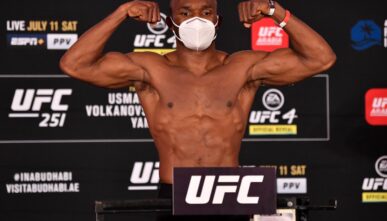 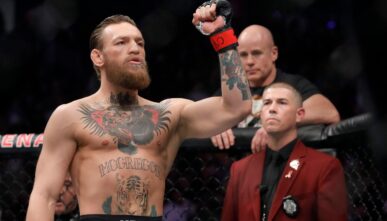