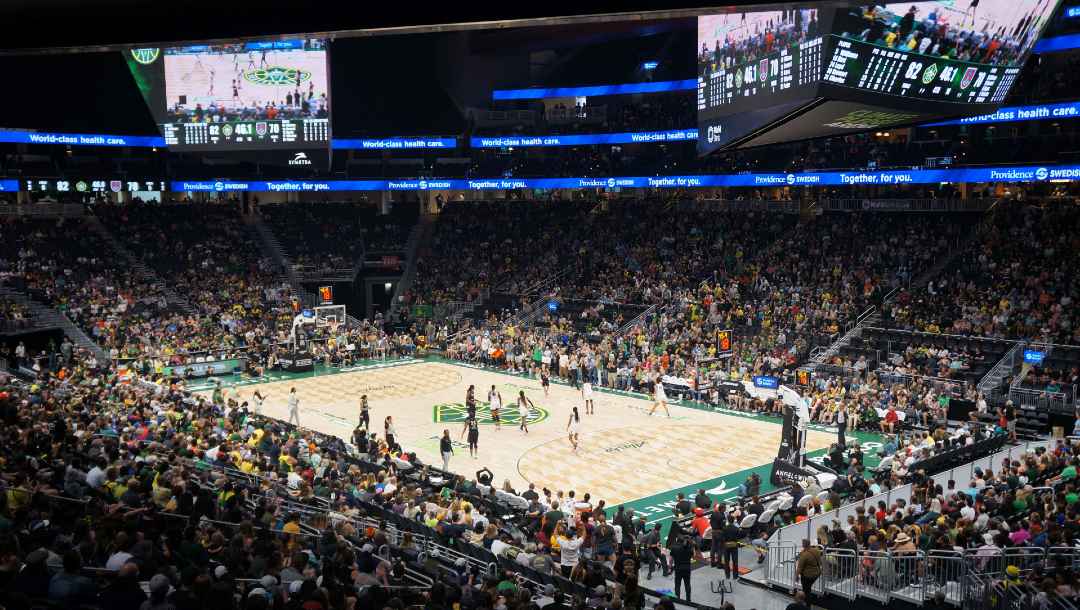 As the WNBA enters into its 24th season, and popularity continues to rise, expansion seems inevitable.

Fans love to discuss WNBA expansion and what cities would be ideal for when the league grows from twelve teams to fourteen or sixteen. Numerous cities have been in the conversation in recent years, including Portland, Charlotte, Cleveland, Orlando, and Miami.

The WNBA has evolved the past twenty years from its inception, growing from eight original teams to its current twelve. The league’s original eight teams began with the Charlotte Sting, Cleveland Rockers, Houston Comets, and New York Liberty in the Eastern Conference. The Los Angeles Sparks, Phoenix Mercury, Sacramento Monarchs, and Utah Starzz used to round out the Western Conference.

Five teams have direct NBA counterparts and play in the same arenas, while nine total WNBA teams share direct markets with NBA teams. The Seattle Storm shared a market and an arena with the NBA’s Supersonics from 2000-2008 but have remained the sole professional basketball team since.

Let’s take a look at five of the top WNBA potential expansion markets.

Philly is a city with professional teams in all four of the major sports leagues. The east coast is a hotbed for grassroots women’s basketball, not to mention college basketball.

The New York Liberty, Washington Mystics, and Connecticut Sun comprise the current east coast fan audience, but there is no doubt Philadelphia would be a top destination for league expansion.

The Bay Area has been a hot topic in recent years for a WNBA team and is one of the largest current markets without a team. With a growing audience and all-time excitement around the Pac-12 collegiately, the west coast has proven to be a top destination for women’s hoop fans around the world. Of course, the Golden State Warriors’ rise to dominance in the last decade plays a role as well.

The Los Angeles Sparks, Seattle Storm, Phoenix Mercury, and Las Vegas Aces make up the west coast fan base. It doesn’t take a rocket scientist to realize there is plenty of room and opportunity for an expansion team out west.

If you look at a map of the current WNBA teams, there is a huge gaping hole in the midwest and south. Nashville fits perfectly in that gap, has been a top tourist destination for decades and continues to grow in popularity.

Tennessee has long been a top destination for women’s basketball since the rise of Pat Summitt and Lady Vol basketball. There is a major women’s fan base not just in Tennessee but in surrounding areas. Plus, with the NFL’s Tennessee Titans and NHL’s Predators the only current professional teams, it would need to be independently owned without an NBA counterpart.

It is no surprise that Colorado’s population is booming and is one of the top tourist destinations in the United States. Another true sport’s city, Denver currently has the NBA’s Denver Nuggets, the NFL’s Denver Broncos, MLB’s Rockies, and the NHL Avalanche. The Nuggets are an exciting product and a nice counterpart for a WNBA team with a great arena in the Pepsi Center.

Rumors have swirled in the past about potential efforts of the WNBA expanding into Toronto. The NBA expanded to Canada in 1995 with the addition of the Vancouver Grizzlies and Toronto Raptors, which has proven to be a success, so why not the WNBA?

Toronto’s population has steadily increased in the last decade to just under 6.3 million in the metro area in 2021. This untapped WNBA market creates new opportunities for an expanded fan base to Canada’s highest populated city. Canada produces top basketball talent nearly every year and is home to WNBA veterans Natalie Achonwa and Kia Nurse.