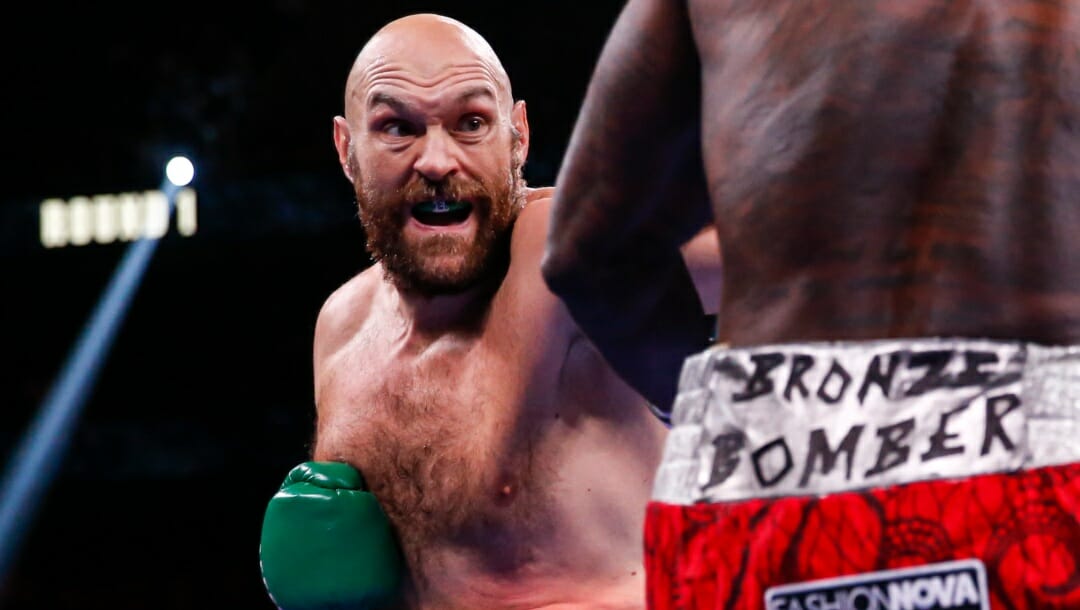 Boxing is headlined by the heavyweights this weekend, and online boxing betting is going to be active, as defending WBC World Heavyweight Champion Tyson Fury (31-0-1) is pitted against the mandatory challenger Dillian Whyte (28-2) in a high-stakes bout happening in front of a sold-out crowd at Wembley Stadium.

The ”Gypsy King,” who is the favorite in the boxing odds at -600 (as of April 21), is gunning for his 32nd professional win over the ”Body Snatcher” to solidify his place at the top of the heavyweight division. Fury is fresh off his trilogy victory over rival Deontay Wilder when he knocked him out in the 11th round of their October 2021 match to officially close that chapter in his career.

He and Wilder have seen three fights among them, with the first meeting ending in a split draw in December 2018. The rematch in February 2020 proved that he was too much for the American knockout artist when he stopped him in the seventh round of the clash.

The British boxing sensation was also known as the man who halted the legendary run of Wladimir Klitschko when he masterfully beat the Russian megastar in November 2015 to snatch the WBA, IBF, WBO and IBO World Heavyweight Titles from him.

On the other hand, his opposition Dillian Whyte is also coming off an equally impressive win over Alexander Povetkin in March 2021. He avenged his loss to him by returning the knockout to his former Russian tormentor, stopping him in the fourth round in the rematch.

Dillian Whyte got his revenge 👊#PovetkinWhyte2

The defeat from Povetkin was only his second professional loss; the first was one he suffered was against Anthony Joshua in December 2015, where he was stopped in the 7th round, but since then, the ”Body Snatcher” made another run to be a top contender by going undefeated in three years and racking up 11 straight wins, including 5 KO/TKOs.

Whyte has a total professional record of 28 wins (19 KO/TKOs) and two losses going into Saturday’s fight with Fury.

The ‘Gypsy King’ will also have an enormous advantage in terms of reach and height, where he has a five-inch height and seven-inch reach edge over his British compatriot.

Besides the better record and physique superiority, Fury’s main advantage coming into the bout is his unpredictability of switching up his style, which is heavily based on his effective jabs and elite footwork.

Meanwhile, Whyte is not a pushover foe because of his incredible power and durability, which were evident in his previous fights. His counterpunching ability will be key in the biggest fight of his career, and the full employment of his powerful left hook can serve him well in his hopes of scoring a massive upset over the reigning champion.

However, as mentioned earlier, Fury’s elite footwork will prove to be too much for Whyte, as it will be difficult for him to land his signature left hook because of how mobile Fury is with his feet.

My verdict is be a six-round finish for Tyson Fury in another dominating performance.