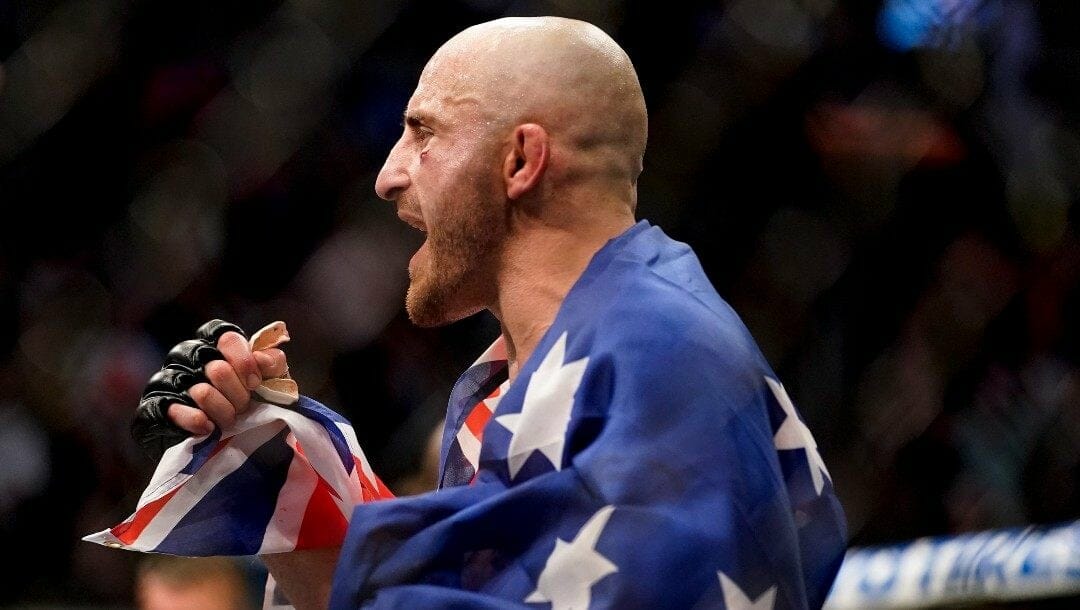 MMA fans, it’s time to put your UFC betting skills to the test as undisputed featherweight champion Alexander Volkanovski (23-0) will be defending his crown for the third time this Saturday against Chan Sung Jung, who is most known as The Korean Zombie (17-6), in the main event of UFC 273 which will be held inside the VyStar Veterans Memorial Arena in Jacksonville.

The Australian champion is the heavy favorite in the MMA odds due to his immaculate run in the UFC with 10 straight victories, including wins over former champions Jose Aldo and Max Holloway (twice).

Volkanovski’s latest title win was against Brian Ortega, whom he dominated in their five-round championship showdown and survived a sick submission attempt during the fight to retain his title.

On the other hand, the No. 4-ranked South Korean challenger unanimously won against Dan Ige in June of 2021 to rightfully earn his second career title shot after falling short in his first attempt in August of 2013 against Aldo in UFC 163.

He’s also defeated other notable names, including Dustin Poirier, Renato Moicano and Frankie Edgar. The Korean Zombie has an impressive UFC record with seven wins and only three losses.

This featherweight title showdown will be an exciting matchup of style as Volkanovski brings his high-pace and high-cardio style of fighting to put The Korean Zombie under pressure throughout the bout.

According to the UFC, Volkanovski has the longest average fight time of 17:24 in his 10 UFC matches.

The 33-year old champion is also the leader in striking differential in the division with 2.88, second in terms of significant strike accuracy behind Jimy Hettes with 56.2%, and fifth in most significant strikes landed with 917.

Meanwhile, The Korean Zombie has the power and grappling pedigree in his arsenal that he could utilize to stop the streaking champion.

In his seven UFC fights, The Korean Zombie has scored six stoppages against his opponents, either through KO/TKO or submission. Thanks to his exciting finishes, he was able to bag eight fight-night bonuses.

Stylistically speaking, the champion is favored to win (-800 odds) the match in a one-sided unanimous decision victory. Still, if the challenger can land a fight-changing shot or maneuver a submission technique, then the UFC will honor a new title-holder.

Elsewhere on the card, the highly-anticipated rematch between UFC Bantamweight Champion Aljamain Sterling (20-3) and interim champion Petr Yan (16-2) will serve as the event’s co-main event to crown the 135-pound title.

Their first meeting in March of 2021 concluded with a fourth-round disqualification of Yan, which earned Sterling the title.

Since then, the American champion hasn’t defended his title due to the injury he suffered in the illegal knee from the Russian.

While waiting for his recovery, the UFC booked Yan in an interim match against Cory Sandhagen in October of 2021, where the two delivered an all-time classic fight. In the end, it was Yan who got the judges’ nod via unanimous decision.

Also featured in the event is the high-profile showdown of top welterweight fighters Gilbert Burns (20-4) and Khamzat Chimaev (10-0). Burns, who recently redeemed himself in a morale-boosting win over Stephen Thompson, will look to stop the hype train that Chimaev currently possesses.

Since moving to the 170-pound division, the Brazilian only lost one fight to Kamaru Usman in his first-ever title fight in February 2021.

Burns plans to halt the Chimaev hype train in its tracks 🚂

On the other hand, Chimaev wants to prove that he is the newest and hottest star in the MMA scene.

The Swedish wrecking ball is still undefeated in his fighting career, with his four latest wins under the UFC. His rear-naked choke finish of Li Jingliang in October of 2021 has put his name in the rankings, and if he again scores an impressive victory over the former title challenger, then it will surely prove that he is the real deal.