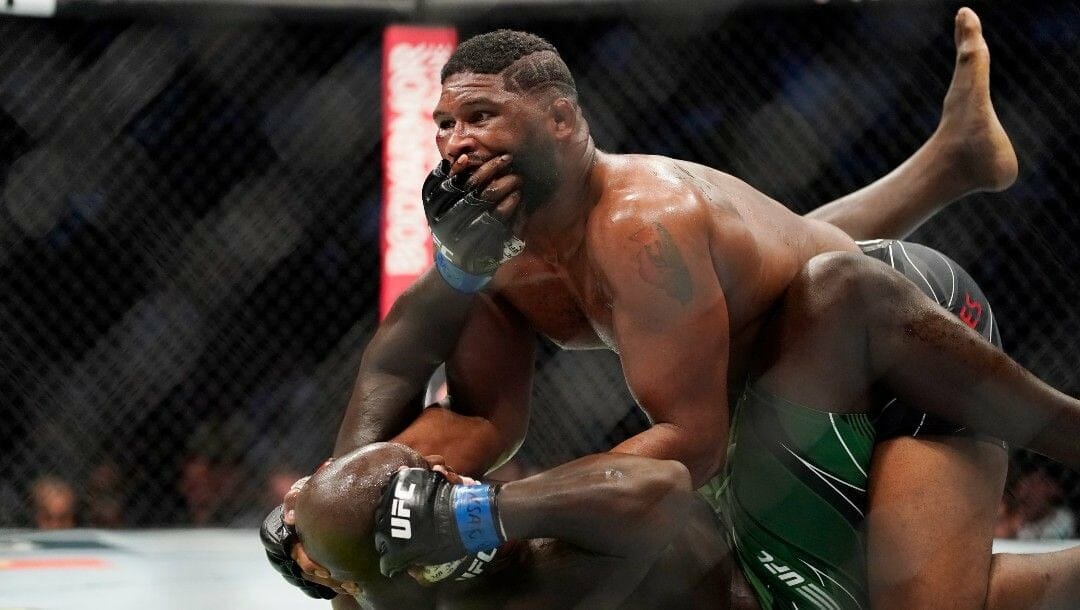 Most of the weekend in sports will be focused on the NCAA tournament and college basketball betting.

But, it may be worth taking a break from looking at college basketball betting lines and looking at some UFC odds for UFC Fight Night 205

The main event features heavyweights Alexander Volkov vs. Tom Aspinall. Volkov is a former M1 and Bellator heavyweight champion. Aspinall is 4-0 in the UFC, and three of those finishes were first-round knockouts.

Blaydes is one of the best heavyweight fighters in the world, having only been hurt by two of the heaviest hitters in the history of the UFC. Daukaus has moved his way into the UFC’s top ten, but this will be the toughest fight of his career.

UFC Fight Night 205 Fight Details: Where, When to Watch

Curtis Blaydes’s first UFC fight, way back in 2016, was against Francis Ngannou when he lost by TKO in the second round.

Since that time, Blaydes has fought 13 times in the Octagon with his only losses coming in a rematch with Ngannou in 2018 and a knockout defeat to Derrick Lewis in 2021. If you want to beat Blaydes, you have to hurt him bad enough to put him out.

Chris Daukaus has fought five times in the UFC, with his previous fight being a first-round knockout loss to the aforementioned Lewis.

Daukaus also has three losses on his record outside of the UFC. He dropped two by KO/TKO and one by submission. Inside the UFC, Daukaus has finished all of his fights by strikes, aside from his loss to Lewis winning his first four UFC bouts to quickly shoot up the rankings.

Blaydes will have a one-inch height and four-inch reach advantage. He’ll also be the heavier of the two fighters, in addition to owning an advantage in experience by a wide margin. Not only has he fought in the Octagon nine more times than Daukaus, but his average fight time is also 10:35 to Daukaus’s 3:25.

However, Blaydes’s knockdown average is much lower at 0.1 per 15 minutes to Daukaus’s 5.26, while Daukaus also lands 7.71 significant strikes per minute compared to 3.44 by Blaydes.

There is no secret coming into this fight what each fighters’ strategy will be.

Blaydes is one of, if not the best takedown artists in UFC heavyweight history. He’ll be working on getting this fight to the ground the minute the opening bell rings. On the other hand, Daukaus will look to keep this fight standing so that he can land punches. He’s mixed some kicking into his striking, but that wouldn’t be a good strategy up against a wrestler of Blaydes’s ability.

This fight doesn’t seem too hard to figure out on paper. Of course, anything can change inside the Octagon, especially at this weight.

Like Lewis, I think Blaydes is too much of a step up in competition for Daukaus’s sixth UFC fight. Unfortunately, the lack of competitors in the heavyweight class makes the division operate that way more often than not.

Daukaus might be able to keep the fight on the feet in the early going, but it’s only a matter of time until Blaydes takes him down. Blaydes has only been finished by Lewis and Ngannou, two fighters who hit harder than Daukaus does.

I expect Blaydes to control Daukaus on the ground and eventually finish him by TKO.