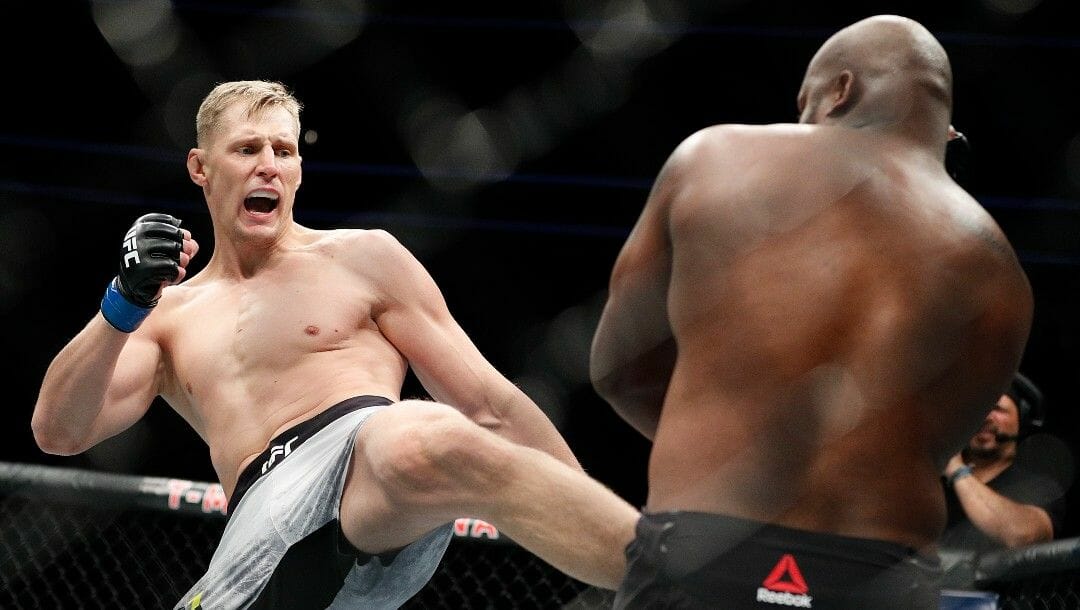 Most of the weekend in sports will be focused on the NCAA tournament and college basketball betting.

But, in between analyzing the latest college basketball betting lines, it may be worth taking a look at the some UFC odds for UFC Fight Night 204.

The main event features heavyweights Alexander Volkov vs. Tom Aspinall. Volkov is a former M1 and Bellator heavyweight champion. Aspinall is 4-0 in the UFC, and three of those finishes were first-round knockouts.

The return 3 years in the making – @GunniNelson is BACK! 🔥

Alexander Volkov is 8-3 in the UFC. His only losses in the organization have been to Ciryl Gane, Curtis Blaydes, and Derrick Lewis. Volkov dispatches any fighters that aren’t at the upper echelon of the heavyweight ranks and in those losses, he hasn’t looked outclassed.

If the UFC wants to find out what they have in Tom Aspinall, Volkov is the perfect challenge.

Aspinall has two losses on his record, one was a DQ from illegal downward elbows (the Jon Jones special) and the other was by heel hook. However, Aspinall hasn’t fought anyone in the UFC’s top 10.

His past two wins are over Sergey Spivak and Andrei Arlovski, but Arlovski is far past his prime while Spivak is on the borderline of the top 10. Volkov is essentially the gatekeeper of the top-5 so this will be Aspinall’s most formidable opponent to date.

Volkov will have a 2-inch height and 2-inch reach advantage. More importantly, he fights tall. Volkov will look to keep Aspinall on the outside, especially considering the 28-year-old’s knockout record in the UFC.

Aspinall should have the grappling advantage, but Volkov has a good takedown defense, so getting this fight to the ground will be tough. Volkov also absorbs 0.58 more significant strikes than Aspinall, but his strength of competition has been much higher.

The only heavyweight to hurt Volkov in the UFC was Lewis and the only fighter to take him down multiple times was Blaydes.

Can Aspinall match Lewis’s power or Blaydes’s takedown ability? Probably not, but that doesn’t mean he can’t outpoint his way to victory.

This match is tough to pick because it comes down to how much potential you might see in Aspinall. If you think he’s an emerging top-5 fighter, you’d want to bet on him, but if you feel this is too big of a challenge for him at this point in his career, Volkov is the better choice.

The odds have shifted towards Aspinall since they opened. It’s essentially a pick’em now, but we might get better odds on Volkov if we wait a little longer. This fight could also be a good candidate for an in-fight bet. As the fight progresses, Volkov should have more advantages due to his experience.