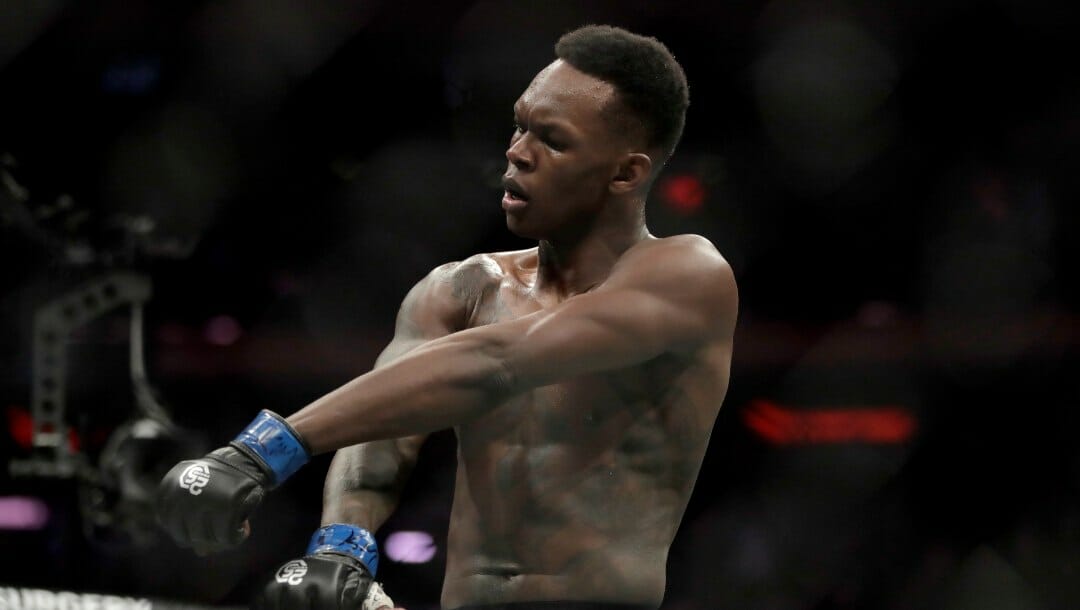 Israel Adesanya’s (22-1) latest middleweight title defense will headline UFC 276 this weekend inside the T-Mobile Arena in Las Vegas, as he is the favorite in the MMA odds to retain his crown. Meanwhile, his challenger, Jared Cannonier (15-5), looks to foil the UFC odds that are stacked against him by capitalizing on his opportunity to capture the title.

This will be Adesanya’s fifth title defense since winning the golden strap in October 2019, whereas Cannonier will appear in his seventh middleweight bout since moving down from the heavyweight and light heavyweight division.

The ‘’Last Stylebender’’ secured the fourth title defense of his crown last February after a unanimous decision victory over Robert Whittaker in their rematch. Before reasserting his mastery over Whittaker, Adesanya fended off another challenge from Marvin Vettori in another rerun last June 2021 through a decision win as well.

The City Kickboxing representative also holds impressive wins over Paulo Costa, whom he TKO’ed in September 2020, and Yoel Romero for his maiden title defense last March 2020 via unanimous decision.

“Izzy” first tasted gold in April 2019 when he earned the interim title against Kelvin Gastelum in an iconic match before unifying the 185-pound strap with a second-round knockout of Robert Whittaker in their first meeting in October 2019.

On the other hand, Adesanya’s newest challenger, Jared Cannonier, the second-ranked athlete in the division, currently has five wins and only one defeat in the 185-pound weight class since moving down from the light heavyweight division. His most recent victory came at the expense of Derek Brunson, who got knocked out courtesy of his vicious elbows in February 2022.

The “Killa Gorilla” outlasted Kelvin Gastelum in August 2021 through a unanimous decision win. Cannonier also has stoppage victories over David Branch (November 2018), Anderson Silva (May 2019) and Jack Hermansson (September 2019). Before wreaking havoc in the middleweight division, the 38-year-old collected some wins in the heavyweight and lightweight divisions.

Adesanya vs. Cannonier: Tale of the Tape and Fight Analysis

Israel Adesanya will have a clear advantage in terms of height and reach over Jared Cannonier, with a five-inch size and three-inch reach edge over him. But regardless of the champion’s upper hand physically, this match-up is a mouth-watering bout for striking enthusiasts as both are known for their lethal knockout power.

Both fighters possess a high rate of striking accuracy, with Adesanya and Cannonier having 50% of their significant strikes landing on their foes. Besides the precise hit they are giving to their opponents, they also have a top-level significant strike defense of 62% (Adesanya) and 63% (Cannonier), which is a testament that the pair are masterclass strikers.

In terms of grappling, Cannonier has the advantage with his 50% accuracy as Adesanya has yet to be successful on his takedown attempts inside the Octagon. This might be one aspect that the challenger might want to exploit over the champion if he wants to dethrone him, especially since Cannonier has two career submission wins.

But despite the grappling advantage of Jared Cannonier and the power that he carries, which slept a few fighters in the higher weight class, Israel Adesanya will still walk away as the champion after the fight. This fight will be reminiscent of the Paulo Costa fight, where Izzy showed that there are levels to the striking game.

Adesanya’s pinpoint striking, combined with his speed, will be a huge problem for Cannonier, ultimately deciding the match’s fate.

My official verdict for this championship match is that the 32-year-old champion will score a third-round TKO victory over the ‘’Killa Gorilla’’ and continue his dominant reign in the middleweight division.