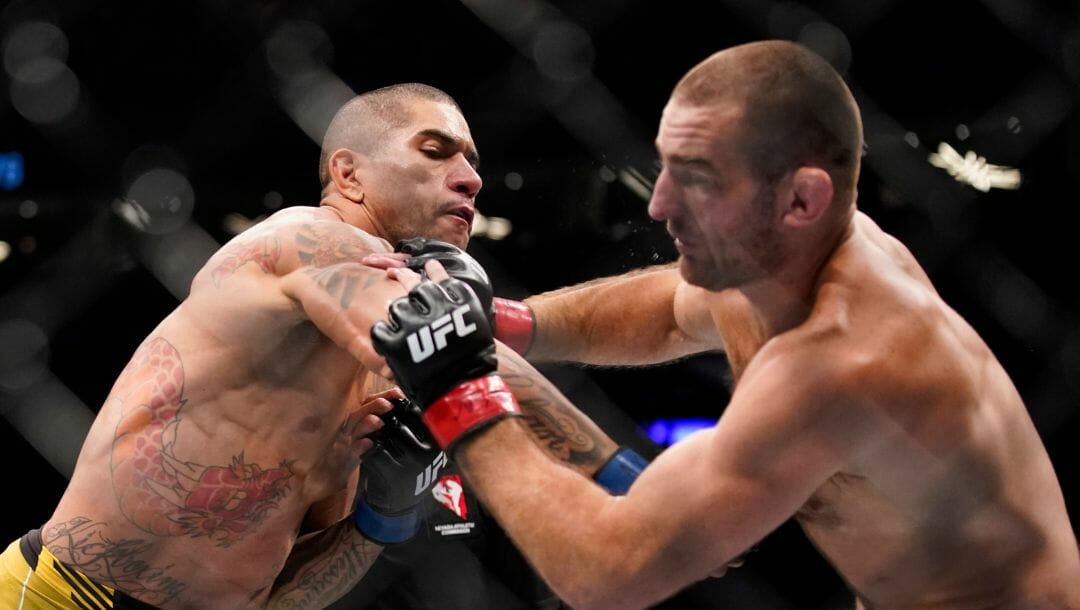 The excitement in the UFC is increasing, with new names entering the roster, veteran fighters who are stapled names in the MMA odds, still gunning for a title shot, and new champions emerging in several divisions.

However, there is a lot to look forward to in 2022 as new contenders are rapidly climbing the rankings and familiar names are on the crisp of their much-anticipated return, which will surely add excitement to fans on their UFC betting odds.

With this in mind, here’s a list of the top five fighters who you should keep an eye on.

The legendary Light Heavyweight champion, Jon Jones, has vacated his throne after defending his title for the 11th time against Dominick Reyes last February 2020. After his dominant reign in the 205-pound division, “Bones” is ready to take on a bigger challenge after moving to the Heavyweight division.

It’s going to be nice competing without starving and dehydrating myself on fight week. This heavyweight body feels nice, I still need to get bigger and stronger. Plenty fast

Minus the dispute in Jones’ pay, his return is inevitable. He could be offered an outright title shot against the undisputed champion (Francis Ngannou or Cyril Gane), or he can match up against the former champion, Stipe Miocic, for his heavyweight debut. Nevertheless, the two possible opponents for Jones are thrilling.

When the UFC signed Alex Pereria last September, the main narrative was his two wins (including one knockout) over current UFC Middleweight champion, Israel Adesanya, dating back to their kickboxing days. Fans quickly fantasized about a potential meeting between the two, but now inside the Octagon. This excitement increased when Pereira scored a highlight-reel flying knee knockout over Andres Michailidis earlier this month for his debut.

The road to a title shot may be three wins away, but his impressive UFC debut was an indication that Pereira will be a top contender in the 185-pound division, which consists of Kelvin Gastelum, Marvin Vettori, Uriah Hall, and Darren Till.

Islam Makhachev has nine straight wins in the stacked lightweight division. The Dagestani hasn’t lost a match since 2016 and is taking the similar route that his close friend and teammate, Khabib Nurmagomedov, has gone through to win the title. It also took Nurmagomedov nine fights to be granted a title shot and it is also imminent for Makhachev to have that golden opportunity.

Even though Justin Gaethje, the number two-ranked contender, has dismissed Makhachev’s demands for an immediate shot against the winner of Charles Oliveira-Dustin Poirier’s championship fight, it will be hard to argue in his case to be the next challenger. An interim match between Makhachev and Gaethje should solve this next challenger disagreement.

Cage Warriors may have produced the next big thing in the UFC in Paddy Pimblett. The former CW Featherweight champion finally made his UFC debut last September and stopped Luigi Vendramini in the first round of their lightweight clash. Pimblett has been on the UFC radar after capturing the 145-pound title in Cage Warriors (and defended it twice). The British then moved up to lightweight but failed to win the vacant title and dropped a loss to Soren Bak.

To earn his place on the UFC roster, he picked up two more wins over Decky Dalton and Davide Martinez. The combination of his well-rounded skill set inside the Octagon and his colorful personality on the mic made him a fighter to watch out for.

One of the hottest fighters in the UFC today is the undefeated Khamzat Chimaev, who now has a ten-fight winning streak, all of which are stoppages. Chimaev has not just smashed his opponents, but he has completely shut them off and, in the process, only received one strike in all four of his UFC bouts and landed a total of 112. What’s more impressive is he has done this across two weight divisions, the Middleweight and Welterweight divisions.

In Khamzat Chimaev's first four UFC fights, he has outlanded his opponents 112-1 in significant strikes

With this highly impressive feat, “Borz” caught the attention of the MMA community and fans are eager for him to compete again. Although an instant title shot will not happen anytime soon, Chimaev’s immaculate run has earned him the number 10 spot in the Welterweight division, and a match against the top nine contenders is bound to happen.