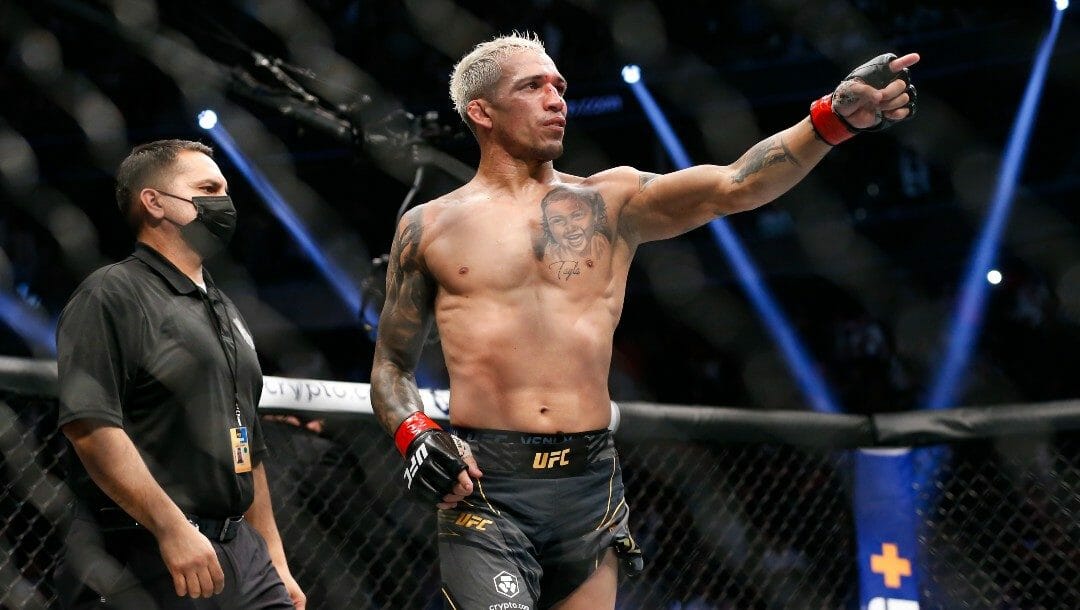 It is another big weekend for the UFC and UFC betting.

The main event features Charles “Do Bronx” Oliveira vs. Justin “The Highlight” Gaethje for the UFC lightweight championship title. Oliveira is coming off a submission win over Dustin Poirier in December 2021, while Gaethje just beat Michael Chandler in the 2021’s Fight of the Year.

When looking at the UFC betting odds, Oliveira is a slight favorite.

Oliveira has one of the more interesting careers as a UFC fighter.

In the first half of his career, many observers saw his potential to be great, but Oliveira would seemingly always find a way to lose. However, since 2018, he has been unstoppable with 10 straight wins. He’s taken out Clay Guida, Christos Giagos, Jim Miller, David Teymur, Nik Lentz, Jared Gordon, Kevin Lee, Tony Ferguson, Chandler, and Poirier.

Of those 10 consecutive wins, only one has gone to a decision. One.

Meanwhile, Gaethje has been in a one-man war since joining the UFC.

He was already known as a fighter who could walk through damage to finish opponents in the WSOF, but pundits were unsure how he would fare against the competition in the UFC. Everything changed after his win over Michael Johnson and his epic match against Eddie Alvarez. Over his past six fights, Gaethje has won five, losing only to former champion Khabib Nurmagomedov.

Gaethje uses his wrestling defensively, stuffing 73% of all takedown attempts while his Brazilian counterpart has a significant advantage with submission, averaging 2.79 per 15 minutes to Gaethje’s zero.

Oliveira is a more measured fighter, more tactical in his approach, while Gaethje is all gas and no breaks. One weakness of the champion early in his career was his tendency to wilt under pressure and while Oliveira is far removed from those fights, it’s worth considering due to Gaethje’s style.

Although “Do Bronx” has been unstoppable over his past 10 fights, I wouldn’t discount the “The Highlight.” Gaethje has power, a great chin, good takedown defense, and an unending gas tank. He will be outclassed on the ground against Oliveira, but the fight has to get there first.

Oliveira should be favored and will probably win, but I think there is value with Gaethje.