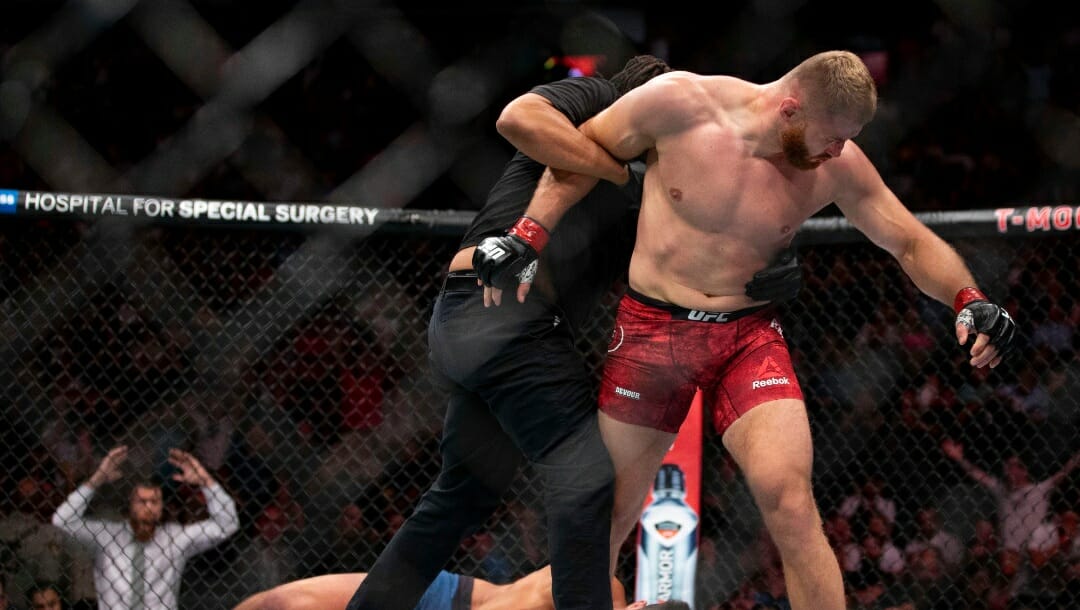 This weekend, MMA action is back inside the UFC Apex in Las Vegas, Nevada, as a big-time light heavyweight match is set to headline the UFC betting this weekend. Number-one ranked Jan Blachowicz (28-9) faces number-three contender Aleksandar Rakic (14-2) in a marquee bout in the light heavyweight division.

Blachowicz, the former champion, will be the underdog in the UFC odds against the younger Rakic in a bid to reclaim his right to challenge for the title once again.

The 39-year-old veteran recently lost his title to Glover Teixeira in their championship encounter last October 2021 via a second-round rear-naked choke submission. Before that loss, he successfully defended that title over Israel Adesanya in a champion versus champion showdown in March 2021.

Jan Blachowicz became the undisputed light heavyweight champion in September 2020 after a second-round TKO victory over Dominick Reyes, as Jon Jones vacated the belt to move up in the heavyweight division.

Meanwhile, Aleksandar Rakic is on a two-fight win streak with wins against Anthony Smith (August 2020) and Thiago Silva (March 2021), both unanimous decision victories.

The Austria-born athlete of Serbian descent only has one UFC loss on his fight record, courtesy of Volkan Oezdemir, who edged him out in a close split decision win in December 2019.

Blachowicz vs. Rakic: Tale of the Tape

With almost identical physical attributes from both fighters, except for Rakic’s five-inch height advantage, expect an equally even bout that will be a banger from start to finish. Their striking accuracy is in similar numbers, with Rakic having 53% and Blachowicz with 50%.

This precise striking from both contenders has allowed them to finish their opponents at a high rate, with nine knockouts for Rakic and eight knockouts for Blachowicz.

However, the grappling department has a massive difference as Blachowicz flexes his 53% over Rakic’s 25% accuracy. This significant disparity is attributed to Jan’s nine submission wins versus Aleksandar’s one.

But despite the gap in grappling, don’t count out the possibility of this high-stakes fight being a banger and stand-up showdown because of the power these two world-class fighters possess.

The recent form and performances can be a deciding factor as to who will be triumphant. Younger by nine years, Rakic seems to be entering his prime years as a fighter by displaying a striking masterclass in his past two fights, while the former titleist may be past his good years now.

My official prediction for this fight is a win for Aleksandar Rakic, either by a unanimous decision or a late stoppage to earn his way into a title shot next.