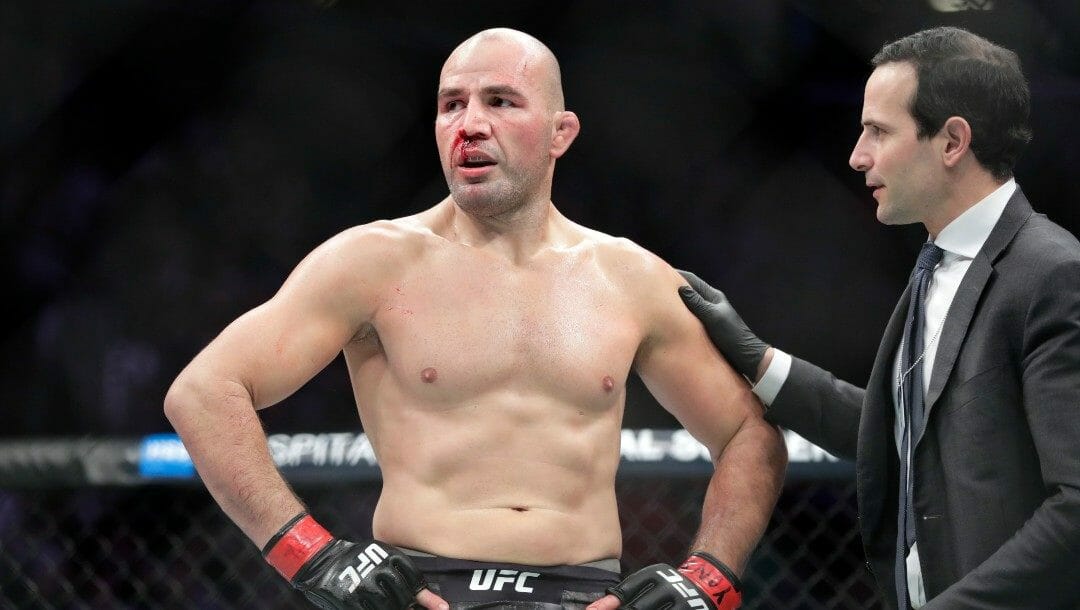 UFC odds make Prochazka a heavy favorite, but it should be a great night for UFC betting.

Few fighters have as storied a career as Glover Teixeira, and that’s probably because few of them fight until they’re 42-years-old. Teixeira has seemingly found the fountain of youth, stringing together six straight wins, five by knockout or submission.

Meanwhile, whatever Jiri Prochazka hits, he destroys. Prochazka has won his past 10 fights by TKO or KO and 11 of his last 12. Furthermore, of his 28 wins, 25 have come by knockout. He has been finished three times, twice by knockout and once by submission. Prochazka only has two UFC wins, beating Reyes and Volkan Oezdemir. However, in Rizin, he had notable wins over Maldonado, C. B. Dollaway, and Muhammed Lawal.

Prochazka will have a slight one-inch height advantage but a substantial four-inch reach advantage. In addition, a whopping 89% of his wins have been by knockout, while Teixeira wins by KO/TKO 55% of the time. Teixeira balances this out, winning by submission 30% of the time. Prochazka has overwhelming power, averaging 1.96 knockdowns per 15 minutes, to Teixeira’s 0.41.

Their takedown defense is almost even at roughly 50%, but Teixeira lands 1.14 more takedowns per 15 minutes. Prochazka averages zero submission, while the champ averages 1.09 per 15 minutes. Teixeira will have the grappling advantage, especially if he can get the fight to the mat.

Teixeira has taken a lot of damage in past fights but has looked great recently. However, Prochazka is 13 years younger and seemingly knocks out anyone he hits. The champion is a more seasoned fighter, but nobody beats Father Time.

Teixeira still has power, but he has lost speed. Prochazka’s power should neutralize Teixeira’s tendency to come back in fights. Teixeira will need to get this fight to the ground to have a distinct advantage, but each takedown will take energy the veteran will need to conserve.

If Prochazka keeps the fight on the feet, he should be crowned the new UFC Light Heavyweight Champion.

If you want to get closer to the octagon, UFC betting is your ticket.

At BetMGM, you have access to updated sports betting odds for UFC events around the world. Check out the sportsbook and place your wager today!