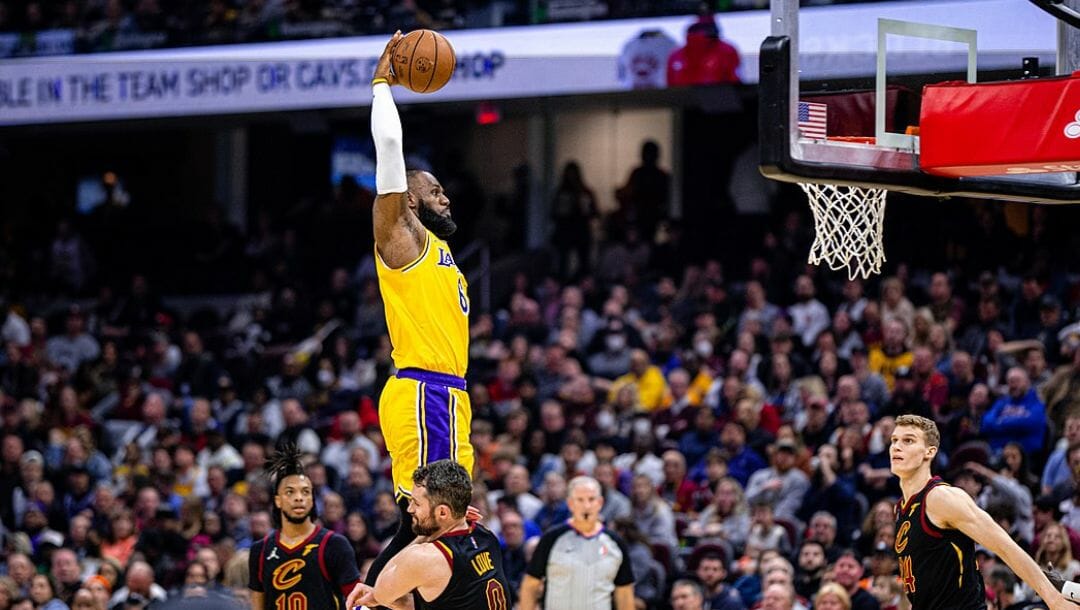 An NBA Conference Finals appearance is already an achievement for several teams and players, as the road to it is not easy. Additionally, reaching this round in the postseason means that a team is a round away from gaining a spot on the league’s ultimate stage, the NBA Finals.

Among all the 30 teams which compete for the Larry O’Brien Championship Trophy, some contenders are constant favorites in the NBA championship odds. Mainly thanks to their winning culture and greatly built rosters, they were able to maximize their opportunity to enhance their NBA Finals odds further.

In today’s list, we look at the top seven teams in the league with the most conference appearances and find out how they achieved this incredible accomplishment.

Thanks to their sustainable and proven system, the Los Angeles Lakers were able to appear in 23 NBA conference finals. The decades of excellence were seen in different eras, from the Showtime Lakers of Magic Johnson and Kareem Abdul-Jabbar to the Shaq-Kobe dominance and the recent title run 2020, the purple and gold have done it right.

These 23 appearances have also produced the most NBA titles with 17, tied with their rivals Boston Celtics. With a dismal showing this past 2021-22 season that saw them miss the playoffs, expect the front office to be aggressive in the offseason and acquire key players to regain their rightful place as a powerhouse team in the stacked Western Conference.

As mentioned earlier, the Boston Celtics rank second in most conference finals appearances in NBA history with 21. Like the Lakers, they also have a winning culture that dates back to decades of success, from the glory days of Larry Bird, Kevin McHale and Robert Parish, to the big three of Paul Pierce, Kevin Garnett and Ray Allen, up until to the current team which consists of Jayson Tatum and Jalen Brown.

This continued success has allowed them also to win 17 NBA titles, the most in NBA history and tied with the Lakers. Although they came up short in the 2022 NBA Finals to try and break the tie with their purple and gold rivals, expect the Boston Celtics to be a threat every season.

Despite barely missing the cut for the postseason for three straight seasons now, the San Antonio Spurs still hold the third-most conference finals appearances with 14. The brilliance of long-tenured head coach Gregg Popovich was the biggest factor in this incredible feat that the franchise has achieved. The franchise has piled up the wins from the David Robinson-Tim Duncan duo up until the big three of Tim Duncan, Tony Parker and Manu Ginobili.

Tonight we enter our 22nd straight year in the playoffs, tied for the longest streak of consecutive postseason appearances in NBA history.@Budweiser | #GoSpursGo pic.twitter.com/SosJGtBFEQ

San Antonio also holds the record for the consecutive playoff appearances by a team in the NBA with 22 straight seasons, dating back from 1998 to 2019. These 14 conference finals have put them in the position to win five NBA titles. The recent slump with the Spurs will indeed be addressed in the offseason as they hope to sign players that could help them restore their contender status.

Meanwhile, the Chicago Bulls should thank Michael Jordan and co. as the large chunk of their conference finals stints happened during their dominant reign in the 1990s. The other two eras that saw them in the same round were from the 1970s when Jerry Sloan was still playing and the early 2010s when Derrick Rose was leading the team.

Oklahoma, then known as the Seattle Supersonics, was a very successful team during the 1970s when they appeared in multiple conference finals and won a title with Gus Williams as their main guy on offense. They also experienced a bit of success in the 1990s when Gary Payton and Shawn Kemp were their stars. Their most recent success happened during the Kevin Durant-Russell Westbrook era as they booked multiple conference finals stints and even an NBA Finals berth in 2012.

Meanwhile, the Phoenix Suns’ conference finals run occurred most in the 1990s when Charles Barkley played for them. After the Barkley era ended, it was the Steve Nash-Amare Stoudemire, and the fast pace offense during the 2000s allowed them to punch a seat in the conference finals. Their most recent stint happened in 2021 when they reached the NBA Finals.