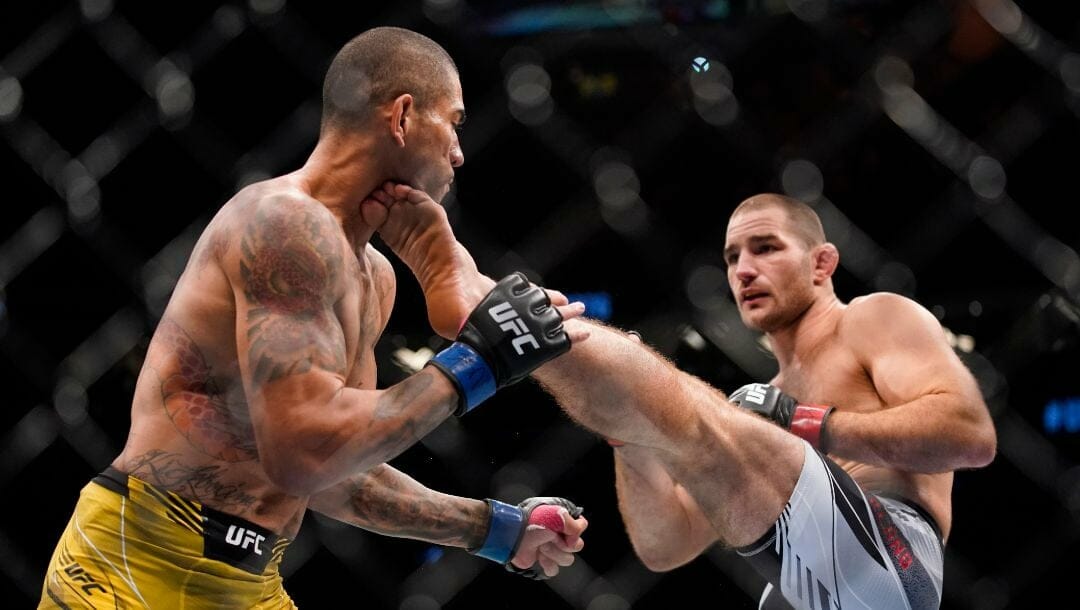 The UFC is ending 2022 with a top-class middleweight fight between two contenders as number three-ranked Jared Cannonier (15-6) faces the number seven-ranked challenger Sean Strickland (25-4) inside the APEX Center in Las Vegas this Saturday, December 17. The two ranked 185-pound contenders were coming off losses in their previous bout inside the Octagon.

Ready to close out 2022 with Jared Cannonier vs Sean Strickland 💥

Cannonier, despite being the higher-ranked fighter, comes in as the underdog in the UFC odds at +105, while his counterpart, Strickland, is the favorite in BetMGM’s online sportsbook at -125. The result of this fight will not only shake up the division’s ranking anew but could also determine a new challenger to Alex Pereira’s middleweight title reign.

A win for Cannonier should help him stay in the upper echelon of the weight class and potentially make another run for a title shot, while a win for Strickland will boost his stock up to finally a crack at the title. Both middleweights are UFC veterans, as they will compete in their 15th and 17th fight, respectively, under the Las Vegas-based promotion.

Even before signing with the UFC, Cannonier was a feared undefeated finisher in other promotions where he racked up seven victories, including six finishes (four TKO/KOs and two submissions). He fought in various MMA organizations prior to becoming part of the UFC roster, where he joined as a heavyweight fighter in his early years.

After an unsuccessful stint in the higher divisions, the “Killa Gorilla” has decided to move down in weight once more to the middleweight division. He was welcomed by David Branch in November 2018 and delivered a second-round TKO win for a perfect start in the middleweight division. Six months later, he was tasked to fight the legendary Anderson Silva and defeated him in one round via TKO.

The MMA Lab representative stretched this winning streak to three with a second-round TKO win over Jack Hermansson in September 2019. This string of successive victories has obtained him an outright opportunity to face the former champion Robert Whittaker in October 2020, but he was outclassed by “The Reaper” and absorbed his first 185-pound division loss via unanimous decision.

But Cannonier quickly collected two more victories against top contender Kelvin Gastelum (unanimous decision in August 2021) and Derek Brunson (second-round knockout in February 2022) to barge his way into a title shot against Israel Adesanya in July 2022. However, Cannonier came up short of realizing his dream to become a champion because the “Last Stylebender” got the victory through unanimous decision.

Sean Strickland was an undefeated MMA fighter when he joined the UFC in 2014 as he piled up 13 wins, including ten stoppages. In contrast to Cannonier, who competed in the higher weight class, Strickland first fought in the welterweight division, where he appeared in ten bouts. He spent most of his early career competing under the King of the Cage promotion, which is based in California.

“Tarzan” made his UFC debut against Bubba McDaniel in March 2014 and submitted him in the first round via rear-naked choke. Strickland immediately returned inside the Octagon two months later in May to eke out a split decision victory over Luke Barnatt. But it was not an immaculate run for the athlete from California as he absorbed his maiden defeat at the hands of Santiago Ponzinibbio in February 2015 through unanimous decision.

This impressive stack of victories earned Strickland a top-five spot in UFC’s 185-pound ranking and a number one-contendership fight with Alex Pereira in July 2022; however, he suffered a first-round knockout loss to the Brazilian to delay his bid to challenge for a title. A win against Cannonier this weekend will surely help him bypass other contenders to finally obtain the long-awaited opportunity to fight for UFC’s Middleweight Title.

Cannonier vs. Strickland: Tale of the Tape and Fight Analysis

Record-wise, Strickland has better numbers with 25 wins and only four losses, while Cannonier only has 15 victories and six defeats. But “Killa Gorilla” owns a better TKO/KO rate of 67% against “Tarzan’s” 40%. Strickland, though, has more submission wins (16% compared to Cannonier’s 13%) and decision victories (44% against Cannonier’s 20%), which speaks of the versatility of the fighting style of the much younger fighter.

The most significant difference between the two coming into this match is in the grappling department, where Strickland leads in numbers by a mile. “Tarzan” boasts a 1.14 takedown average per 15 minutes against “Killa Gorilla’s” 0.19; a 61% takedown accuracy compared to Cannonier’s 25%; an impressive 85% takedown defense for Strickland in contrast to the 65% of Cannonier and a 0.29 submission average per 15 minutes over Cannonier’s 0.

With the statistics being laid down above, expect Strickland to use his upper hand in the grappling, especially after coming off that knockout loss to Pereira and knowing Cannonier also has that one-shot knockout power. This will not only neutralize the power that the “Killa Gorilla” possesses, but it will also wear him down throughout the duration of the five-round main event. Additionally, this grappling was the key factor for Strickland in securing the two victories in his last five wins.