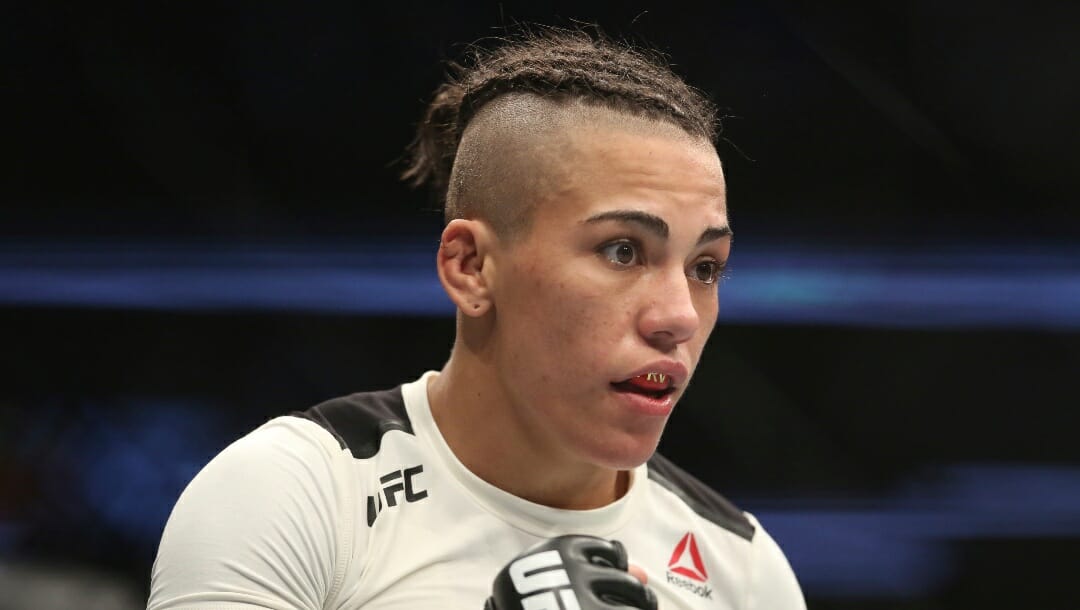 The main event features Amanda Lemos vs. Jessica Andrade in the women’s strawweight division. Lemos entered the UFC in 2017 but didn’t have another fight until two years later. Meanwhile, Andrade has been fighting for the organization since 2013, starting as a bantamweight before moving to strawweight three years later.

Amanda Lemos has an impressive record, losing only once in her 13-fight career. She also has heavy hands, knocking out two of her past three opponents, with seven of her 11 wins coming by knockout. Lemos has strung together five straight wins in the Octagon, only losing her UFC debut to Leslie Smith in 2017. After her defeat to Smith, Lemos moved to strawweight and hasn’t lost since.

On the opposite side of the cage, Andrade is a mainstay in the UFC.

She’s won two of her past three but has dropped three of five coming into this match. However, those three losses were all to UFC champions or former champions. Andrade won the strawweight belt via a knockout slam against Rose Namajunas in 2019 before losing it to Zhang Weili in her next fight, followed by a loss in the rematch against Namajunas in her next contest. Andrade moved up to flyweight and knocked out Katlyn Chookagian, and then lost to the women’s flyweight champion Valentina Shevchenko.

She had one more bout at flyweight, beating Cynthia Calvillo by TKO, but Saturday’s contest marks her return to strawweight.

Lemos comes into this bout with a three-inch height and three-inch reach advantage, but it’s tough to say who will have the power advantage in this fight. Lemos has a better finish rate, but Andrade has fluctuated weight classes more. Lemos wins 70 percent of her fights by KO/TKO, while Andrade is at 43 percent. Andrade has a slightly better submission rate, but it’s not significant. One large difference is that Lemos’s knockdown average is 1.64 per 15 minutes, whereas Andrade’s is 0.23.

Andrade lands 0.89 more significant strikes per minute but absorbs 0.54 more. Andrade averages 1.59 takedowns more per 15 minutes, but Lemos has an 88 percent takedown defense. Neither fighter relies heavily on submissions, so that seems to be a non-factor.

Andrade typically starts aggressively and has significantly more experience in the cage. She’s also four years younger than Lemos. This fight could come down to which woman lands the first big punch. With Andrade’s output and experience, it seems likely that she will be the one to land the knockout blow.

There’s a good chance that Andrade finishes this fight in the first round and that she likely wins the fight by KO or by TKO. We can use that information to make one or several picks based on our risk tolerance.