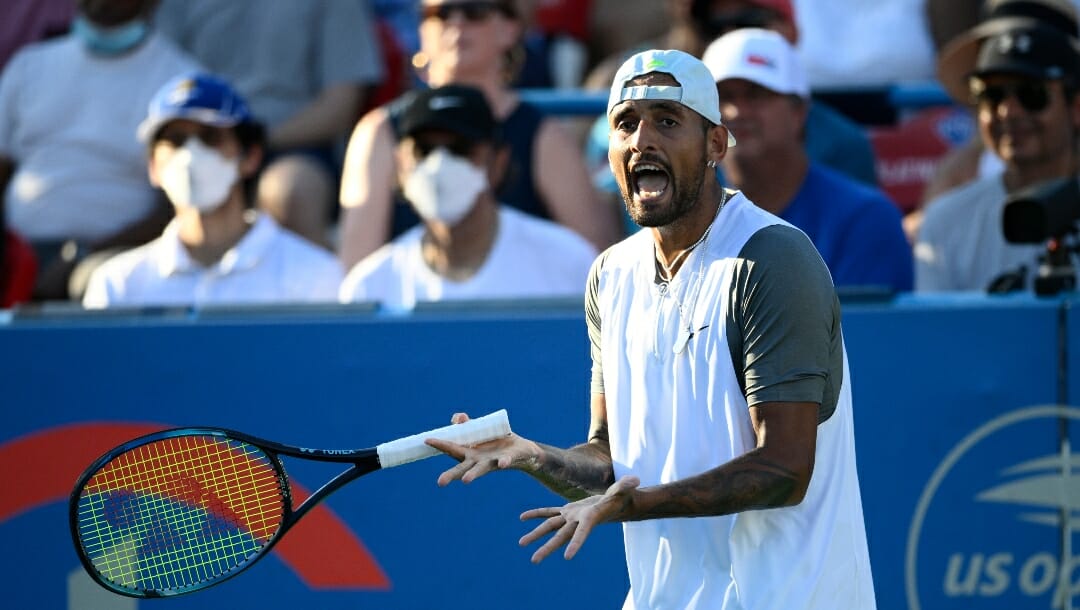 A first-time winner on the men’s side of the draw is becoming increasingly likely as the 2022 US Open draws closer.

Six of the 10 US Open tennis odds’ favorites are looking for their first US Open title. The status is uncertain for three of the four previous prominent winners, showing how wide-open the field is for the season’s final major.

It’s still unknown whether favorite Novak Djokovic will be permitted to play, while questions loom regarding the fitness of fourth favorite Rafael Nadal, who suffered a slight abdominal tear that forced him to retire before the Wimbledon semifinal.

Nadal is playing at the Cincinnati Open to prepare for the US Open, but will he be ready for seven best-of-five-set matches in two weeks?

Dominic Thiem, who won the 2020 US Open, hasn’t played much tennis since seriously injuring his wrist in June 2021. He withdrew from the Cincinnati Open for a second season running and will enter the US Open rusty and as cold as a midwinter’s day in Michigan. As a result, he’s one of six US Open picks to avoid.

World No. 1 Daniil Medvedev won the 2021 US Open and is the only previous winner in the top 10 entering the tournament in peak condition.

The 2022 US Open represents a golden opportunity for somebody to win their first at Flushing Meadows. So here’s a look at the 10 shortest odds of players trying to get off the mark in New York.

Each player’s likelihood of winning the 2022 US Open is below, with one being the most likely and 10 the least.

Matteo Berrettini is an elite talent currently ranked 15th in the world. However, he’s never won a hardcourt title and is just 8-6 on the surface this season. He is also 0-3 against top-10 players in the current campaign.

Berrettini made it to the quarterfinal of the previous US Open, his best result thus far at the tournament. Don’t expect him to improve upon that outcome. He does, however, offer good value at +3300.

The Canadian loves playing on hardcourt but has struggled to find his top form since losing in the first round at the Geneva Open, the tournament preceding the French Open. Not including the Cincinnati Open, Shapovalov has crashed out of the first round in seven of eight previous tournaments.

The world No. 13 is enjoying a solid patch of tennis. He advanced to the Wimbledon quarterfinal and hasn’t been ousted from the first round in five successive tournaments. He is a solid 19-7 on hardcourt this season and is playing confidently and assertively.

The hard-hitting Canadian is an impressive 19-8 on hardcourt this season and has enjoyed previous success at the US Open, making it to the 2021 semifinal. He has advanced to the quarterfinal in eight of 11 previous tournaments and has made it to at least the fourth round in four of his last five majors.

However, he has performed woefully against top-10 opponents this season, winning three of 10 matches.

Jannik Sinner has won five hardcourt titles since 2020 and is enjoying an outstanding campaign. He is 17-4 on hardcourt this season and advanced to the Wimbledon quarterfinal.

With an 11-3 Grand Slam record this season, Sinner has an excellent shot of winning his first major at Flushing Meadows. However, he hasn’t yet made it past the quarterfinal of a major and is 3-6 versus top-10 opponents in 2022.

Nick Kyrgios is on the cusp of a significant breakthrough. He is more focused, devoted, and determined than ever and is playing some superb tennis. His serve is formidable as it is unpredictable, a perfect scenario for the hard courts of Flushing Meadows. He represents one of the best chances of all the players looking for their first US Open title.

The world No. 4 Greek is repeatedly knocking on the door of his first major title. In the last two years, Tsitsipas made it to three Grand Slam semifinals while also finishing as the 2021 French Open runner-up. However, he has endured uncharacteristically poor performances at Flushing Meadows and hasn’t made it out of the third round in four previous appearances. But the Greek is capable of winning if he finds his sweet spot.

Fifth favorite Alexander Zverev is expected to play after a long injury layoff. The German returned to practice last week after recovering from a severe ankle injury he sustained during the French Open semifinal against Nadal. While he should play, a deep run at Flushing Meadows is unlikely.

Winning the US Open for the first time is hard enough without pullingl off the feat after returning from a serious injury without a warm-up tournament.

The world is expected of Carlos Alcaraz, the teenage phenom who has enjoyed an overwhelmingly successful campaign.

Alcaraz has won four titles in 2022 and is 12-3 on hardcourt. However, Alcaraz has lost twice in a row to Sinner and hasn’t made it past the quarterfinal of a major. It’s only a matter of time before Alcaraz wins a major. The question is whether the 2022 US Open is one year too soon.