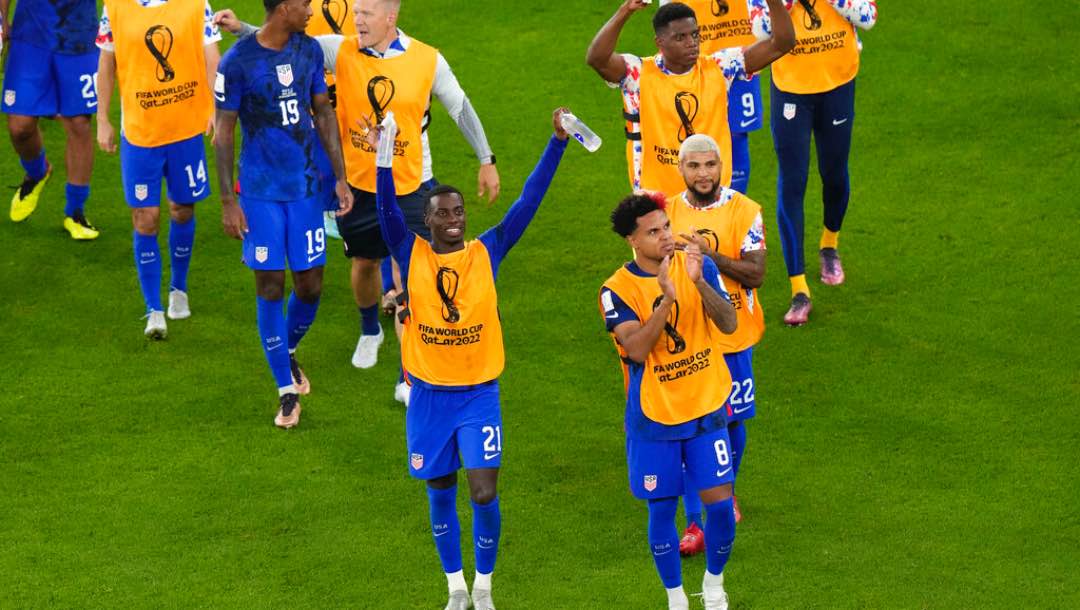 To get to the quarterfinals of the World Cup for the first time in 20 years, the United States will need to get past the Netherlands.

The USA navigated a tricky group to finish second behind England, while the Netherlands topped their group, despite looking shaky at times.

Can the USA get through the notoriously tough Dutch defense? Or will the likes of Virgil van Dijk and Co. prove too sturdy for the USMNT?

The winning team model predicts Netherlands will win this Round of 16 game with 74% confidence. The model also predicts a 23% chance of a tie/draw in regular time.

The guys react to the win in Doha 🎥 pic.twitter.com/swdfKCg1XW

Gregg Berhalter will be thrilled that his team made it through to the Round of 16 after a dour 1-1 draw against Wales in their opening match. The USA only seemed to get better with every game, including a 0-0 draw with an England team that scored nine goals in its other two games.

Led by Tim Ream at the back, the USMNT was defensively sound throughout their games, conceding just one goal: a penalty. However, they did struggle to carve out chances at the other side of the pitch, and they will have to be better against a team that is ranked 8th in the world.

Of course, this team’s strength lies in their speed and constant harrying of their opponents when they are on the ball. Christian Pulisic has been exceptional, and if he is fit, then he will play a key role in controlling the midfield.

The Dutch team struggled with opposition that hit them with intensity and a high press during the Group Stages. Ecuador’s pace caused them all sorts of problems, and Louis Van Gaal should be concerned about the lack of urgency shown by his team at times.

That being said, the Netherlands scored five goals in three games, with youngster Cody Gakpo looking like this year’s breakout star. He scored three of the five goals, and the USA must be wary of the threat that he poses from all areas of the pitch.

This is a striker that can score scrappy, poacher’s goals, fine headers, or long-distance curlers, so he needs to be very carefully managed.

The USA tends to come out of the gate fast and catch their opponents by surprise in the first half, while the Dutch can take a while to warm up. I expect the USA to try and get an early goal and spend the rest of the game defending, which will only invite pressure from the Netherlands’ excellent strikers.

This game has the potential to go to extra time, but I do think that the USA’s hard running can’t be sustained for longer than 90 minutes. So, I think the Dutch will win in extra time.