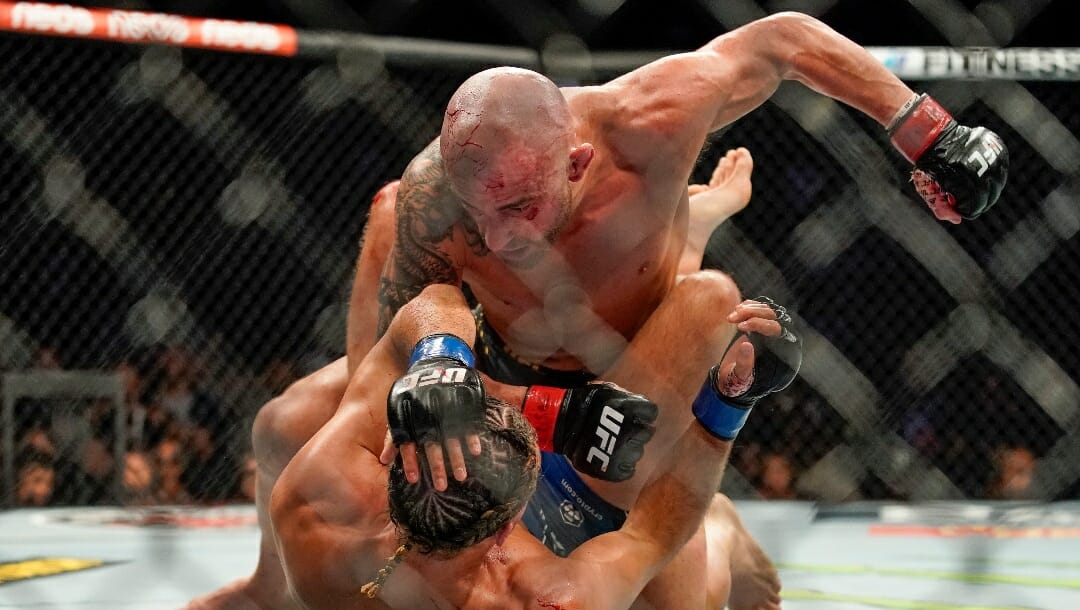 The UFC 273 fight card is loaded with opportunities to bet online with UFC odds.

The main event features featherweights Alexander Volkanovski and Chan Sung Jung. Volkanovski is the reigning UFC champion and hasn’t lost since 2013, while the “Korean Zombie” has won three of his past four fights.

Jung’s most recent loss was only two fights ago to Brian Ortega. Jung has challenged for the title before, losing to Jose Aldo at UFC 163 in 2013. Since then, Volkanovski has beaten a who’s who of the UFC’s featherweight division as Max Holloway (two times), Ortega, Aldo, and Chad Mendes have all fallen to the champ in his past five fights.

Volkanovski, a heavy favorite in MMA odds, will be giving up an inch in height and 2.5 inches in reach when he steps into the Octagon on Saturday. However, he will be the thicker fighter. Jung is known for his ability to absorb punishment and has a decent finish rate.

Volkanovski tends to spend more time in the Octagon, having an average fight time of 16:08 to Jung’s 12:12. This is partially due to Jung having a 0.14 higher knockdown rate but also because he’s an all-or-nothing fighter. Jung might be more likely to end a fight, but he’s also more likely to be finished.

The plan for Jung is simple. He moves forward, taking heaps of punishment while he tries to land a knockdown. If successful, he’ll try to finish the fight by knockout or by submission. Volkanovski is a more strategic fighter and has the endurance to match Jung. Volkanovski lands 6.42 significant strikes per minute, 2.35 more than the “Korean Zombie.”

They have similar percentages in striking and takedown defense. However, Volkanovski averages 0.95 more takedowns, while Jung averages 0.44 more submissions per minute.

The odds are very much in favor of Volkanovski, perhaps too much so. Jung has more of a chance than the books are giving him. However, it is more likely that Volkanovski will win this fight. It’s safe to say that Jung will not win a decision, but he could land a knockout. It might be good to hedge a Volkanovski decision with a Jung finish.