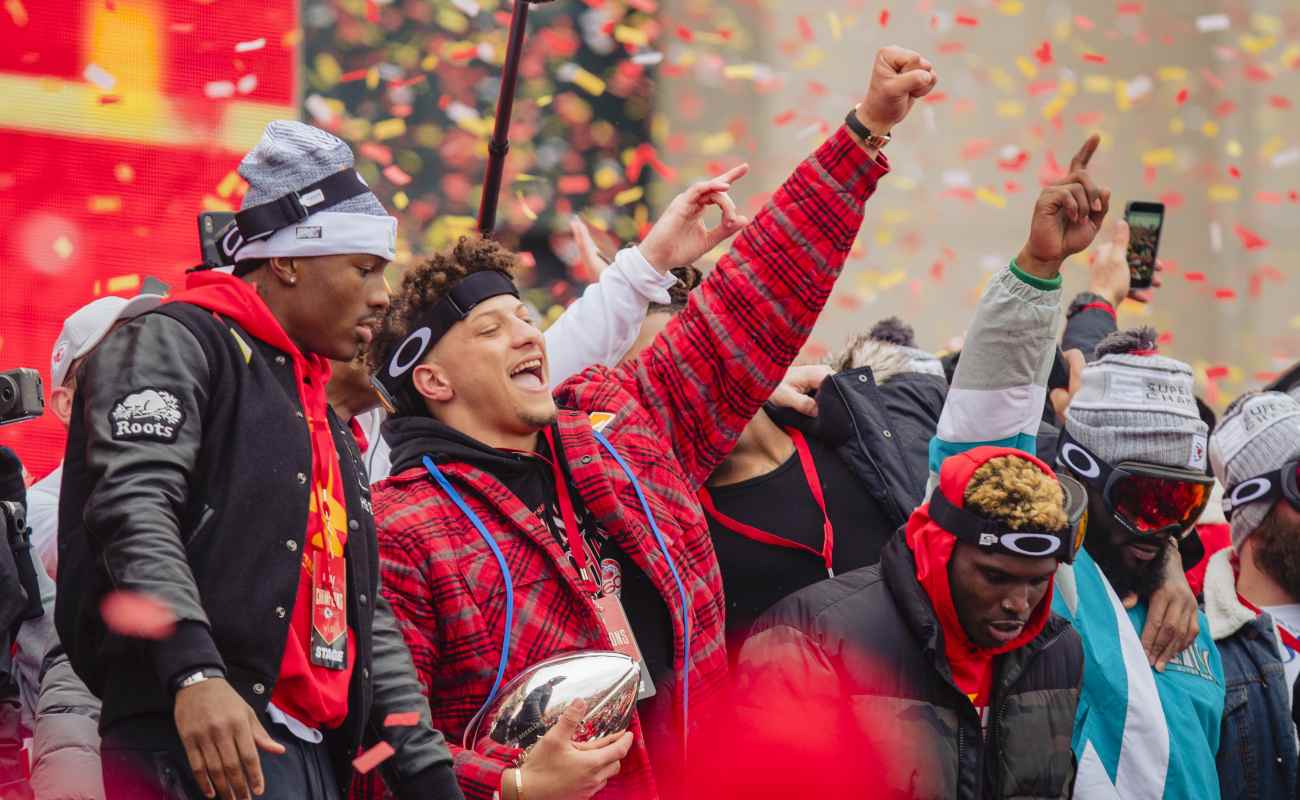 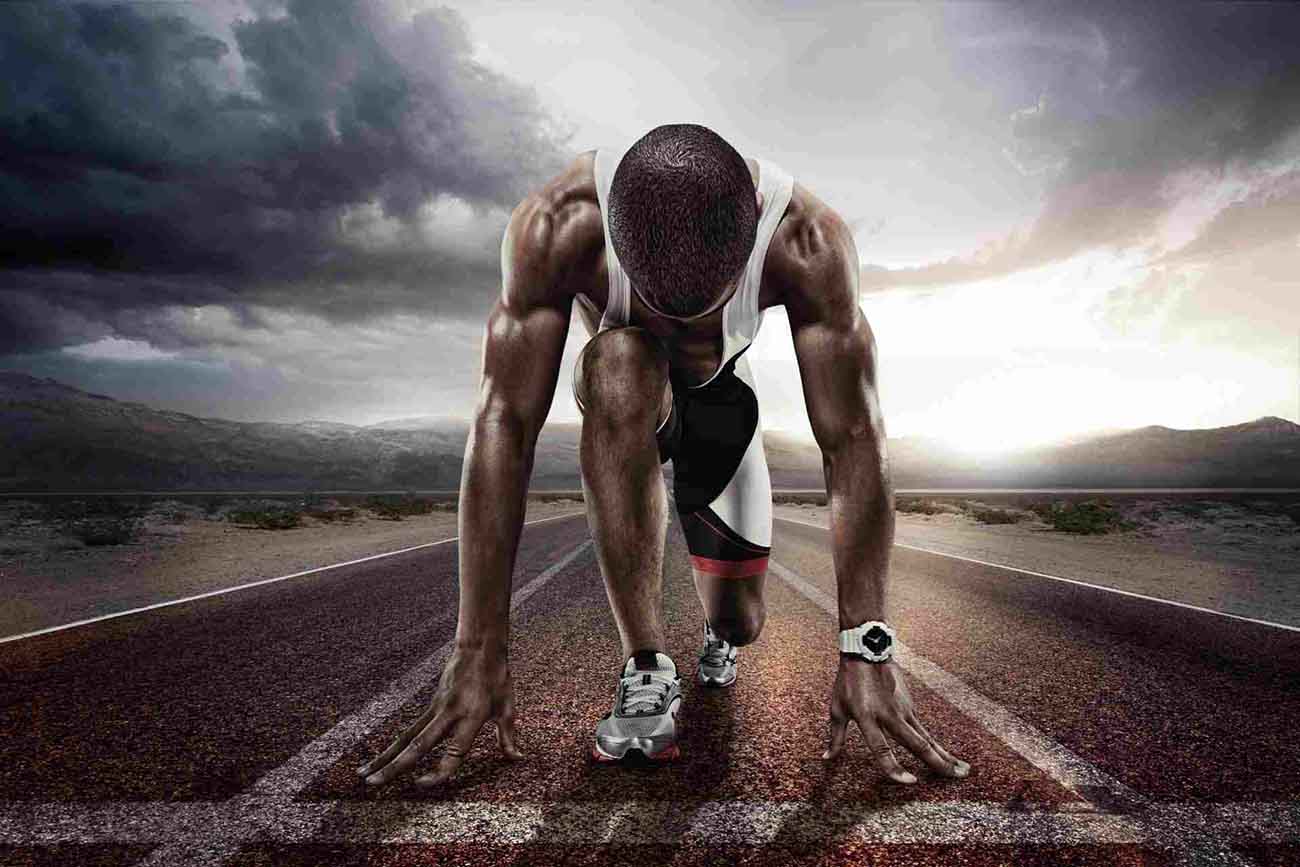 WORLD ATHLETICS INDOOR CHAMPIONSHIPS & CANADIAN MASTERS INDOOR CHAMPIONSHIPS The World Athletics Indoor Championships that were to be held March 13 - 15 2020, in Nanjing, China, has been postponed until March 19 - 21 2021, and the 2020 Canadian Masters Indoor Championships will not take place at all. COLLEGE ATHLETICS INDOOR AND OUTDOOR CHAMPIONSHIPS The College Athletics Indoor Championships and Outdoor Championships have been canceled for 2020. WORLD TRIATHLON SERIES The World Triathlon Series event in Abu Dhabi has been postponed until further notice. Keep checking in for updates. 2020 BOSTON MARATHON Set to take place on April 20 2020, the 2020 Boston Marathon has been moved to September 14. We’ll keep you updated if anything changes. SCHNEIDER ELECTRIC MARATHON DE PARIS The Schneider Electric Marathon de Paris will not see runners take to the streets until October 18, 2020. OSIM SUNDOWN MARATHON The Osim Sundown Marathon that would have been held on May 23 in Singapore, has been canceled for the first time in the race’s 13 year history. TORONTO MARATHON AND VANCOUVER SUN RUN Both the Toronto Marathon scheduled for May 3, 2020, and the Vancouver Sun Run set for April 19, 2020, have been canceled outright. LONDON MARATHON The iconic London Marathon has been moved from April 26 to October 4, 2020. Check back here daily for any updates or changes. THE WORLD HALF-MARATHON CHAMPIONSHIPS IN POLAND The World Half-Marathon Championships have been postponed, and are set to return to Poland on October 17, 2020. VIENNA CITY MARATHON AND HALF-MARATHON The Vienna City Marathon and Half Marathons have been canceled outright and will return in 2021. COMRADES MARATHON The Comrades Marathon in South Africa is still set to take place on June 14, 2020, but an official decision on cancelation or postponement will be made on April 15. JERUSALEM MARATHON The Jerusalem Marathon has been postponed and is scheduled to take place on November 6, 2020. BARCELONA MARATHON The Barcelona Marathon has been postponed until October 25, 2020. ATHLETICS EVENTS CANCELLED UNTIL FURTHER NOTICE Several marathons around the world have been postponed until further notice. You can find them below, and we’ll update them with the latest official info once new dates have been announced. These include: AUSSIE RULES 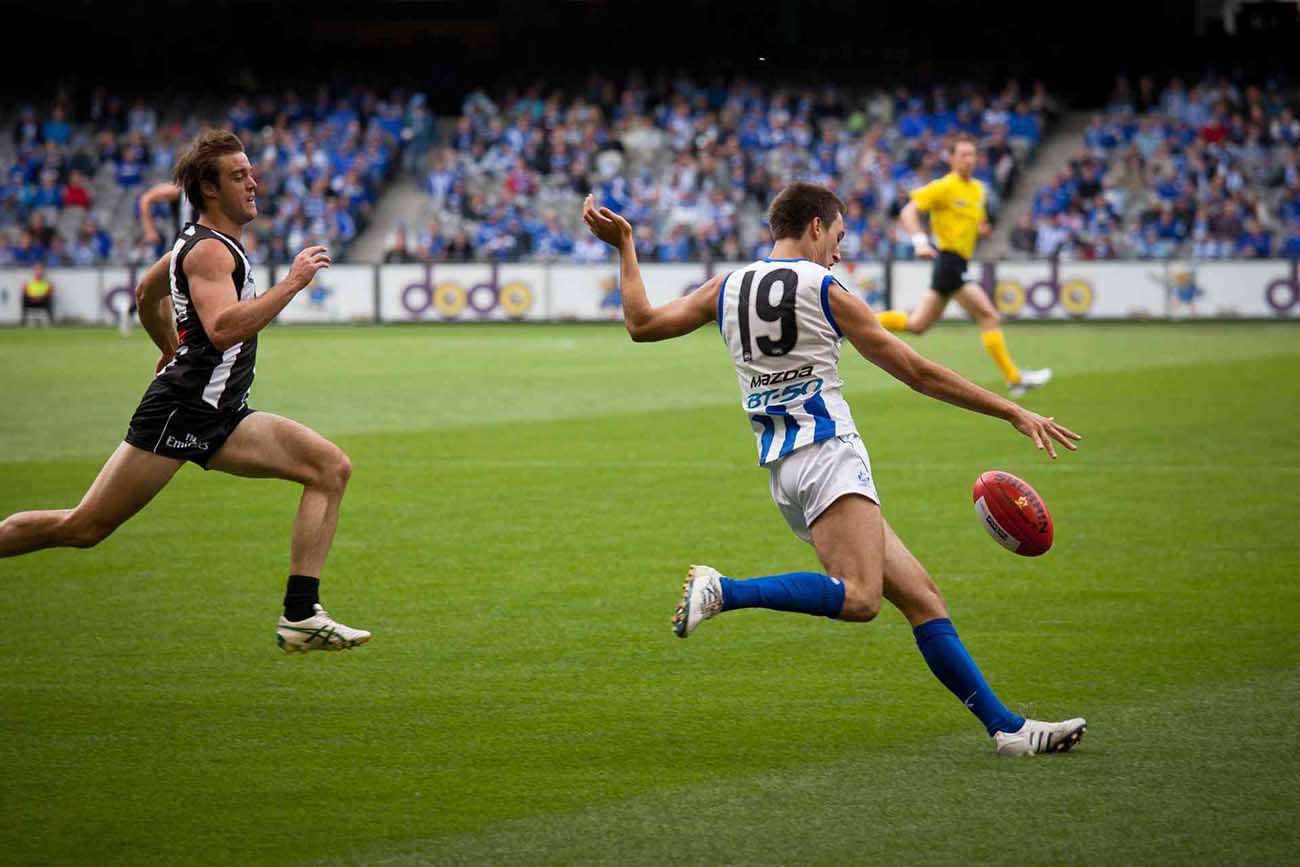 The AFL season first round was played but has now been suspended until May 31st when it will be reconsidered according to the Covid-19 situation. BASEBALL 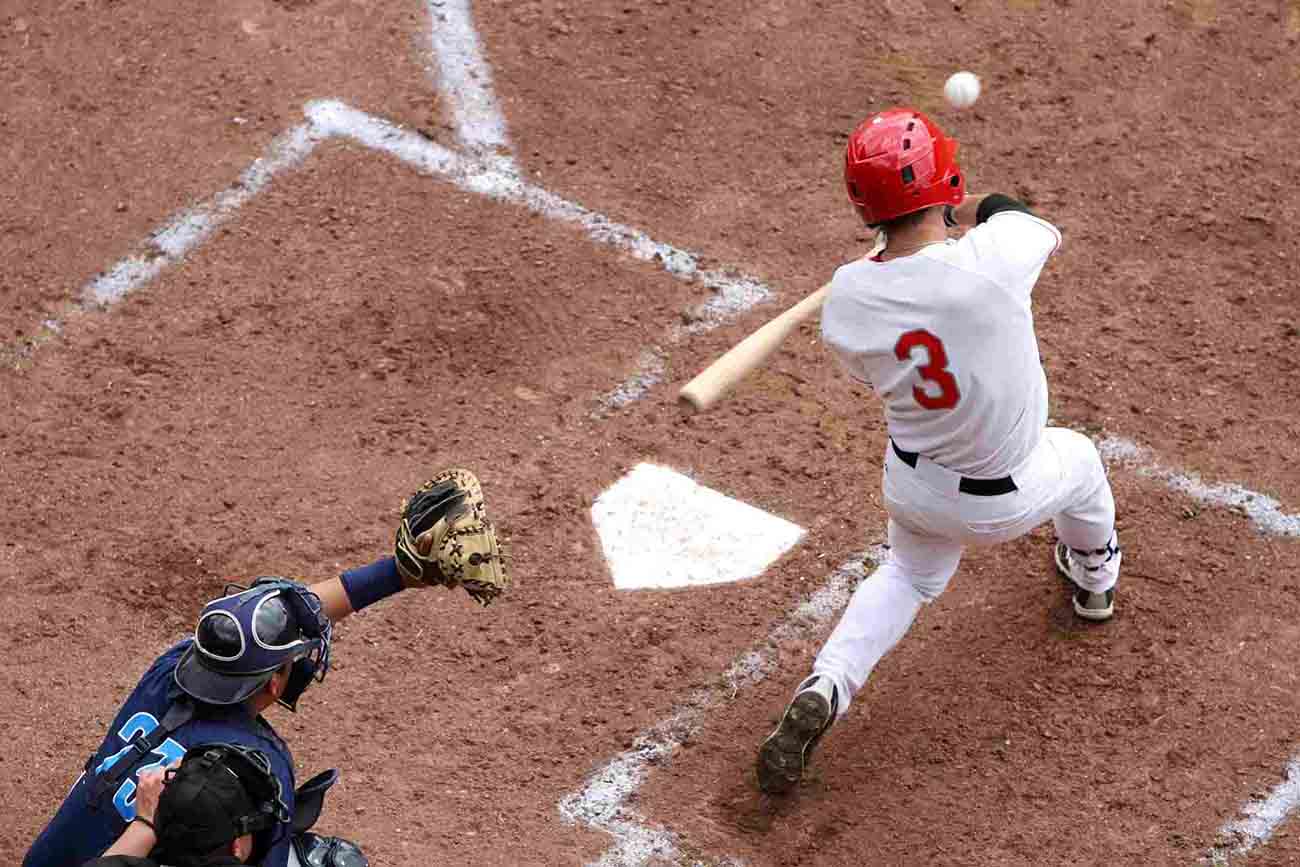 MLB SEASON Set to start on March 26, 2020, Major League Baseball has been postponed indefinitely. Keep your eyes on this page for updates. JAPANESE NPB The Nippon Professional Baseball League (NPB) has taken the decision to postpone the 2020 season until further notice, for the first time since the 2011 tsunami and earthquake crisis. The season could continue during the time vacated by the postponement of the Olympics. BASKETBALL 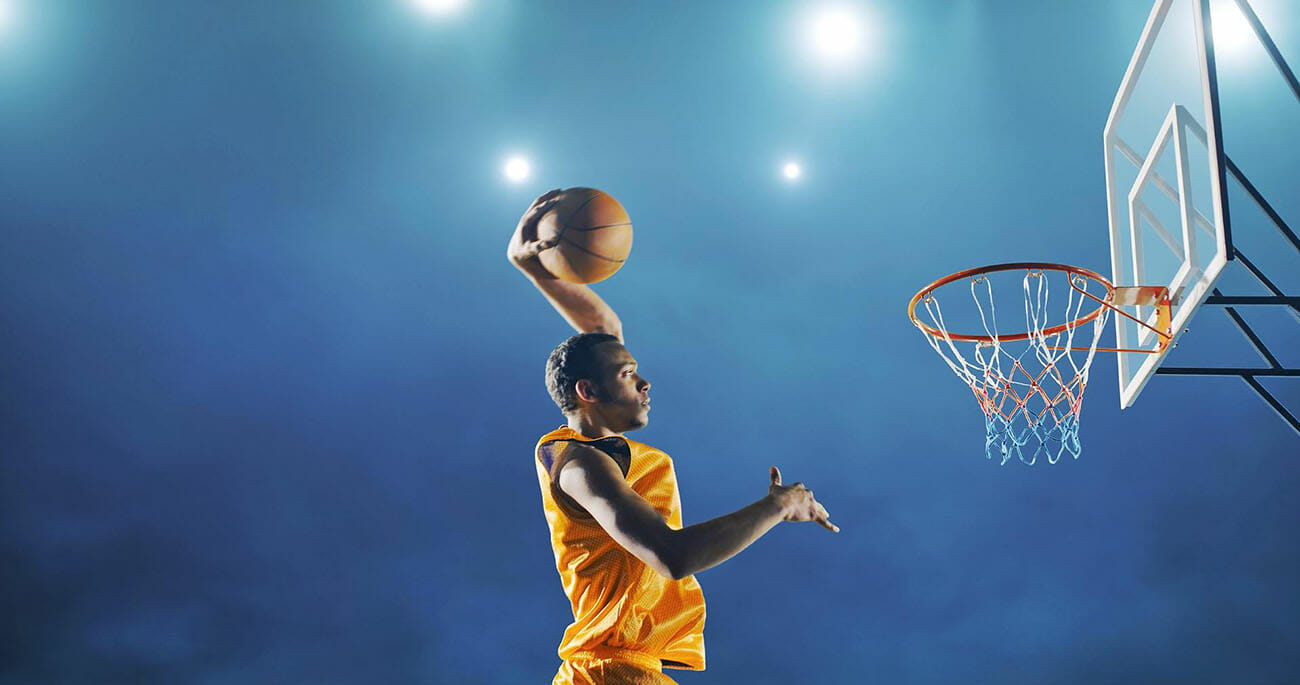 NATIONAL BASKETBALL SEASON The National Basketball season has canceled the 2020 season outright. If anything changes, we’ll be the first to let you know. JAPANESE B LEAGUE All first- and second-division games in the Japanese B League (a total of 95 games) have been suspended until at least 1 April 2020. BOXING 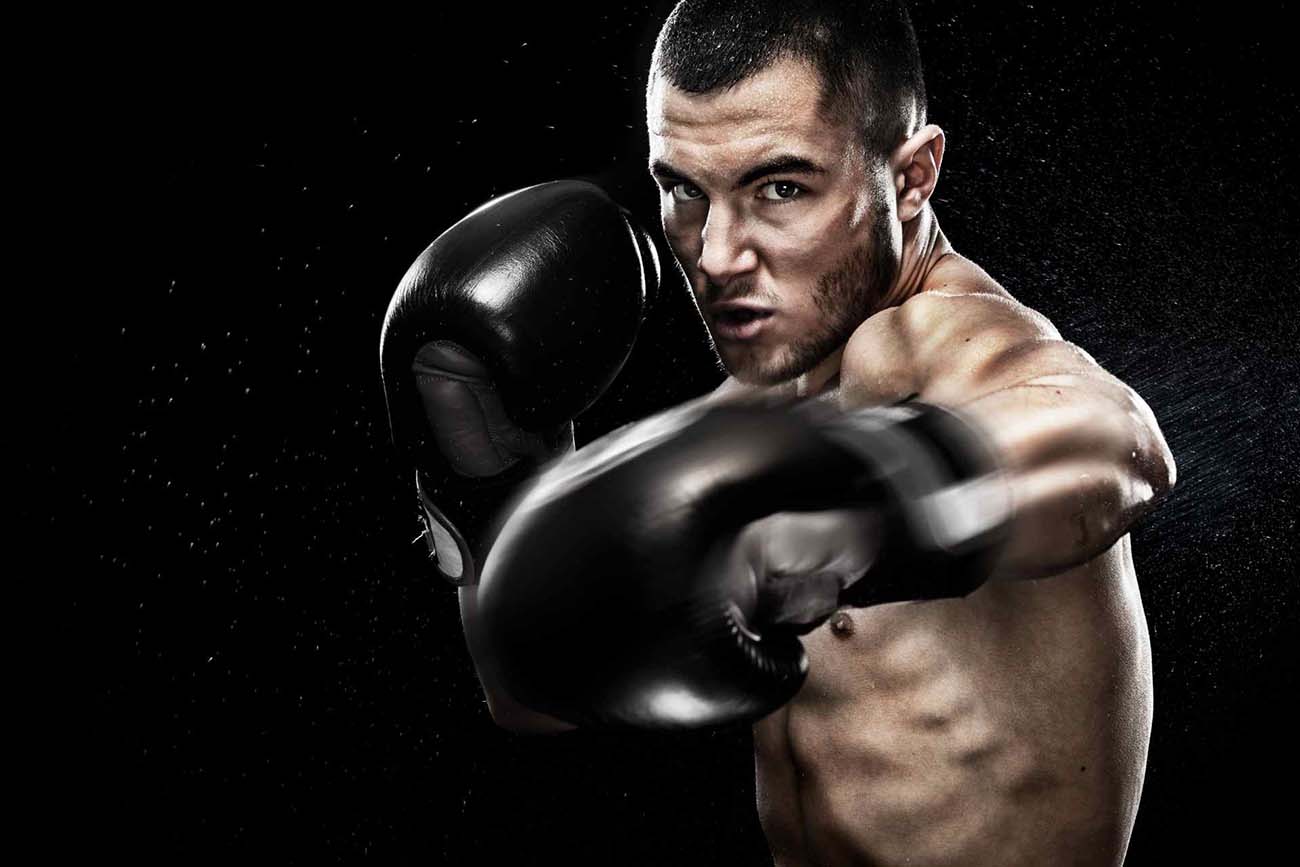 SCARDINA VS FRANCILLETTE The IBF title contest between Daniele Scardina and Andrew Francillette, set to take place in Milan on February 28, 2020, has been postponed until further notice. Tickets for the event that were purchased remain valid. As always, keep checking back for on-the-minute updates right here. DANIEL DUBOIS VS JOE JOYCE The heavyweight clash between Daniel Dubois and Joe Joyce has been postponed and is now set for July 11, 2020. If that changes, you’ll read it here first.  JAPANESE BOXING All fight cards have been canceled by the Japanese Boxing Commission. We’ll let you know when new dates have been set for the canceled fights. BRITISH BOXING The British Boxing Board of Control has instructed that all boxing events be canceled until the end of April, with further consideration taking place afterward. Keep this page in your bookmarks and check back regularly for updates. CRICKET ENGLAND VS SRI LANKA TOUR England's tour of Sri Lanka is postponed from March 13, 2020, until a date still to be decided. There will be no cricket played in the UK until further notice. INDIAN PREMIER LEAGUE (IPL) The 2020 Indian Premier League season will not start until April 15, at last count. Should that date change, we’ll have an update for you on this page. INDIA VS SOUTH AFRICA ODI India’s One-Day International series against South Africa, scheduled for March 13, 2020, has been postponed indefinitely. Check back regularly for updates. CRICKET WORLD CUP LEAGUE TWO TOUR The Triangular series between Scotland, the UAE and the USA in Florida, due to start on April 1, 2020, has been postponed until the global health crisis stabilizes. AUSTRALIA VS NEW ZEALAND ODI Australia's three-match One-Day International series against New Zealand has been canceled after only one game, with the Kiwi side rushing home in light of the recently announced travel bans. DARTS 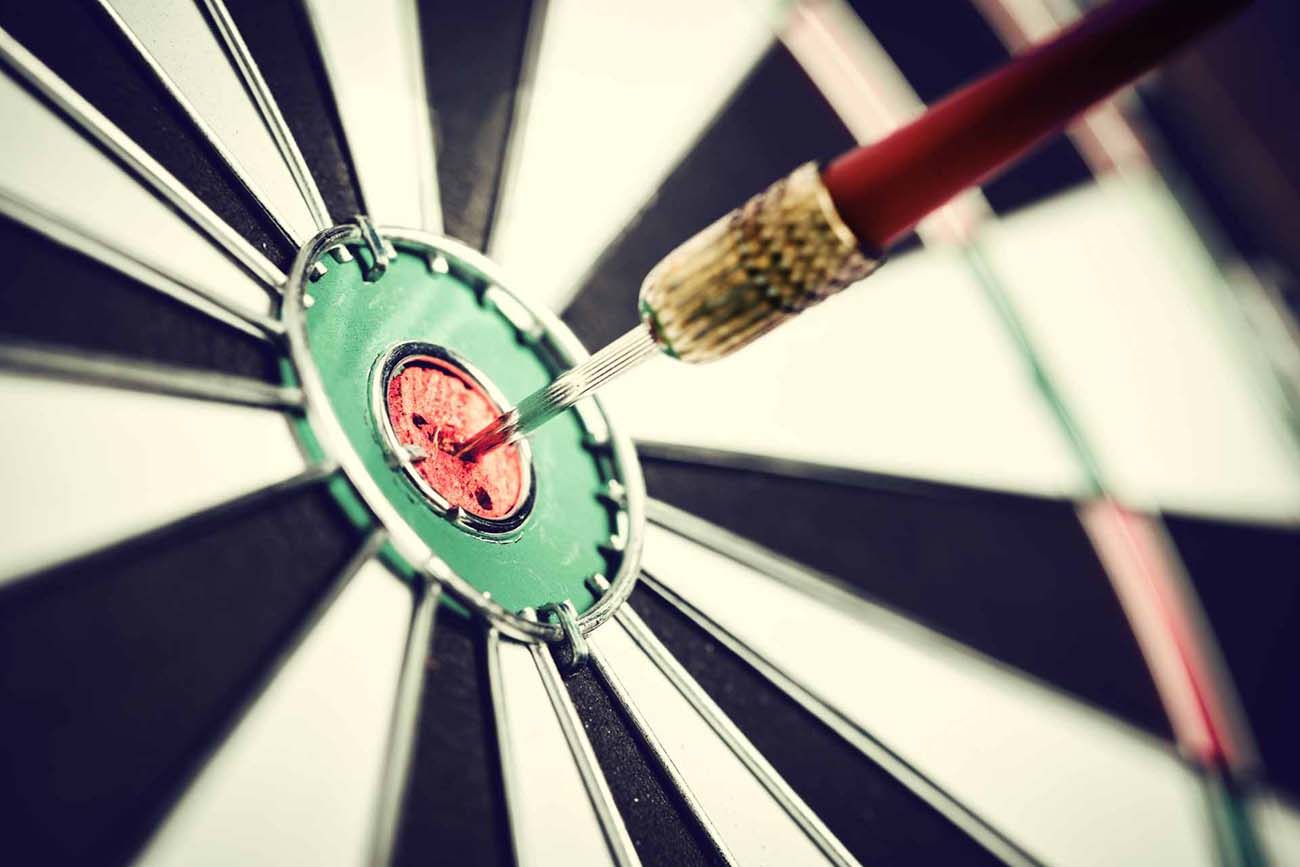 PREMIER LEAGUE DARTS TOURNAMENT The next round of Premier League Darts scheduled for Newcastle will not be contested until at least September. We’ll keep you posted with the latest news as it happens. AMERICAN FOOTBALL 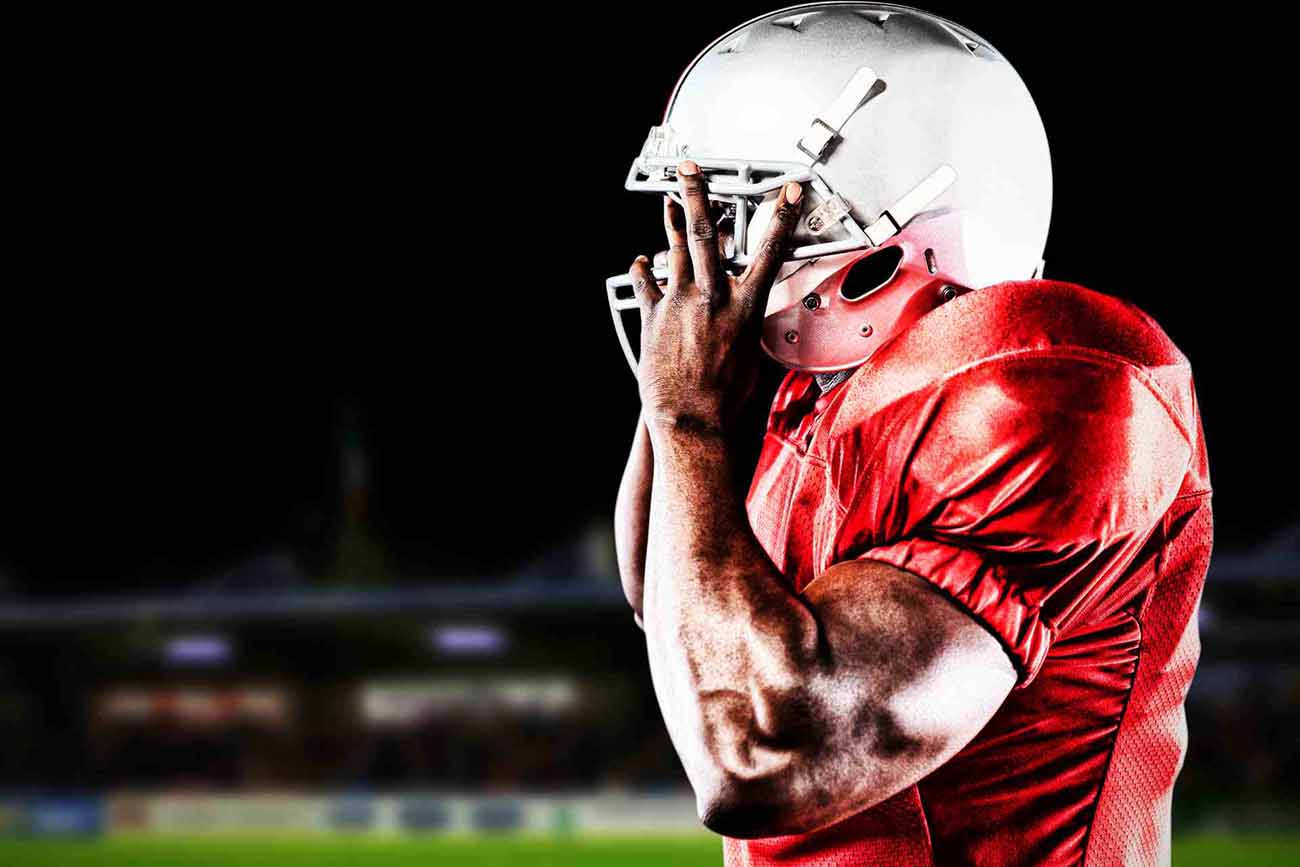 NFL While the NFL Draft of April 23 - 25 won’t be postponed, all public events have been canceled for 2020. According to official channels, “The NFL is exploring innovative options for how the process will be conducted and will provide the information as it becomes available.” As soon as that information hits, you’ll find it right here. The NFL and NFLPA have both agreed to delay the start of offseason programs until further notice. As always, we’ll update you with more information as soon as it’s available. GOLF 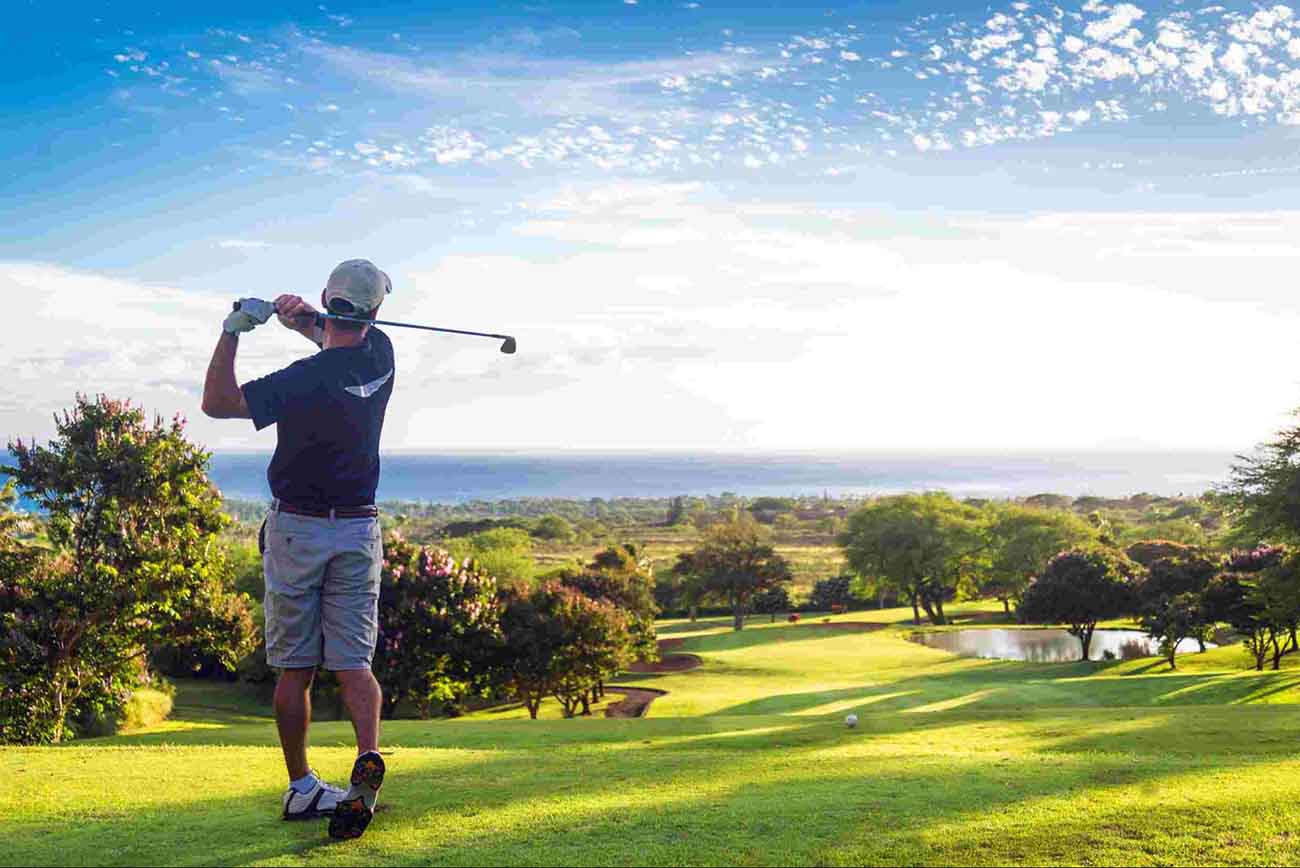 2020 MASTERS TOURNAMENT, AUGUSTA NATIONAL WOMEN’S AMATEUR AND THE DRIVE, CHIP AND PUTT NATIONAL FINALS The 2020 Masters Tournament has been postponed indefinitely, along with the Augusta National Women’s Amateur and the Drive, Chip and Putt National Finals. No new dates have been set at this time, but rest assured we’ll provide updates as soon as they are available. USA PGA CHAMPIONSHIP The US PGA Championship will now take place later this year, but a new date has yet to be announced. We’ll let you know as soon there’s an official date. PGA TOUR The PGA Tour has made the decision to “cancel or postpone” all events on all six tours for the week of the Valero Texas Open March, taking place from 30 March through to April 5, 2020, as well as the RBC Heritage (April 13 - 19 2020), the Zurich Classic of New Orleans (April 20 - 26), the Wells Fargo Championship (April 27 - May 3, 2020), and the AT&T Byron Nelson (May 4 - 10 2020). The USGA has also announced that the 2020 U.S. Open at Winged Foot Golf Club is scheduled to take place from June 18 - 21 2020. This is subject to change as the global health situation progresses, but we’ll keep you updated with all the latest. ICE HOCKEY 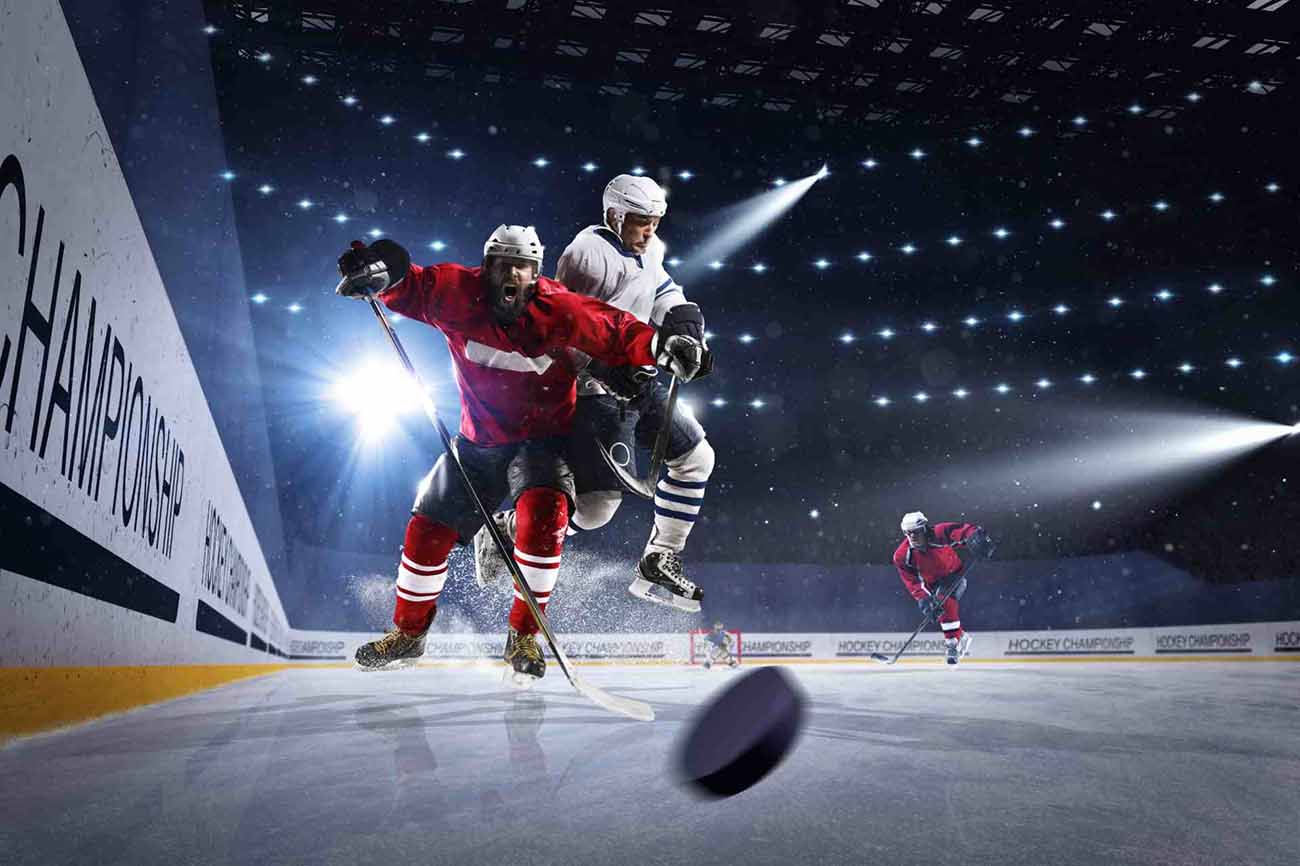 NHL The NHL has suspended the 2020 season with no current plans for when it will resume. Check back frequently to see if there have been any updates. IIHF WORLD WOMEN’S CHAMPIONSHIP The IIHF World Women’s Championship in Canada has been canceled outright. Fans will have to wait until 2021 for the next installment. MMA 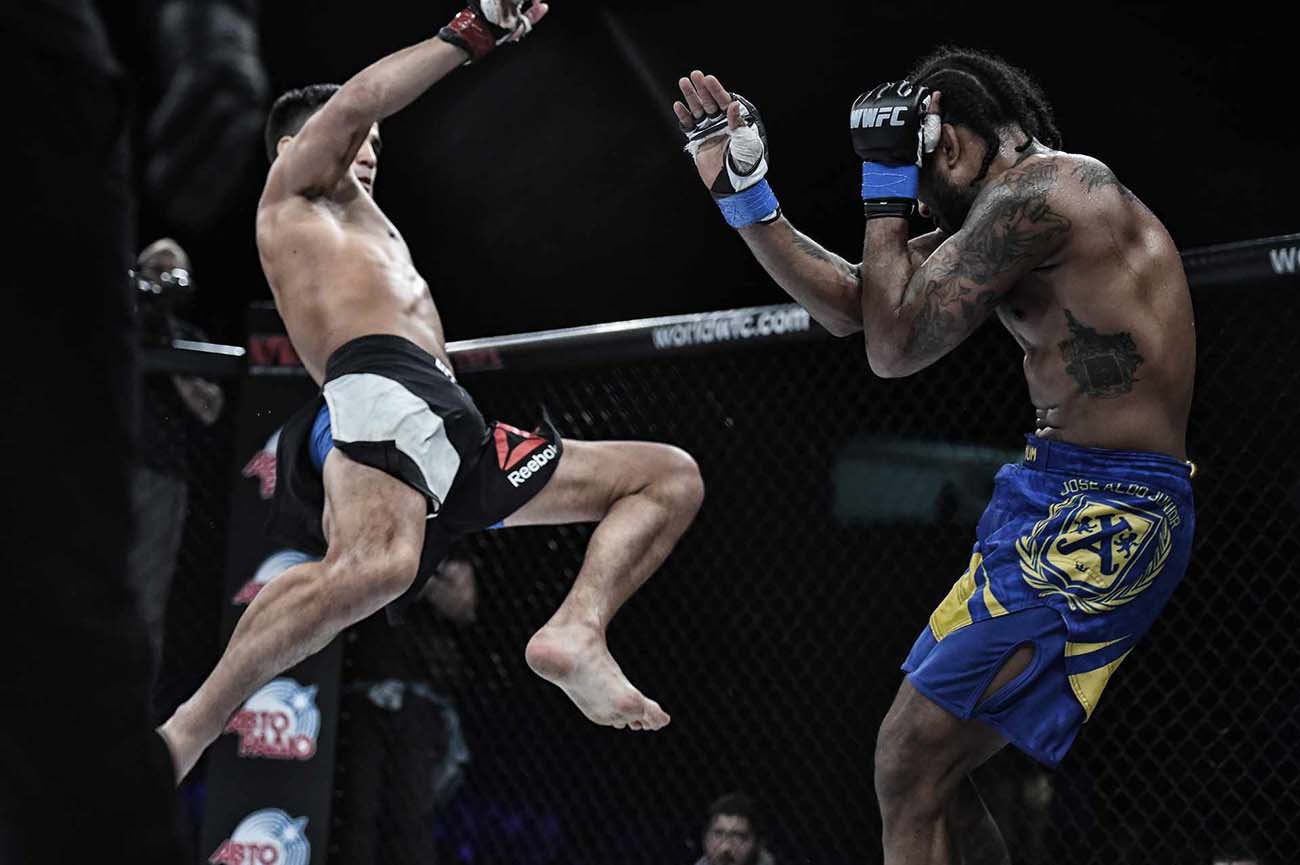 UFC The Ultimate Fighting Championship held its mixed martial arts card in Brasília behind closed doors with fights moved from the subscription service ESPN+ to ESPN. The UFC, which had resisted calls to cancel events, has now agreed to postpone its next three events to April 11, 2020. BELLATOR While Bellator had originally planned to go ahead with Bellator 241 in Mohegan Sun, the event was canceled at the last minute and all future events have been postponed until further notice. We’ll update this page frequently with any announcements. RUGBY 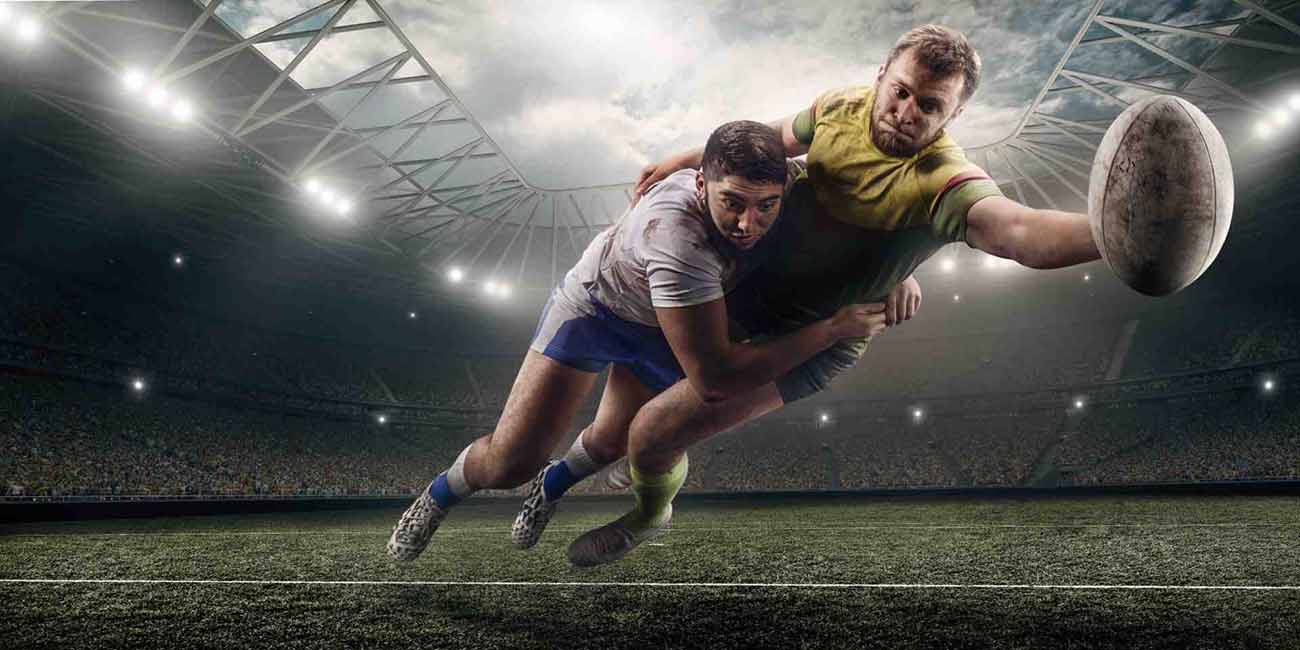 SIX NATIONS CHAMPIONSHIP All remaining Six Nations and Women’s Six Nations games have been postponed until further notice, while other contests have been canceled, including England vs Italy, Ireland vs France, and Wales vs Scotland. SOCCER 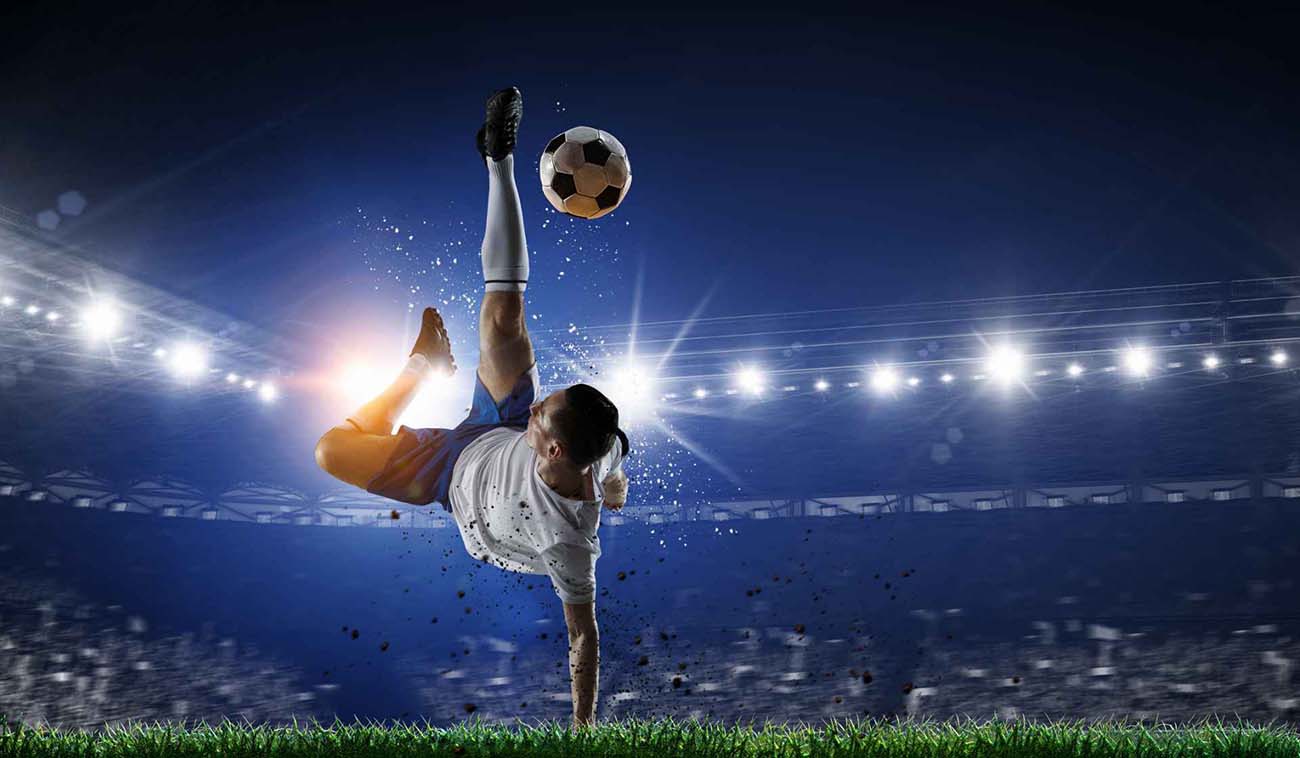 EURO 2020 The Euro 2020 tournament has been postponed for a year and will now take place in the summer of 2021. ENGLISH AND SCOTTISH SOCCER LEAGUES All top-level English and Scottish football has been halted until at least April 30, 2020. The Football Association, Premier League, English Football League, FA Women's Super League, and FA Women's Championship have all suspended play until further notice. This is evolving day by day and worth keeping an eye on. As soon as there’s an update from the sports bodies involved, you’ll find it on this page. Clubs and the FA are in talks as to how this could affect the summer transfer window. The FA Cup has placed all of England's games on hold in March. If the remaining games are to be played, it’s likely to be later in summer 2020, as the Euros have been moved to 2021. ENGLAND VS ITALY AND ENGLAND VS DENMARK INTERNATIONAL FRIENDLIES Both the England vs Denmark and England vs Italy international friendly games have been canceled. UEFA CHAMPIONS LEAGUE AND EUROPA LEAGUE The UEFA Champions League and all Europa League fixtures have been postponed without notice of new dates. We’ll keep you posted if, and when, an update is issued. CHINESE SUPER LEAGUE The Chinese Super League’s domestic fixtures have been put on hold, tentatively until April 18, 2020. Stay tuned for updates. AFC CHAMPIONS LEAGUE All AFC Champions League matches involving Guangzhou Evergrande, Shanghai Shenhua and Shanghai SIPG have been postponed until an as-yet-unannounced date in April. Make sure you’ve bookmarked this page and check back for daily updates. MAJOR LEAGUE SOCCER All MLS fixtures have been suspended, and at this time it’s estimated that the final may be pushed back as far as December 2020. More news on this as it unfolds. COPA AMERICA The South American Football Confederation has made the decision to postpone the 2020 COPA America until 2021. FIFA CLUB WORLD CUP FIFA’s Club World Cup has been moved to a new date and is now scheduled for China from 17 June - 4 July 2021. FIFA WORLD CUP QUALIFYING MATCHES FIFA has postponed all South American World Cup qualifying matches scheduled for March. As it stands there is no new date announced, but as soon as we have news to share you’ll find it here. TENNIS 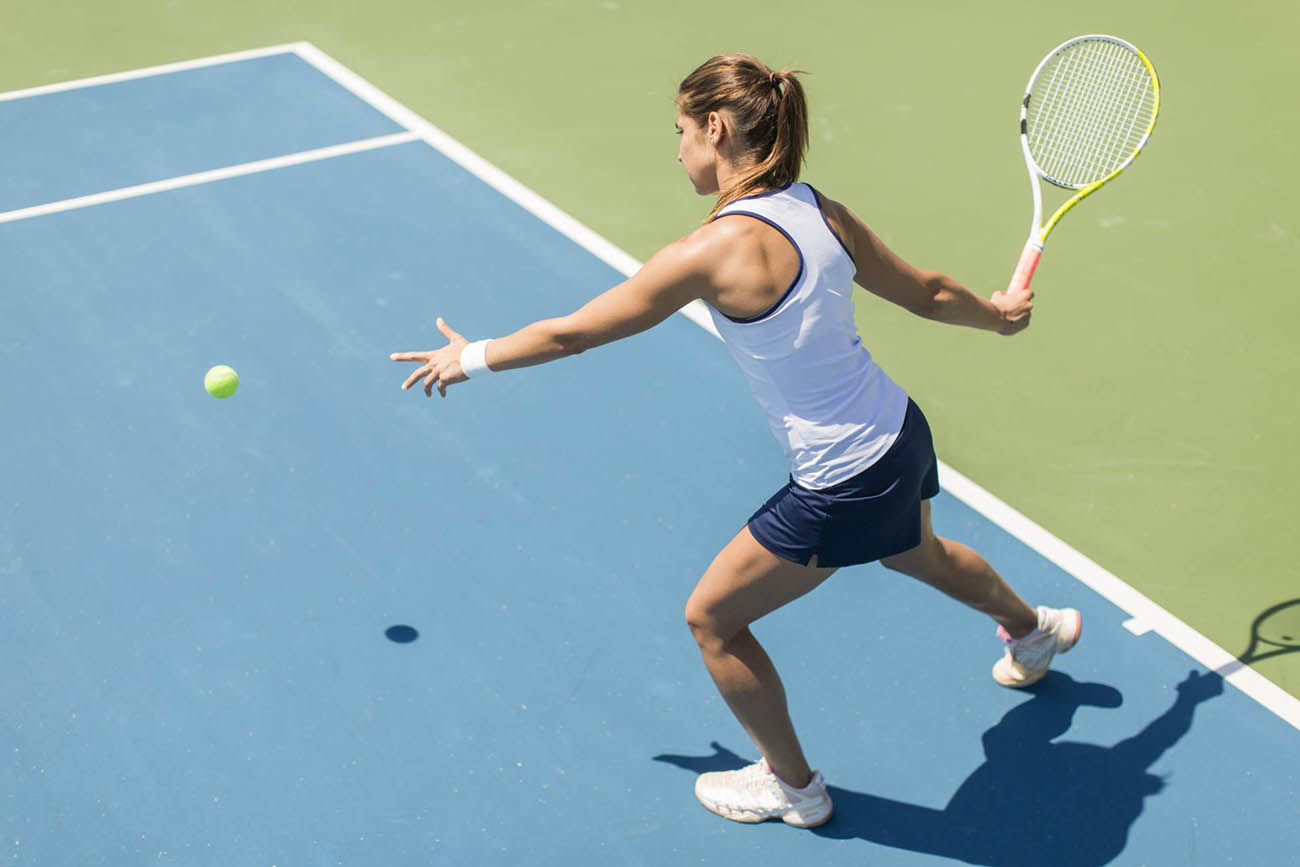 ROLAND-GARROS FRENCH OPEN The Roland-Garros French Open is scheduled to take place from 20 September to 4 October 2020, after the US Open. ATP AND WTA All ATP Tour and WTA events taking place until June 7 have been postponed until further notice. Any tournaments taking place from Jun 8 onwards are planned to go ahead as normal. We’ll include the latest information as it unfolds. INTERNATIONAL TENNIS FEDERATION The International Tennis Federation has postponed the Fed Cup finals that would have been staged in Budapest in April. All competition playoffs have also been placed on hold. For now, we’re waiting on information about when these will take place. Check back regularly for updates. GO AHEAD FOR ESPORTS 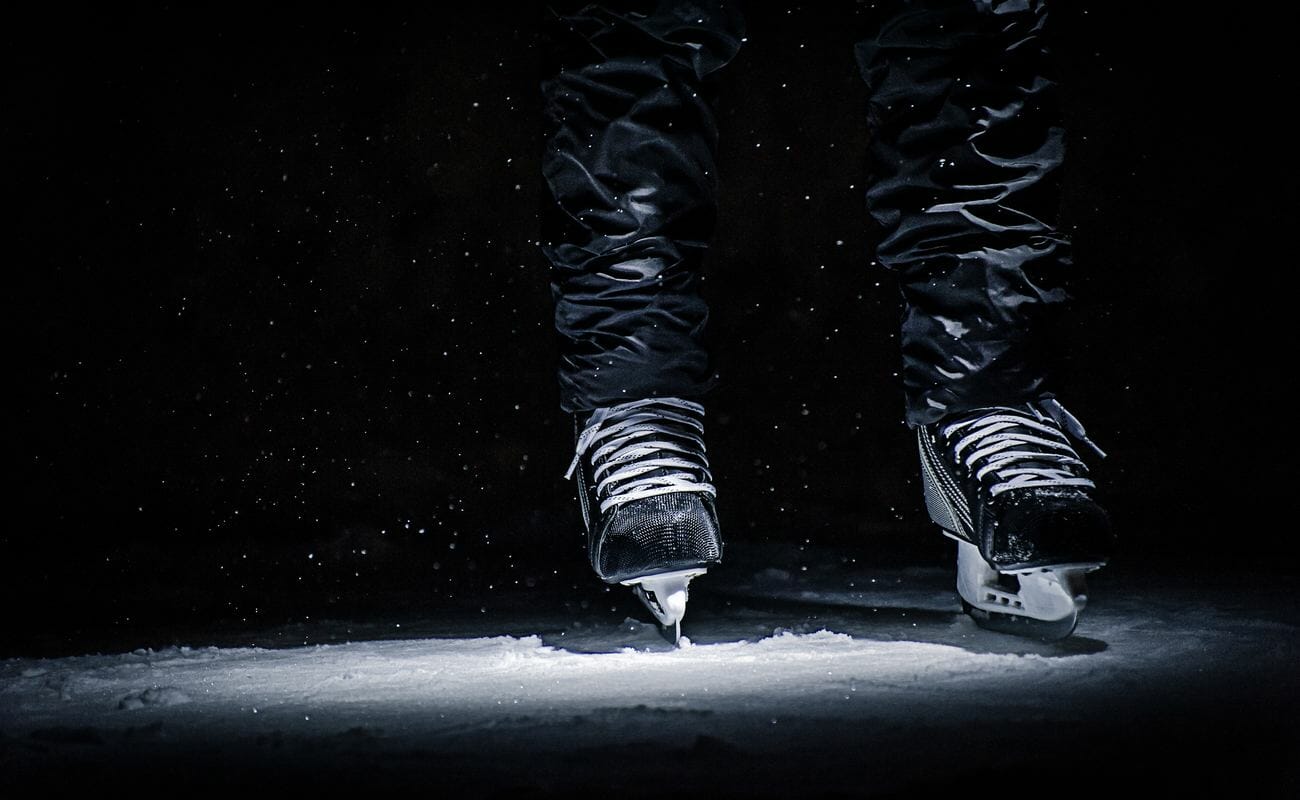 The gaming and eSports calendar for 2020 is jam-packed with events, but it’s also feeling the impact of postponements and cancelations. Where eSports may score over traditional sporting codes is that there is the possibility for organizers to move mass events online. LEAGUE OF LEGENDS Europe and North America's premier League of Legends leagues, the League of Legends European Championship (LEC) and the League of Legends Championship Series (LCS), all took place on March 20, 2020, as fully online competitions. The League of Legends finals are set for April 18 and 19 2020. STAYING ON TOP OF SPORTS BETTING TRENDS No matter what’s going on in the international world of sports, BetMGM can help you make smart wagers whether you’re an online sports betting novice or a seasoned pro. We give you great handicapping tools to help you make smart predictions. If you place bets on an individual or upcoming game that is ultimately canceled or has already been canceled, you will receive a full refund.