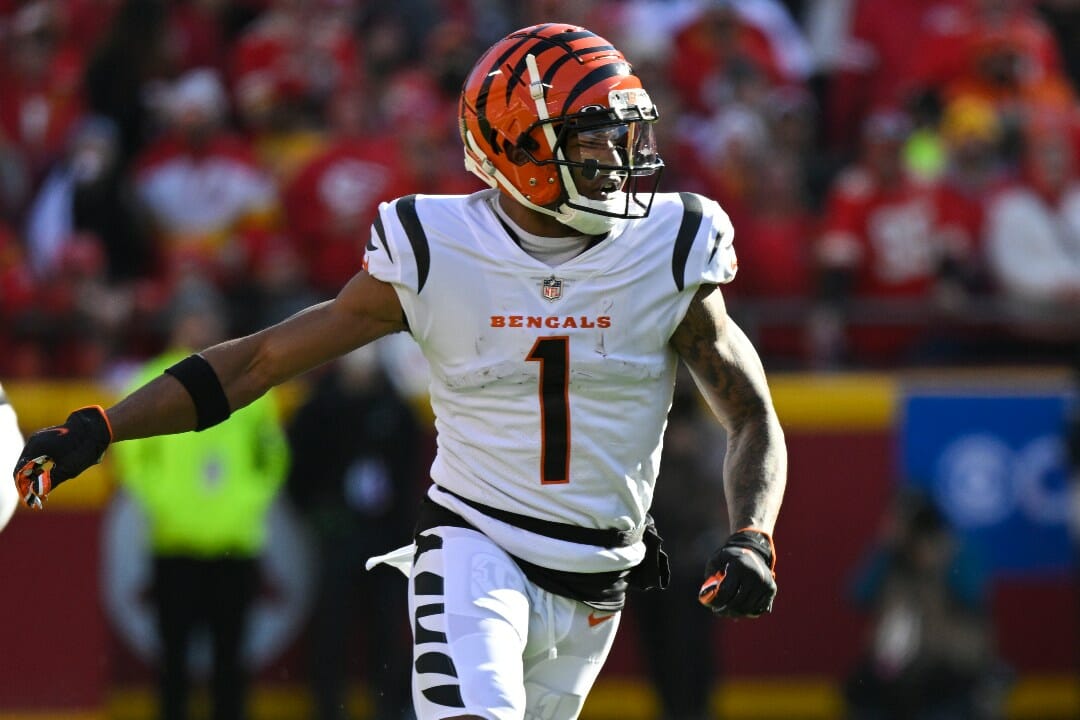 One month ago, Cincinnati Bengals wideout Ja’Marr Chase broke the single-game record for receiving yards by a rookie. Now, he’s getting ready to play in Super Bowl 56 alongside his college quarterback, Joe Burrow. Chase has been sensational this year, but he now has to face off against one of the top defensive backs in the game: Jalen Ramsey.

The Los Angeles Rams were 22nd in the NFL in pass yards allowed per game in the regular season, but the Rams also have one of the best shutdown corners in the NFL in Ramsey. Ramsey will likely match up against Chase for much of the game.

Chase and Ramsey Have Been Amazing During the Playoffs

The rookie phenom has topped 100 receiving yards in four of his last six games, including a remarkable 266 yard game in Week 17 against the Chiefs.

Ramsey is coming off an NFC championship game in which he limited two of the San Francisco 49ers‘ top receivers. The Rams DB didn’t allow a catch to either Deebo Samuel or Brandon Aiyuk when he matched up against them.

Comparing the Measurables for Chase and Ramsey

Ramsey is an inch taller than Chase, but the Bengals receiver has about seven pounds on Ramsey. Both players have nearly identical 40-times (Ramsey ran a 4.41 and Chase ran a 4.40), but Ramsey is also six years older than Chase.

It will be interesting to see how Ramsey holds up against Chase. If the Rams have to play high-low coverage against Chase, that could open up the door for other Bengals receivers like Tee Higgins and Tyler Boyd.

I think it’s time to stop betting against Joe Burrow, Ja’Marr Chase, and the Bengals. Chase will go up against an elite DB in Ramsey, but the Rams pass defense as a whole has struggled this season. That’s why the Rams rank just ahead of the Houston Texans and the Detroit Lions in pass yards allowed per game this year.

I like Chase’s odds to break 100 receiving yards during the Super Bowl if the Rams decide to leave him one on one with Ramsey. With +160 odds, it’s too tempting of a bet for me to pass up. If you want to bet on Super Bowl 56, head on over to the BetMGM online sportsbook to get the best odds. Sign up for an account today for a risk-free bet worth up to $1,000.