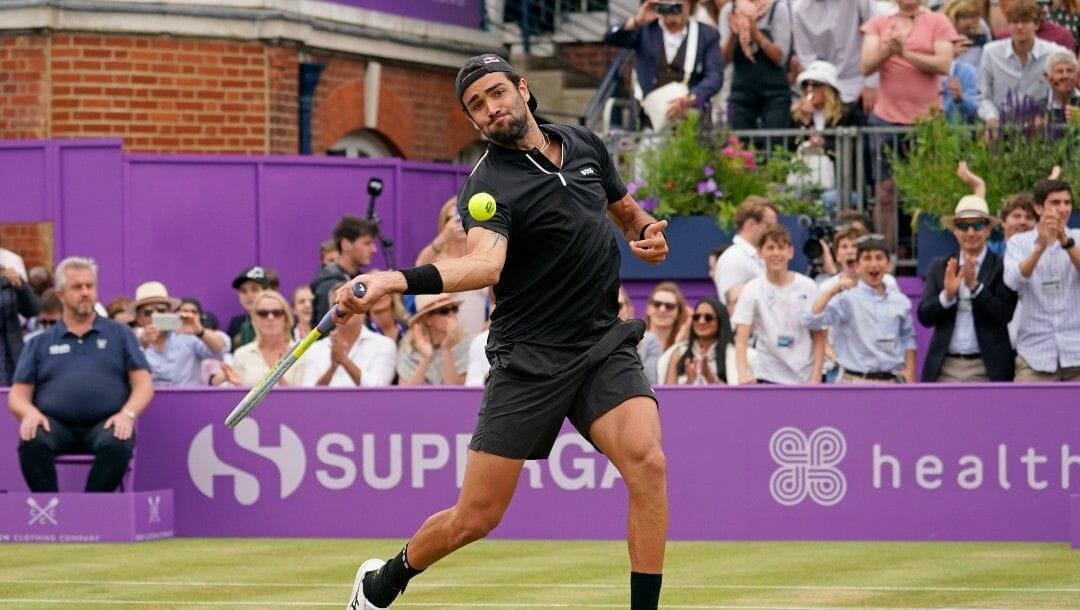 It doesn’t take long for drama to appear on the London lawn. The Wimbledon main draw is only two days old, with second-round matches getting underway on Wednesday, but some of the top names in men’s tennis have already disappeared from the tournament.

As a result, the Wimbledon odds markets are in major flux.

The second round of the Wimbledon Championships will be played without six of the top 11 men’s tennis players: No. 1 Daniil Medvedev, No. 2 Alexander Zverev, No. 6 Felix Auger-Aliassime, No. 8 Andrey Rublev, No. 10 Hubert Hurkacz and No. 11 Matteo Berrettini. Marin Cilic, playing as the No. 14 seed, is also a notable loss.

It’s very unusual to have this many top players missing from the tournament at this early stage.

Some of these names were known before the main draw even began. Medvedev and Rublev, for example, are barred from competition because of the ongoing conflict in Ukraine. Medvedev currently has the No. 1 ATP ranking.

Zverev is on the mend after surgery to repair an ankle injury.

But Berrettini, Cilic and Hurkacz are fresh departures with major Wimbledon betting implications.

Berrettini is one of the best grass tennis players in the world that saw huge tennis betting action before the start of the tournament. But on Tuesday, prior to his first-round match against Chilean Christian Garin, he was forced to withdraw from Wimbledon because of a positive COVID-19 test.

Berrettini was replaced in the draw by lucky loser Elias Ymer, who lost to Garin in straight sets.

Cilic was another popular pick to win a few games and perhaps challenge Nadal for the fourth quarter of the men’s draw. But, instead, he was forced out because of another positive COVID-19 test.

There’s also Hurkacz, who… well, he just lost. The Pole was another player who was expected to make a run at a Wimbledon title that felt more up for grabs than it has been in recent years. He beat Roger Federer en route to last year’s semifinals, then defeated No. 1 Medvedev in the ATP Halle championship round about a week ago.

But Hurkacz played like crap. He faced three match points in the third set against Alejandro Davidovich Fokina, somehow fending them all off and winning the frame to stay alive. He rode the momentum all the way to the fifth set, where a triumphant comeback win was within reach.

But the fifth set (and thus the entire match) went to a tiebreak, which Hurkacz promptly lost, 10-8. It might end up being the craziest match of the entire tournament.

Cilic and Berrettini are two of just five players to reach the Wimbledon Championship finals in the last five years. The others are Djokovic, Roger Federer (not playing this year), and Kevin Anderson (retired).

Wimbledon Odds: Who Will Win the Men’s Wimbledon Championship?

With real Wimbledon competitors dropping from the draw left and right, the biggest winners are – regrettably – Nadal and Djokovic.

The winners of 42 combined major tournaments hardly needed any extra help. But with fewer top players left in the tournament, Nadal and Djokovic are much less likely to be truly challenged before the final two rounds.

While high-end grass competitors like Berrettini and Cilic could have presented a formidable challenge – especially to Nadal, who is playing on his weakest surface – the reality is that top-40 caliber players are unlikely to challenge two of the greatest players ever.

In the bottom half of the bracket, Rafael Nadal has moved down from +700 just a few days ago to +400.

Going forward, we should expect a very chalky tournament.