Wimbledon Betting: Round 3 Picks on the Women’s Side 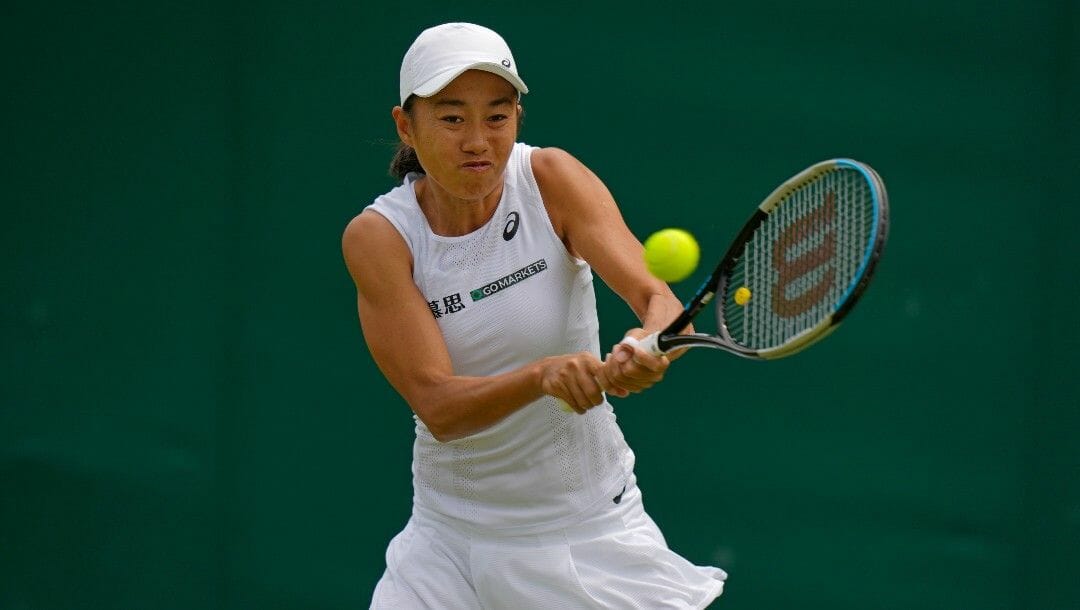 Featuring several head-to-head matchups with players of similar world rankings, the women’s draw at Wimbledon is shaping up nicely for Friday’s third-round contests.

According to Wimbledon odds, Iga Świątek opened pre-tournament as the +1000 favorite and is currently pegged at +225 to win her second straight Grand Slam tournament. Third seed Ons Jabeur is sitting as the +450 second favorite after opening at +2800 pre-tournament.

Here are two games from Friday’s Round 3 action that offer solid value.

Shuai Zhang vs. Caroline Garcia will be one of the most hotly contested, exciting third-round matches on the women’s side of the draw.

Both competitors are playing the best they ever have on grass, with Garcia coming off a tournament win at Bad Homburg and Zhang making the final of the Rothesay Classic in Birmingham before withdrawing due to an injury.

Zhang has, discounting her injury withdrawal at Birmingham, won six on the bounce, and Garcia has triumphed in seven straight on grass. The Chinese player is the world No. 41, and Garcia is ranked 55th. Zhang and Garcia have played each other three times, with Zhang winning two of three.

Garcia hasn’t beaten Zhang since 2014, while the 41st-ranked Chinese player got the better of the Frenchwoman in straight sets earlier this year.

Before the current tournament, Garcia failed to advance past the first round in three successive Wimbledon’s. Zhang was eliminated in the first round last year but qualified for the quarterfinals, her best result, in 2019.

Wimbledon betting odds marginally favor Garcia, but Zhang, based on her head-to-head edge and recent Wimbledon superiority, should have the slight advantage going into this appealing contest.

Look for Zhang, in a closely contested three-set affair, to advance to the fourth round for the second time in her career.

Wimbledon odds have Alison Riske-Amritraj as the clear, if not commanding, favorite in this third-round match.

Riske-Amritraj, the world No. 36, bowed out in the first round of her two previous tournaments. However, in the preceding tournament, she advanced to the final, losing to Brazil’s Beatriz Haddad Maia at the Nottingham Open.

So perhaps fatigue was to blame for her poor showings at the Birmingham Classic and Eastbourne International.

The 31-year-old American has once, in 2019, made it to the quarterfinals at Wimbledon. In addition, she has made it to the third round in four of her 10 previous Wimbledon appearances.

Marie Bouzkova, the 66th-ranked player, has never faced Riske-Amritraj. The 23-year-old, hailing from the Czech Republic, is making her third Wimbledon appearance. Regardless of what happens on Friday, she has already matched her career best at the All England Club. A win will take her into the third round for the first time.

The American’s wealth of experience on the lawns of Wimbledon and superior ranking will prove decisive in this third-round contest. Look for Riske-Amritraj to prevail in straight sets and advance to the fourth round for the fifth time.

Live sports betting is a unique way to take your tennis betting experience to the next level!

Available for thousands of matches each year, live betting odds allow you to place a bet during the middle of a match. Whether you want to hedge against a futures bet, increase your investment on a pre-match bet, or place an entirely new wager, there’s something for everyone.

Visit the sportsbook today to get closer to the court!