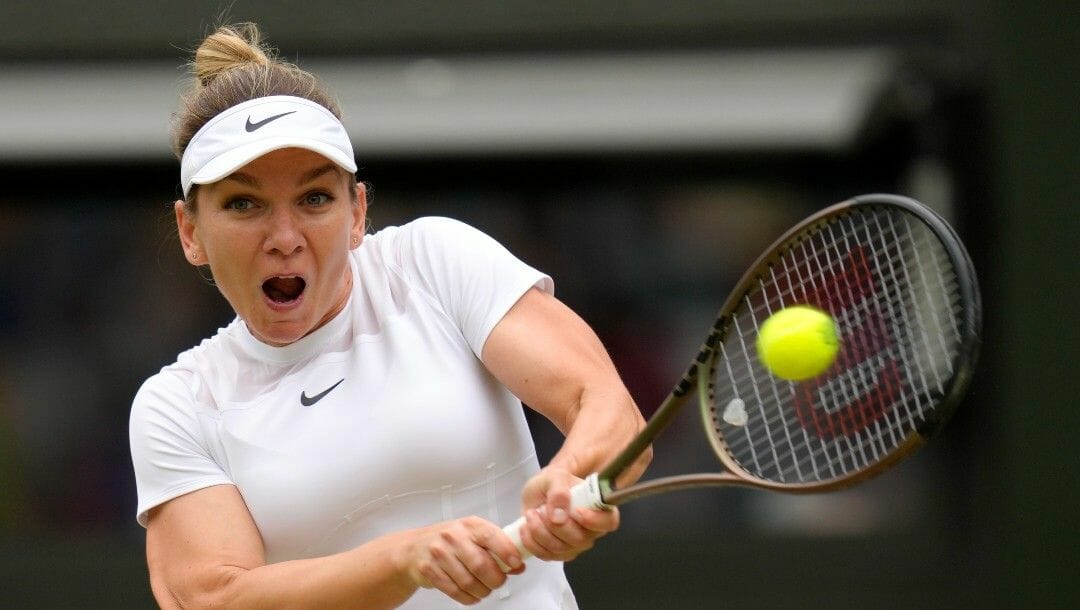 Simona Halep, who is looking for her second Wimbledon crown, stands between Elena Rybakina and her first Grand Slam final berth.

Wimbledon betting odds have Halep as the +110 favorite to win The Championships. The Romanian started the tournament at +1000.

Rybakina, who started her Wimbledon journey at +1600, is the +500 third-favorite according to Wimbledon odds.

Due to a neck injury, Halep withdrew from her semifinal contest against Bianca Andreescu at the Bad Homburg Open before Wimbledon. Without that forfeit, Halep is 11-1 on grass this season.

Make that 12 wins in a row at Wimbledon for @Simona_Halep

The Romanian is yet to drop a set at this year's Championships#Wimbledon | #CentreCourt100 pic.twitter.com/brBHQUk95i

Halep has dropped just two sets in those 12 matches, none of which at Wimbledon. The Romanian, as she wasn’t able to compete at last season’s Wimbledon, is by all intents and purposes defending her 2019 crown.

Halep dismantled Amanda Anisimova in the quarterfinal, winning 6-2, 6-4 in 63 minutes. That demolition of the upstart 20-year-old American took three minutes longer than her fourth-round victory over fourth seed Paula Badosa and seven minutes more than her championship-sealing triumph over Serena Williams in 2019.

Suffice to say, fatigue won’t be an issue for the grass-court specialist.

While her opponent is by no means Halep’s equal on turf, the 23-year-old Kazakh certainly knows her way around a grass court.

Rybakina started slowly in her quarterfinal match against Ajla Tomljanović, losing the first set before coming to life in the final two.

Rybakina books her place in the semi-final with a 4-6, 6-2, 6-3 win over Ajla Tomljanovic#Wimbledon pic.twitter.com/OZTdZPlYNx

That opening-set loss stands as the only one she has dropped all tournament.

On form and into a first ever Grand Slam semi-final – Elena Rybakina ✨#Wimbledon pic.twitter.com/EQOEz6bWwE

The Kazakh has won 20 of 27 grass-court matches since turning pro in 2016, a 74% success rate. She has acquitted herself to the lawns of the All England Club with the maturity and composure far beyond what is expected of a 23-year-old appearing at her second Wimbledon.

But therein lies the rub.

Rybakina has qualified for the semifinal in only her second appearance at The Championships. Her first visit to Wimbledon last year ended in the opening round. That inexperience will prove decisive against the 30-year-old two-time Grand Slam champion, who is appearing in her 10th Wimbledon.

Rybakina has a powerful serve and a menacing forehand, posing problems for Halep. The 23-year-old should have enough to force a third and decisive set but won’t be able to land a knockout punch against the diminutive Romanian.

Look for Halep to prevail in three sets and advance to her second Wimbledon final.

With live betting, you can place wagers during thousands of matches each year. As you watch Rafael Nadal in the French Open on TV, stream a Serena Williams match from your phone, or track Wimbledon scores online, you can place live bets.