Wimbledon for Beginners: Avoid Clay Specialists on the Lawn 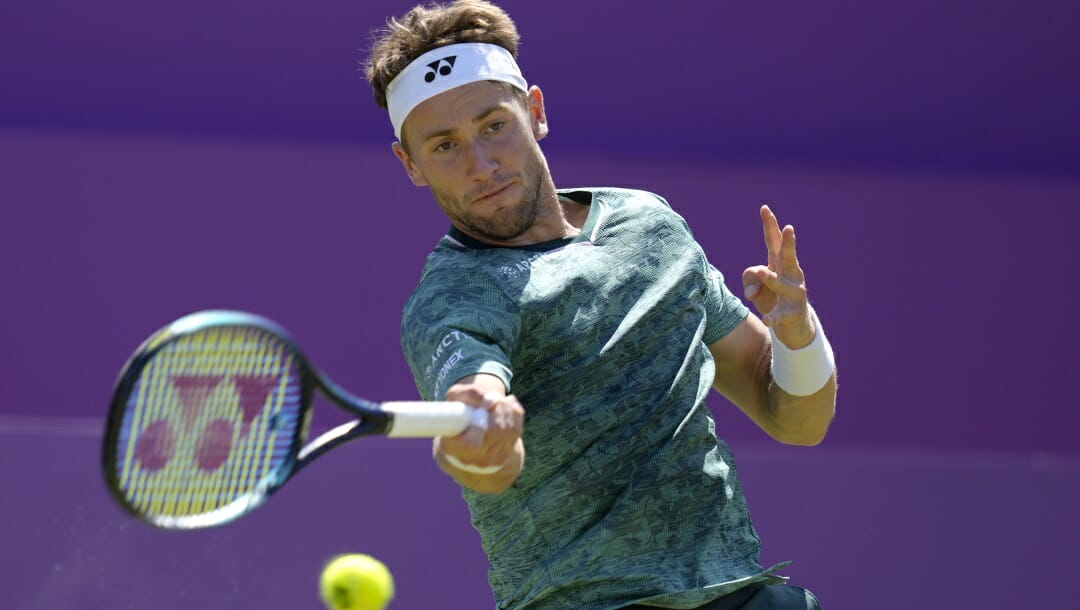 The Wimbledon draw will be released to the public on Friday, which means we’ll all have first-round Wimbledon odds available at the sportsbook soon after.

It’s definitely an exciting time to get into tennis betting. But as with any sport that bettors may be unfamiliar with, tennis comes with its own idiosyncrasies that may present unknown challenges to gamblers looking to bet the sport for the first time.

One of the key lessons to remember when betting tennis odds – and Wimbledon specifically – is that not all tennis tournaments are created equal.

To be more specific: not all tennis courts are created equal.

Wimbledon Betting: How to Bet on Tennis at the Wimbledon Championships

One of the key things for novice tennis bettors to understand about Wimbledon betting is that it’s a grass court.

I can hear you now. “So what? Why does that matter?”

But grass tennis is a bit unusual. It’s quite posh, as our friends in London might say, and is fairly endemic to European tennis in late June.

Let’s put it this way. If you’re an American and you’re reading this, ask yourself this question: have you ever even seen a grass tennis court?


The professional tennis season runs most of the year, starting in January in Australia and running all the way until the ATP Championships in November. For much of the first three months – including at the Australian Open – the court style is called hardcourt. For Americans, this is almost certainly the kind of court you’ve seen at your high school or local park.

In the spring, most of the prominent tournaments played through early June are on clay. Many of these are located in western Europe – Italy, Spain, Monte Carlo, etc. It culminates with the second major of the year, the French Open.

Throughout most of the summer and autumn, players will jump around to various tournaments, playing on indoor hardcourt, outdoor hardcourt at the US Open and occasionally more clay. There are even a few exotic surfaces, like acrylic.

But it’s these three or four weeks in late June and early July where grass has its moment. And understanding that grass is a blip in the calendar is actually a major key to unlocking strong Wimbledon betting opportunities.

Playing on clay is thick and slow. The physics of the dirt slows down the pace of play. It favors a certain style of slower, more methodical tennis.

Playing on grass, on the other hand, is the fastest tennis that exists anywhere on tour.

That flip from slow clay to fast grass is what can be tricky for so many bettors.


Let’s say you’re a frequent MLB odds bettor. A few times a year, you might notice that one team is really hot and jump on the bandwagon. Right now, it’s the Red Sox – they’ve won 16 of their last 20 games. You might consider targeting the Red Sox every day when putting together your MLB card.

This isn’t necessarily something you can do in tennis, since the sport fundamentally changes as the season transitions from clay to grass.

Casper Ruud is a perfect example of this. Norway’s No. 1 player went 21-6 on clay this year, capping an impressive spring with an appearance opposite Rafael Nadal in the French Open Final. He enters Wimbledon as the No. 3 seed. He’s a hot player.

He’s 80-to-1 in the Wimbledon men’s odds. And there’s a reason it’s that low! Ruud has never been a strong grass player.


How about Nadal? He’s the current record holder for most major championships ever, and he’s won both of the first two major tournaments during this calendar year. He should be the favorite at Wimbledon, right?


Except he’s not. He’s behind both Novak Djokovic and Matteo Berrettini – a well-known Italian player that’s very good but never won a major.

Why? Because Berrettini is a good grass player, and Nadal is not.

Keep this in mind when you make your first Wimbledon bets. Just because a player had a successful spring campaign on tour does not mean they’re a good bet at Wimbledon.

If anything, one of the smartest things you can do is find someone with a track record of success on grass, but who’s coming off a poor spring showing. Bet them at great odds, and count your money later.

Take your NBA experience to the next level with daily NBA odds at BetMGM!

Whether you’re a first-time bettor browsing moneylines for the New York Knicks, a casual basketball fan building parlays, and a longtime diehard breaking down shooting trends for Steph Curry prop bets, there are odds for everyone.