Public is Betting Against Trends at WM Phoenix Open 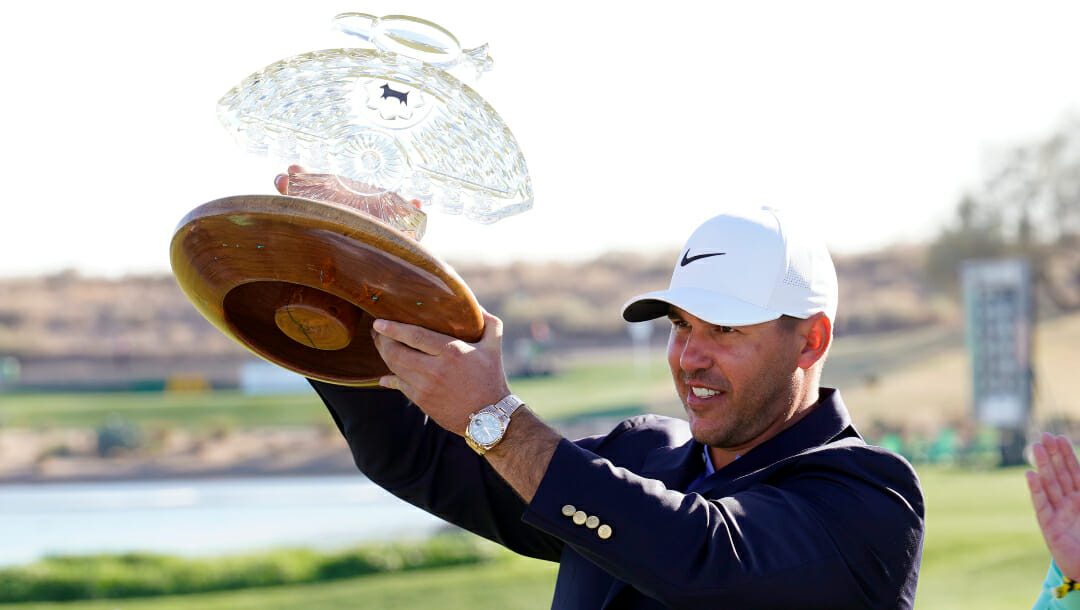 Brooks Koepka escaped “dark places” with his win in the 2021 WM Phoenix Open, a 5-stroke final-round comeback that extended two notable trends at TPC Scottsdale. One year later, bettors are wagering against those trends.

“Those dark places, a lot of tears, questioning yourself, and in dark places mentally,” Koepka said after his 1-stroke win last February, referencing an injury-riddled 19-month stretch in which he had more missed cuts (nine) than top-25 finishes (five). And when the four-time major champion arrived at The Greatest Show on Grass last year, he had zero PGA TOUR wins since July 2019 and hadn’t played a competitive round at the Stadium Course since finishing 42nd in 2017.

Koepka became the tournament’s 14th winner in the last 16 years who didn’t finish in the top 10 the previous year and the fourth straight winner without a PGA TOUR win in the last 11 months. Now returning as the reigning champion, Koepka could buck the former trend. And the two most popular picks among the betting public could buck the latter trend.

As of Tuesday, Feb. 8, Koepka has +3300 odds at BetMGM to join Hideki Matsuyama, Johnny Miller, Arnold Palmer, and Ben Hogan as the only back-to-back winners in tournament history. But he’s the only golfer whose odds have declined since Sunday night (+3000) and is receiving less than half the amount of handle as Jon Rahm and Justin Thomas.

Will Rahm or Thomas extend one trend and buck another? Or will Koepka set the stage for a rare PGA TOUR three-peat – of which there have been only eight on the PGA TOUR in the last 40 years – in 2023?

You can view updated golf odds for the WM Phoenix Open winner, top American finisher, wire-to-wire winner, and more at the BetMGM sportsbook.