The Evolution of WNBA Jerseys 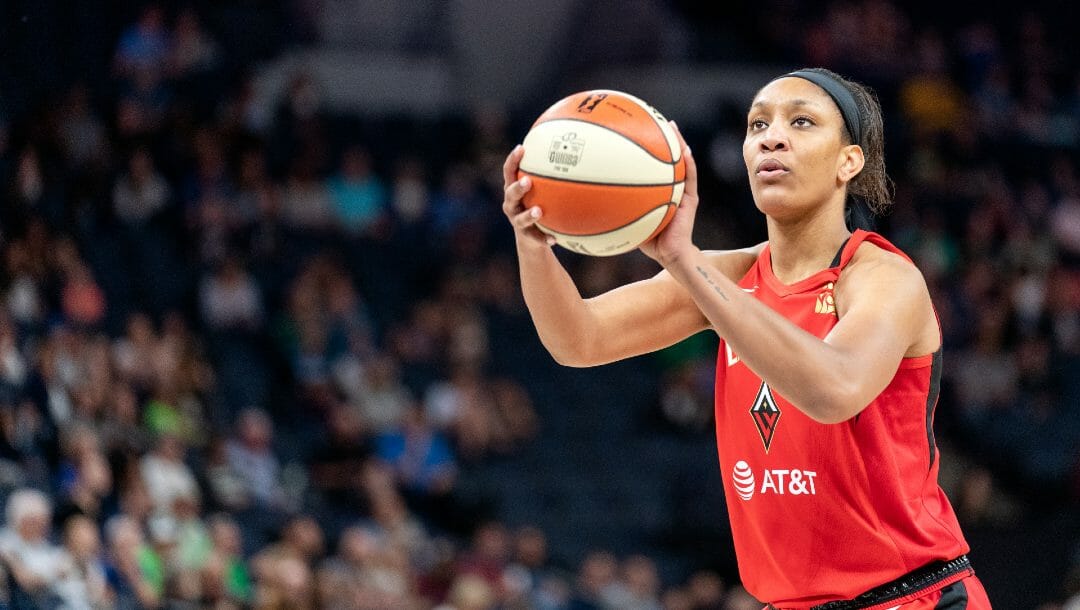 For 24 years, we have watched the WNBA unfold as one of the up-and-coming professional leagues in the world. During that time, we have seen several different looks and appearances of jersey styles within the league.

The WNBA jersey design has evolved from the mystery Champion design to the untucked era of baggy fashion to the Adidas and Nike modern era. Even the top basketball betting junkie will not predict what style will come next.

Let's take a look back at the styles, colors, fabrics, and cuts of the WNBA jerseys overtime.

In the early days of the WNBA, jerseys did not have a clear-cut designer logo on them, as Champion logos were typically on the bottom of the jersey and tucked in. During this time, the uniforms were baggy, shiny with vibrant colors, heavy, and held typical paneling down the side of the uniform.

Reebok entered the picture in 1998, as the WNBA logo was featured on both jersey and shorts to go along with the team name across the chest.

By this time, some of the early years' shine had faded away. We began to see lighter fabrics that were a little more breathable and bearable for the players at that time. The biggest change was the cut of these uniforms and how the jerseys were worn. These jerseys were no longer designed to be tucked in but featured a more slim-fitting Reebok design meant to be untucked.

Until this point, the WNBA maintained that home teams wore white, while the away team wore a standard darker jersey.

With the start of a 10-year agreement with the WNBA, Adidas took over as the official outfitter for the league. Jerseys were tucked back in, and a slimmer design came into play, which featured a dry-fit material very popular at the time, which allowed these uniforms to be more absorbent than previous ones.

The racerback cut entered the scene. A slimmer, trimmed neck and back cut were designed to better fit the body of the players.

In 2009, the Phoenix Mercury added sponsor LifeLock to their uniform. At the time, this was considered a risky move, which proved to be rewarding financially for the league. The Mercury became the first team in professional American sports to do so. Not long after, the Los Angeles Sparks followed suit replacing “Sparks” with Farmers Insurance on the front of their jerseys.

Both teams held multi-year sponsorship deals, and by 2013, half of the WNBA teams had a major jersey sponsor. As of 2021, every WNBA team has some form of sponsor on their jersey. In 2016, despite basketball odds, the WNBA became one of the first American pro leagues to eliminate the traditional home white jersey.

League-wide sponsorships began in 2011 with Boost Mobile and were featured on ten of the twelve WNBA teams. From 2016-18, Verizon was a league-wide sponsor, and AT&T began its multi-year current sponsorship in 2019. Let’s take a look at some of the sponsors teams have had deals with over the years.

Nike took over as the official outfitter of the WNBA before the 2018 season with their Aeroswift design. The Washington Mystics, Atlanta Dream, and Las Vegas Aces were the only teams remaining, at the time, with their team name in its original place on the front of the jersey. However, the Verizon logo was placed under their numbers on the Mystic’s and Dream’s uniforms. The Aces featured a smaller MGM design on the left shoulder.

The WNBA and Nike remained partners as the jerseys maintained their AeroSwift design for the second consecutive year. The biggest change was the return of the team logo in front and center to each jersey, which had not been the case since 2009. Corporate logos remained prevalent with numbers located on the back.

Before the 2020 season, the WNBA dedicated their season to Breonna Taylor and the Say Her Name campaign, raising awareness of Black female victims of police violence. Teams had the name of Breonna Taylor on the back of their jerseys in remembrance for the entirety of the season.

At BetMGM, we will have up-to-the-minute WNBA betting odds, lines, and tips to ensure you have the best online sports betting experience. You don’t want to miss an opportunity to bet on on-game lines, features, and more at BetMGM.