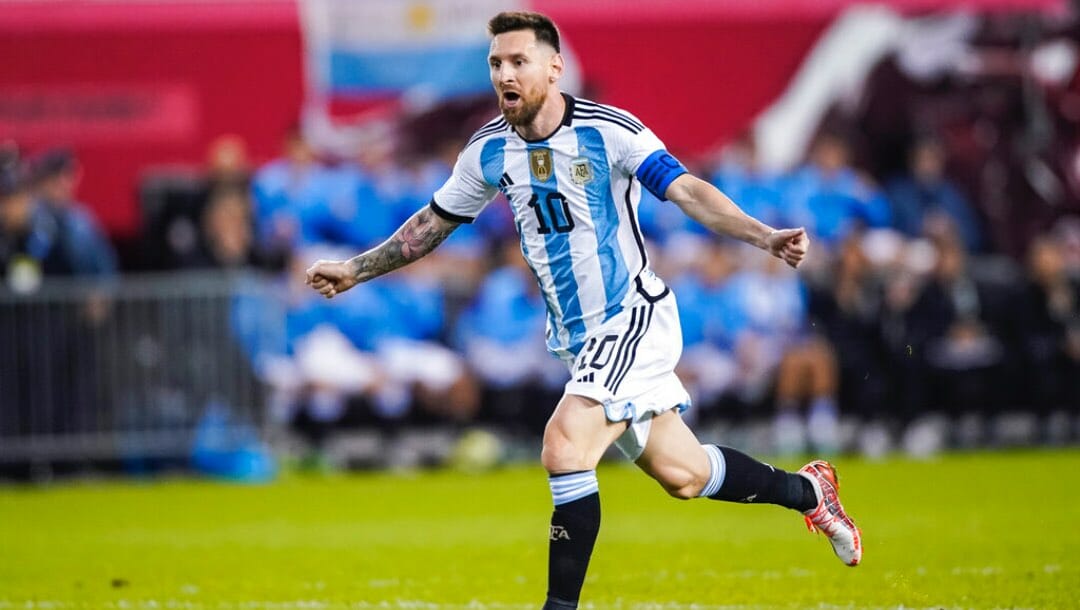 The 2022 World Cup kicks off in 10 days, and two teams are attracting the most attention from bettors. Brazil, the top-ranked team in the world, has seen its World Cup betting odds go from +550 when they were first released to +400 this week.

Argentina is the other team whose odds have improved in a big way. Their World Cup odds to win went from +1000 to +500 this week.

Why is line movement favoring Brazil and Argentina? There are a few reasons why each country has seen its odds improve.

Both Have Relatively Favorable Group Draws

Our supercomputer has rated all 32 nations' chances of glory at the 2022 World Cup.

Do you agree with our top three favourites for the World Cup title in Qatar?

While there is no easy group in the World Cup, neither country has found itself in a “Group of Death” and will face lower-ranked teams during the Group Stage.

Brazil is in Group G, which contains Serbia, Switzerland, and Cameroon.

Argentina is in Group C, which is made up of Mexico, Saudi Arabia, and Poland.

Both teams should get through the Group Stage unscathed while the other teams fight for the second spot in their respective groups.

The Brazilian forward line is enough to strike fear into the hearts of even the most composed defenders. Neymar (PSG), Gabriel Jesus (Arsenal), Vinicius Junior (Real Madrid), Antony (Manchester United), Richarlison (Tottenham), Raphinha (Barcelona), Rodrygo (Real Madrid), and Gabriel Martinelli (Arsenal) are just some of the big names in the squad.

Their midfield is also impressive, with Fred, Bruno Guimarães, Casemiro, and Fabinho to call on. Then there are players such as Marquinhos and Thiago Silva in defense.

Argentina’s team is also one of the deepest in the tournament, with plenty of skillful players all over the pitch.

What Are the Potential Pitfalls?

Brazil and Argentina are widely expected to top their Groups, which means they will face a team which finished second in Round of 16. This doesn’t mean it will be an easy draw, however, particularly with regards to Argentina.

If Brazil tops Group G, they will face the second-place team from Group H, which is likely to be either Portugal or Uruguay. Although neither of these teams is a push-over, both are ranked below Brazil – 5th and 9th, respectively.

Should Argentina win Group C, they will face the team in the second spot from Group D, which is likely to be either France or Denmark. Denmark is many people’s dark horse of the tournament, and although they are ranked lower than Argentina (10th), they are an astute team that is in great form.

On the other hand, if Argentina draws France, they will be up against the current world champions and the No. 4 ranked team worldwide. So either way, it will be a tricky knockout round for Argentina to navigate.