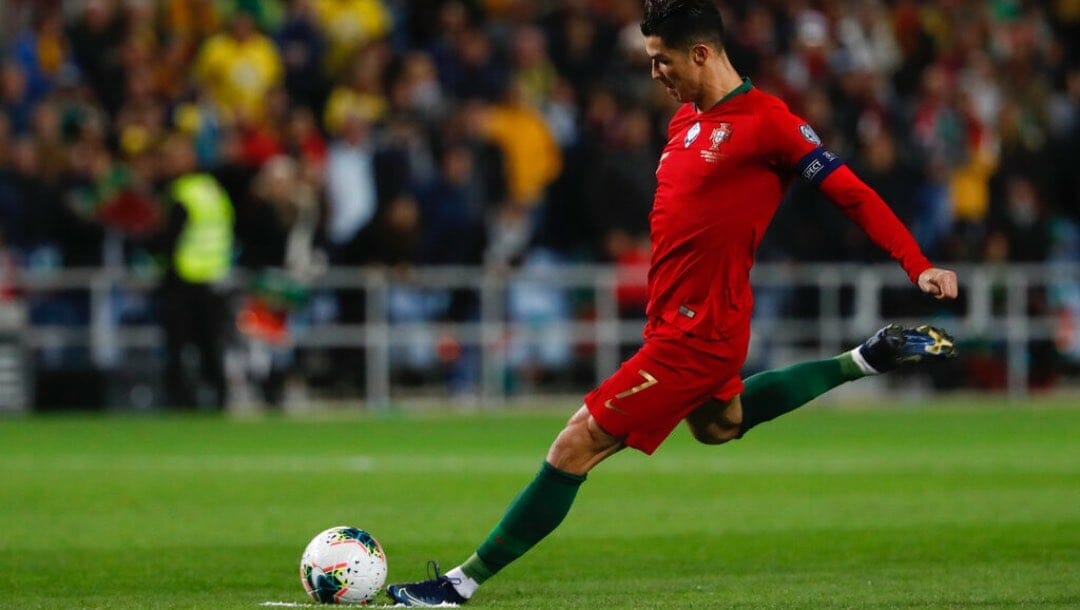 The FIFA World Cup is soccer’s most coveted title, and it has produced some exceptional goals since it began in 1930.

With the 2022 World Cup around the corner, here are some most iconic goals in the tournament’s history. These are the goals that offer the most memorable moments and aren’t in any particular order.

It was the first time an African nation had hosted the tournament; the stadium was packed to the brim, the emotion was palpable, and the World Cup odds were stacked against the home nation.

In comes Siphiwe Tshabalala, who ripped past Mexico’s keeper into the top right corner to score the first goal of the opening game.

The commentator Peter Drury summed that goal up perfectly,

“TSHABALALAAAA!!! GOAL FOR SOUTH AFRICA! GOAL FOR ALL OF AFRICA!”

Diego Maradona’s “Hand of God” and “Goal of the Century”

The 1986 World Cup quarterfinal between Argentina and England is one of the most iconic matches ever because of two goals from the same man: Diego Maradona.

His first, of course, was when he deliberately used his hand to put the ball in the back of the net, in what will forever be known as his infamous “Hand of God” moment.

The second was one of pure skill. Maradona collected the ball in Argentina’s half, spun between two of England’s midfielders, and weaved past three more defenders. After a 60-meter solo run, he completed his move with a composed finish.

Ronaldo’s Free Kick Against Spain in 2018

Portugal met Spain in the opening round of the 2018 World Cup, and as always, CR7 was at the heart of the game. He scored all three goals in this game for Portugal. His side was down 3-2 with just a few minutes remaining when they were awarded a free kick on the edge of the penalty area.

Ronaldo stepped up, assumed his customary free kick pose, and curled the ball around Spain’s defensive wall and into the net. This is undoubtedly one of the most iconic goals that Ronaldo has ever scored.

So many of the most iconic goals scored at the World Cup come from moments of individual brilliance. Still, Argentina’s goal against Serbia & Montenegro will always be remembered as an extraordinary team effort.

Maxi Rodriguez dispossessed a player in his own half; 54 seconds and an unbelievable 25 passes later, Cambiasso had the ball in the back of the net. In fact, the commentators couldn’t keep up and said, “How many passes did they put together there? You’d need a calculator.”

This is one of those goals that, when you rewatch it, you think the player had no right to score a goal from where they did. Most players would not have dreamed of taking the shot van Brockhurst did against Uruguay in the semi-finals in 2010.

Eighteen minutes into the game, the left-back received the ball miles out of the penalty area and released an exception thunderbolt of a ball past Uruguay’s keeper Fernando Muslera. The Netherlands went on to beat Uruguay 3-2 and went on to face Spain in the final of the tournament.

Spain beat the Netherlands in the 2010 World Cup final, and the same opponents were against each other in one of the opening matches in 2014. It was time for the Dutch to exact revenge, and it was Robin van Persie that opened the floodgates in spectacular style.

Daley Blind sent an inch-perfect cross on the edge of the penalty area, where van Persie somehow executed the best diving header you’re ever likely to see. Spain’s goalkeeper Iker Casillas could do nothing but watch the move in stunned silence.

Of course, these are just a few of the goals that are most memorable to me, and there are many more where they came from. Think Dennis Bergkamp’s late winner against Argentina in 1998, Carlos Alberto’s strike in front of the home crowd in 1970 final in Brazil, Benjamin Parvard’s gorgeous half-volley against Argentina in 2018, and much more.

Don’t forget to check out the soccer odds for the 2022 World Cup on BetMGM.