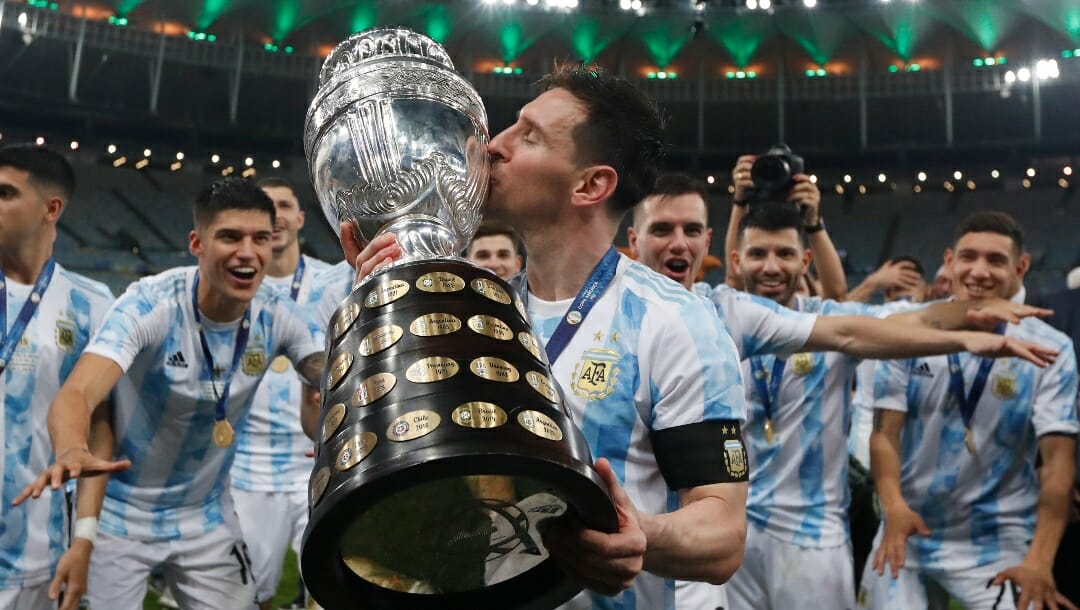 Most World Cup group favorites don’t offer enough value to back as single picks, placing the precedent squarely on committing to a parlay that maximizes your return.

Unless you’re putting bundles of cash behind a heavy favorite like England (-333), Brazil (-333), or even France (-263), the prospective return is too minimal and the risk too high to back them as futures picks.

When searching for parlay soccer picks with a high probability of paying out, it’s essential to avoid precarious selections. Just think of the metaphor; it only takes a few bad apples to spoil the barrel.

With that in mind, you’ll want to avoid Group E and Group H when locking in your group winners parlay.

Barring a cataclysmic surprise, either Spain or Germany will secure the top spot in Group E. According to World Cup odds, Spain (-111) has the inside track on Germany (+110), but both sides have an equal chance of winning the group when looking at their respective on-field product. It’s too tough to call which team will end up on top.

Group H offers a similar scenario, with Portugal (-143) and Uruguay (+200) in the running to secure first place. Ghana and South Korea are quality sides, but neither has a realistic chance of topping the group.

The gritty Uruguayans, who finished third behind Brazil and Argentina in Conmebol standings, are a seasoned side that understands how to get the job done on the world’s biggest stage. So don’t get dragged into thinking the Portuguese have Group H locked.

Maximize Return With This High-probability Parlay

While nothing is guaranteed at the World Cup, the remaining six favorites – barring any unforeseen catastrophic implosions – should win their groups.

A six-leg parlay including Holland, England, Argentina, France, Belgium, and Brazil offers +634 odds. Place a $100 bet, and you’ll win $634 if each team achieves what’s expected of them.

If you further dissect each group, none of the aforementioned teams should run into any insurmountable issues in the group stage.

Belgium has to contend with Croatia in Group F, which could prove tricky. However, Croatia is an aging team that has seen its best years. The Croatians should advance, but Belgium has a star-studded lineup, most of whom are still in the prime of their careers, albeit at the tail end.

England is susceptible to a single moment of madness or an underwhelming performance. But Gareth Southgate’s team is stacked with a perfect blend of wily veterans and young whippersnappers playing at their respective peaks. Wales isn’t deep enough to usurp the Three Lions, and the United States doesn’t have enough pedigree to win the group.

No such potential banana skins are on the horizon for Holland, Argentina, France, and Brazil, at least in the group stage.