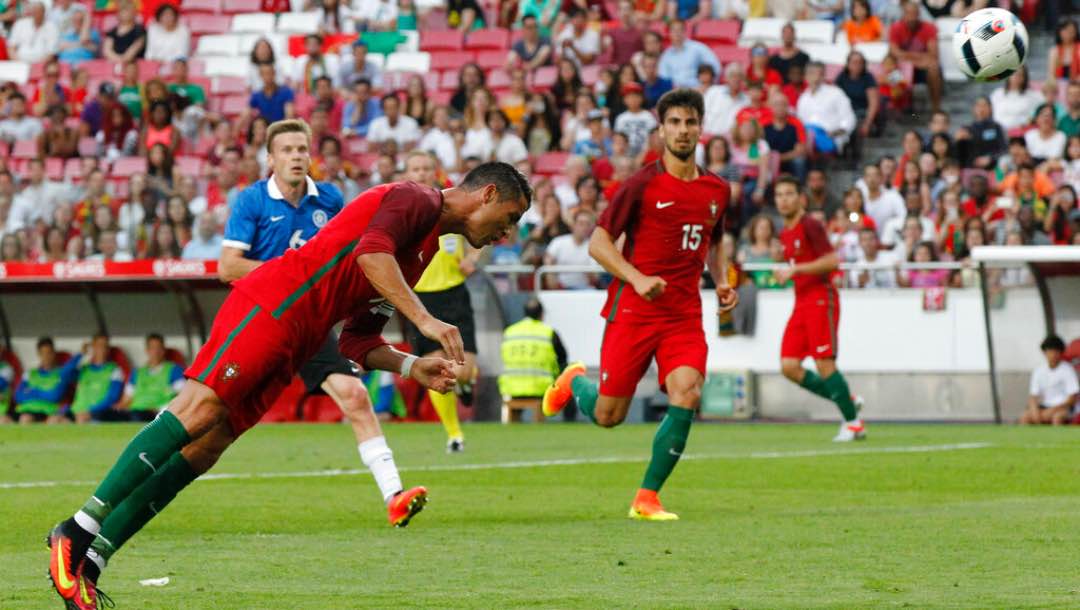 The 2022 World Cup is likely the last time we’ll see Cristiano Ronaldo representing Portugal on soccer’s biggest stage. The exceptional 37-year-old has won everything there is to win in soccer—except a World Cup title.

World Cup Betting odds have Portugal as mid-card for the tournament at +1200. However, the country had similar odds prior to the 2016 Euros, which they eventually won.

Can Portugal defy the World Cup odds to win the tournament and give their most successful player the bow out he thoroughly deserves? Here’s what the team will have to do to end Ronaldo’s illustrious international career at an all-time high.

How Did Portugal Qualify for the World Cup?

How Tough is Group H?

Portugal is in Group H for the 2022 World Cup, and it’s a tricky path they’ll need to navigate. First, they have to win their group if they want to avoid the tournament favorite, Brazil, in the next round.

This is easier said than done.

An Edison Cavani double for Uruguay knocked the Portuguese out of the competition in Sochi in 2018. They also come up against South Korea (Korean Republic), a team coached by former Portugal manager Paulo Bento.

Ghana is the second-best team in Africa, and the Black Stars will fight incredibly hard to stay in the competition.

None of these teams are pushovers, but if Portugal does top the group, the round of 16 will have them face either Switzerland, Serbia, or Cameroon.

There is no such thing as an easy game in the World Cup, and there is a potential upset around every corner.

Portugal didn’t exactly sail into the World Cup, and Fernando Santos was looking at being sacked after Portugal’s disastrous Euro 2020 campaign. Somehow, the manager has stayed in charge, and he will have to use his team’s strengths if he wants to win.

Too often, Santos has preferred to set up his team defensively when he should go for a more attacking, high-pressing style of soccer, given the team that he has at his disposal. Let’s take a look at his best team and set up of 4-3-3.

In goal, he can rely on Porto’s exceptional young keeper, Diogo Costa, or the hugely experienced Rui Patricio. In front of the No 1. there’s the unwavering unit of Pepe and Manchester City’s Rúben Dias at center back.

Then there are two of the best full-backs in the world in Manchester City’s João Cancelo and PSG’s Nuno Mendes.

There’s no shortage of midfielders for Santos to choose from, and he has two of the best in Manchester United’s Bruno Fernandes and City’s Bernardo Silva. Either William Carvalho or Danilo Pereyra can be used as a defensive anchor in front of the back four.

Portugal has a plethora of attacking talent, and they are spoilt for choice. Of course, Ronaldo is expected to lead the line and will want to add to his world record 117 goals. Atletico Madrid’s João Félix should act as backup.

Liverpool’s Diogo Jota and AC Milan’s Rafael Leão should lead the line on either wing, and Otavio can sub in for either of these players too.

A Team of Talented Individuals, Can They Play Together?

On paper, Portugal is one of the best teams in the world, but as their World Cup qualifying run showed us: they don’t always perform like one.

Santos has got to get his selections right in Qatar to start off on the right footing. However, the biggest concern is whether this group of hugely talented yet highly strung players can pull together in the face of adversity.

How they respond to a setback is going to make all the difference. As captain, Ronaldo will have to be the driving force behind his team’s determination if he wants to end his international career with the most coveted title of all.