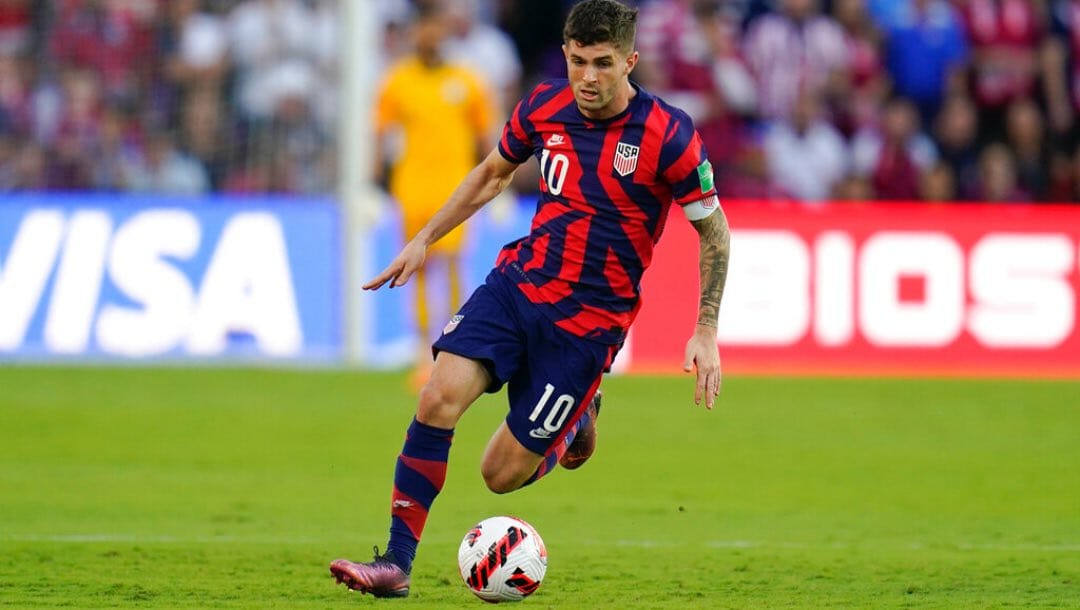 The 2022 World Cup is drawing closer, and the USA is taking part again after missing out on the 2018 FIFA World Cup. They scraped past Costa Rica on goal difference to qualify for the tournament and find themselves in Group B with England, Wales, and Iran.

The World Cup betting odds have a fine margin between USA and Wales, with England the clear favorites of the group. Can USMNT progress further than the first round?

Let’s take a look at their opponents and what the USA’s chances are of progressing:

It’s been a long time since England’s soccer team (men’s) won a trophy; you’d have to look back to the 1966 World Cup for evidence. They came agonizingly close when they lost to Italy on penalties in the final of Euro 2021, and the Lions will be determined to make it all the way in this tournament.

Gareth Southgate has a mix of exciting young talent like Jude Bellingham, Jadon Sancho, and Bukayo Saka, as well as experienced players such as Jack Grealish, Kalvin Phillips, and Raheem Sterling.

Of course, much of England’s success relies on Harry Kane, who could become his country’s leading all-time scorer at the 2022 World Cup.

There’s no doubt that the talent is there with this squad. It’s whether they have the mentality to get over the line in this tournament. Still, England is undoubtedly the favorite to win Group B and move on to the next round.

USA failed to qualify for the 2018 World Cup and barely managed to qualify for 2022. They made it through on goal differential past Costa Rica, and Gregg Berhalter will hope his side performs better in the tournament itself.

The team has plenty of exciting young players but could lack a little experience and composure. In fact, they are the youngest team in the World Cup, and the average age of 24.07 is more than a year and a half younger than the next closest team.

Chelsea’s Christian Pulisic is probably the most important player, and Borussia Dortmund’s Giovanni Reyna will provide the creative spark in midfield.

The USA is certainly an attacking force, and the odds suggest that they should qualify for the next round. It’s whether their young players can keep their heads on the global stage that will determine their fate.

This will be the third time Iran has qualified for the World Cup in a row, and they did so emphatically, going 8W-1L-1D in their final qualification round fixtures.

While the odds aren’t exactly favorable, this team has enough attacking talent to cause problems for the rest of the group. Dragan Skocic can rely on Porto forward Mehdi Taremi, Feyenoord midfielder Alireza Jahanbakhsh and Bayer Leverkusen striker Sardar Azmoun in front of goal.

Iran scored 15 goals in 10 final-round qualifying games after putting 10 past Cambodia in an earlier phase of qualifying. This team is unlikely to progress further in the World Cup, but they will score some goals and could cause an upset.

Wales defeated Ukraine on June 5 in an emotional game in Cardiff. This is the first time that Wales has qualified since 1958.

The last time the country played in the World Cup, the team went into the quarter-finals, and it would be a huge feat if they could achieve the same run this time around. Wales is a small country, and they have done better than expected in recent years.

They even made it to the semi-finals of Euro 2016, the tournament champions, Portugal, knocked them out. Robert Page has the experience of Gareth Bale, alongside exciting players like Leeds’ Daniel James and Bournemouth striker Keiffer Moore.

Wales will be a thorn in the side for this group, and this is a team that continually punches above its weight. More importantly, they are going to be USA’s biggest rivals and most likely the ones who stand between them and progressing to the next round.