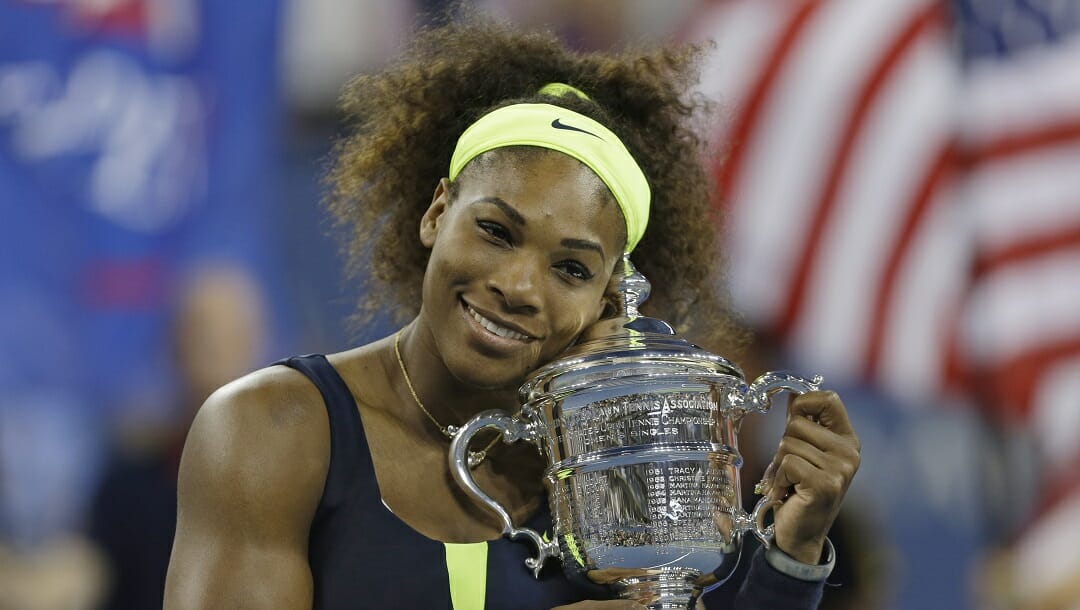 A new college football season isn’t the only thing around the corner. The final major tournament of the tennis calendar, the US Open, will begin its main draw on August 29. Qualifier matches are played throughout the prior week.

For those who live and work in the online sports betting community, it’s time to start getting serious about US Open tennis odds.

On the women’s tennis side, there’s a lot of interest in the odds around the most famous American player on tour. Serena Williams spent most of the last year hurt, but she did return to the court in June for the 2022 Wimbledon draw.

This week, Serena Williams announced that she intends to play in the US Open for the final time.

As a result, many Serena fans are running to the BetMGM online sportsbook to check out her tennis odds for this final outing.

(but i’m not betting against her)https://t.co/2kfH1Gt5Lk

Many of the things I wrote about Serena’s odds before Wimbledon still ring true here. This is a price created under heavy marketplace pressure. Many bettors will want to bet on a fairy tale ending with Serena.

Serena Williams was one of the most-bet players at Wimbledon, even though she was a 40-year-old player who hadn’t played professional tennis for an entire year.

I expect a similar outcome here, even though we have more negative data on Serena now than two months ago.

We know that she lost her first-round Wimbledon match to Harmony tan; she also entered the Toronto Open this week and lost in the second round to Belinda Bencic in straight sets, 6-2, 6-4.

Serena Williams is one of the greatest professional tennis players of all time, but she’s not likely to win the 2022 US Open. The +1600 price just doesn’t match the in-borne risk. There are better players available in this price range.

Serena Williams recently announced her retirement in a first-person essay featured as the cover piece for Vogue Magazine.

She will play at the US Open this year before transitioning into a new phase of her life beyond her career as a professional athlete.

Who Are the Favorites at This Year’s Women’s US Open?

Tennis fans will be unsurprised to learn that No. 1 Iga Swiatek is currently the favorite (+200) to win the 2022 women’s US Open.

Swiatek has played a brilliant 2022 tour season, piling up a 49-6 record that included a 37-match winning streak. Her run finally ended at Wimbledon.

Hunting for Underdogs: WTA Odds at the US Open

The women’s US Open is a prolific producer of random tournament winners. I’m talking about players who are way down the odds chart. Athletes you’ve never heard of — that sort of thing.

In 2021, Emma Raducanu became the first British player to win the British woman to win the US Open since Virginia Wade in 1968.

More impressive than that, though: she was the first woman to ever win the US Open after coming out of the qualifying draw. She had only made her tour debut a few months earlier.


In 2019, Bianca Andreescu won the US Open as a mostly unknown teenager. She had never played a match in the main draw of the US Open before; she had only advanced past the first round of any major earlier that year.

In 2015, Flavia Pennetta surprised everyone by winning the US Open championship at age 33. Pennetta was past her prime and known in the tennis betting community as more of a doubles player. She announced her retirement immediately after winning the championship.

My point here is pretty simple: Don’t be afraid to get creative with the women’s US Open odds. Favorites don’t often play well in Flushing Meadows.

Betting on tennis odds is a unique way to take your tennis entertainment to the next level.

Updated odds are available for thousands of matches each year. Whether you’re a first-time bettor browsing Wimbledon odds, a casual tennis fan looking at ATP odds, or a longtime bettor breaking down trends for Iga Świątek and Serena Williams in the U.S. Open, there are a variety of betting markets for everyone.

Visit the online sportsbook today to add more excitement to your online betting experience at BetMGM!