US Open Predictions: Best Round 2 Bets on Thursday 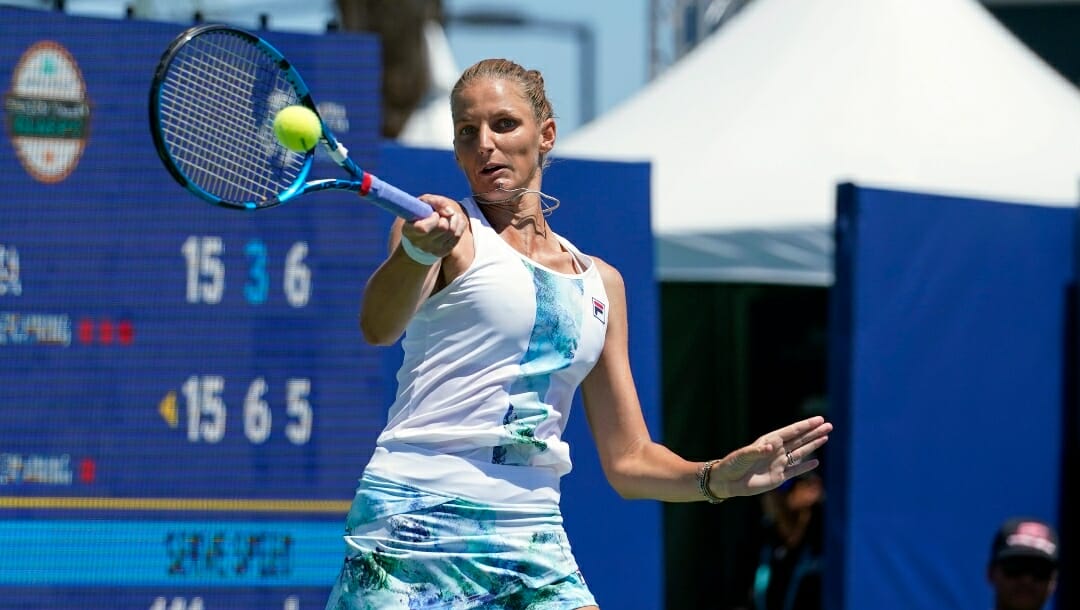 The US Open is heating up, offering some excellent betting opportunities on both sides of the draw as play moves into the second round.

US Open Round 1 Update

Two of the US Open tennis odds’ favorites on the men’s side, Stefanos Tsitsipas and Taylor Fritz, were eliminated in the first round.

Simona Halep was the first prominent casualty on the women’s side, as the Romanian No. 7 seed fell in a shocking defeat to Ukrainian qualifier Daria Snigur.

There will be a new champion on the women’s side after Emma Raducanu lost to giant killer Alize Cornet. No. 24 Amanda Anisimova, Wimbledon champion Elena Rybakina, and two-time US Open winner Naomi Osaka were also ousted in the opening round.

Thursday promises another fantastic day of tennis at Flushing Meadows. Here are two of the best US Open tennis betting opportunities on either side of the draw.

US Open: Men’s Round 2 Predictions

While Nakashima hasn’t exactly thrived lately, he has an excellent opportunity to pull off the minor upset. Nakashima, ranked 69th in the world, made it to the fourth round at Wimbledon and the quarterfinals at the Atlanta Open and the Los Cabos Open. He will also have the home crowd on his side.

Dimitrov hasn’t won a title in five years and has a losing record on hardcourt this season. With a win, Nakashima will advance to the third round for the first time.

Borna Coric is coming off an impressive victory at the Cincinnati Open. That momentum and confidence set him up perfectly for a solid US Open. Coric also acquitted himself well at last year’s US Open, where he advanced to the quarterfinals for the first time.

Jenson Brooksby is also playing some excellent tennis. He made it to the final of the Atlanta Open and got to the third round at Wimbledon. While he will have the home crowd spurring him on, Coric should use the confidence he gained from Cincinnati to win the second-round contest.

US Open: Women’s Round 2 Predictions

Compatriots Karolina Pliskova and Marie Bouzkova have played each other twice before. Pliskova won on hardcourt in 2019, and Bouzkova returned the favor on clay in April at the Madrid Open.

Pliskova eked out a first-round win in a third-set tiebreak against Magda Linette, while Bouzkova beat another Czech, Linda Noskova, in a three-set grind. Pliskova made it to the semifinal of the Canadian Open, in which she showcased some of her best tennis.

Both players perform well on hardcourt, as Pliskova has an all-time 65% winning rate on the surface. Bouzkova has won 68% of her hardcourt contests. This match has all the makings of a tightly contested three-setter.

However, Bouzkova, in four previous appearances, has never advanced past the first round at the US Open. Pliskova’s experience and superior record at Flushing Meadows should be the difference maker.

Another even second-round match sees Kazakh Yulia Putintseva face German Jule Niemeier. The players have never met each other on tour. However, there are some similarities between the two.

Niemeier has won 54% of her hardcourt matches, while Putintseva has a 55% winning rate on the surface. Niemeier advanced to the quarterfinal of Wimbledon, and Putintseva made it to the same stage of the Canadian Open. The Kazakh is ranked 38th, while Niemeier is 108th in the world.

Putintseva has performed better in the hardcourt tournaments leading up to the Open and should carry that momentum into Thursday’s second-round match.