US Open Predictions: Best Round 4 Bets on Sunday 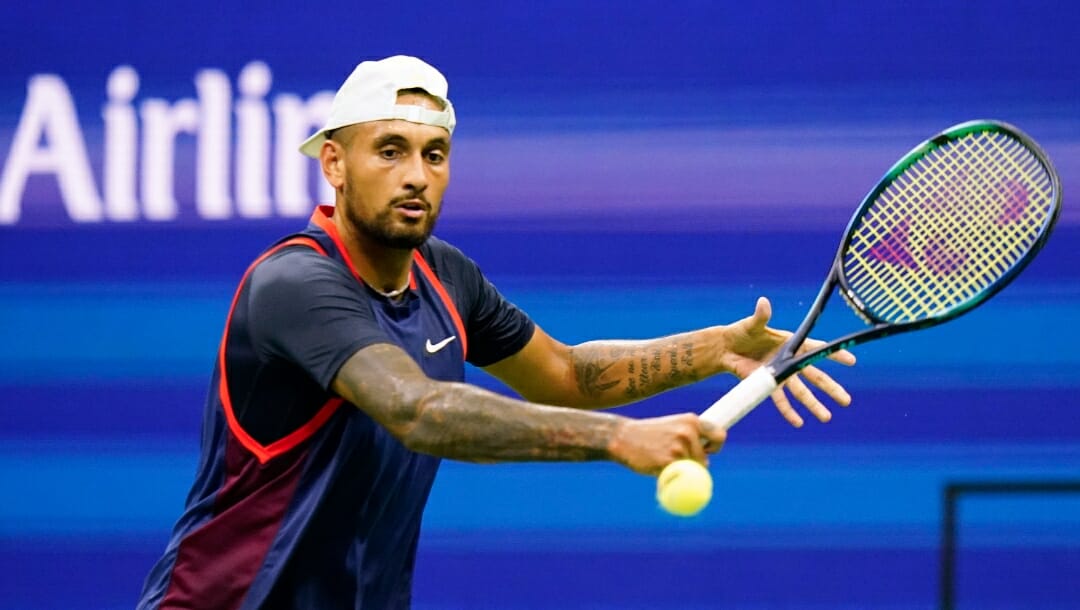 The first day of Round 4 action at the US Open features some rousing matchups, with Nick Kygrios and Daniil Medvedev set to do battle in the headlining contest.

US Open Round 3 Update

All of the higher seeds on the men’s side won their Round 3 contests on Friday, with Medvedev still leading the way with the shortest US Open tennis odds (+200). Kyrgios (+600) handled J.J. Wolf in straight sets, seemingly without breaking a sweat.

The No. 5 seed Casper Ruud (+2200) defeated Tommy Paul in a five-set thriller in which the American ran out of gas. It was Paul’s third straight five-set match. However, don’t take anything away from Ruud, who showcased why he is quickly ascending the favorites table.

Serena Williams couldn’t raise her game in the third set against Australian Ajla Tomljanovic and bowed out of the US Open for the final time.

Here are the best US Open tennis betting opportunities for Sunday’s Round 4 action.

US Open: Men’s Round 4 Predictions

As predicted, the all-anticipated match between Medvedev and Kyrgios will take place on Sunday. Favorite Medvedev is a man possessed, acutely understanding how big of an opportunity he has to defend his US Open title.

Medvedev hasn’t lost a set in his first three matches. While he hasn’t played a seeded player, take nothing away from how expertly the Russian has acquitted himself. Medvedev is a formidable force on hardcourt, winning 77% of his matches on the surface this season and 72% all time.

Medvedev lost to Kyrgios in a three-set doozy at the Canadian Open in advance of the US Open.

Kyrgios loves playing Medvedev and has won three out of four against the Russian. However, they’ve both won one this season against each other on hardcourt, with Medvedev taking their Australian Open contest. \

Kyrgios is also in indomitable form. The Australian dropped a set against Benjamin Bonzi but has enjoyed an otherwise unblemished start to his US Open run.

Kyrgios has the skill and confidence to win the match, but Medvedev is in top form and should prevail in a classic, probably in four sets.

US Open: Women’s Round 4 Predictions

Ons Jabeur’s first time in the fourth round of a US Open, and the Tunisian won’t let the opportunity pass her by. She is fit, focused, and rounding into top form. Jabeur badly desires to become the first African to win a major and came ever so close at Wimbledon.

The joint-fifth favorite got over the hump against 31st-seed Shelby Rogers in the third round, winning impressively in the third and decisive set. The Tunisian can win in various ways and is starting to perform better on hard court. However, it is still her weakest surface, with an all-time 60% winning rate.

Now for the elephant in the room. Jabeur has lost all three head-to-head encounters against Veronika Kudermetova, two of which were on hardcourt. That doesn’t bode well for the Tunisian.

However, Kudermetova hasn’t won a title since last year.

In addition, Kudermetova, before the current tournament, hasn’t performed well at the US Open, losing in the first round in her only three appearances.

Look for Jabeur, in her fourth attempt, to finally get one over on the 18th-seeded Russian.