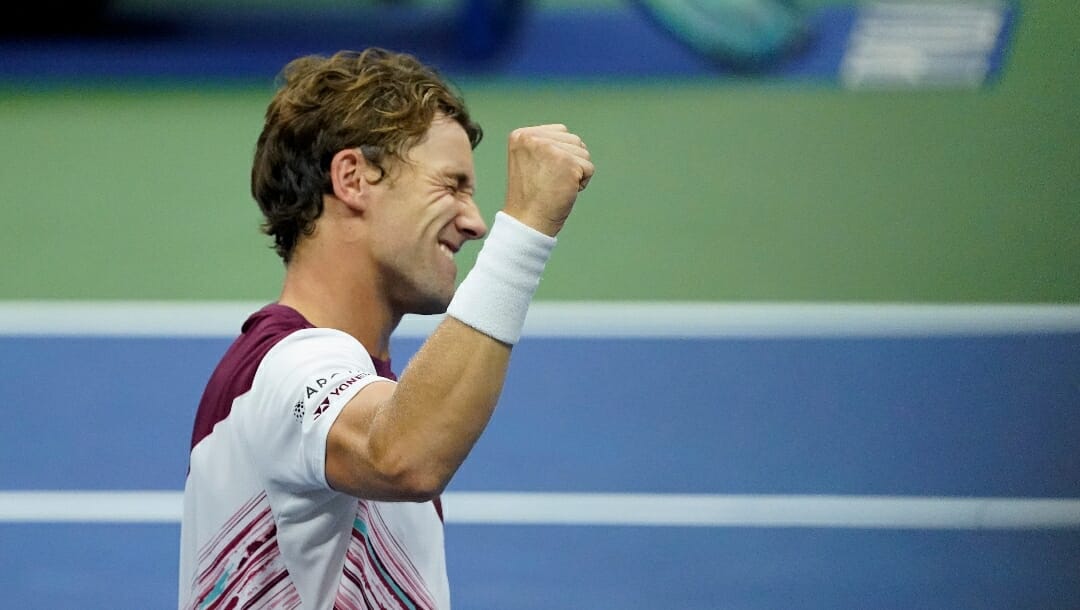 Two unlikely semifinalists will pit their wits against one another when Casper Ruud and Karen Khachanov meet on Friday at the US Open.

In the aftermath of Nick Kyrgios’ exodus, US Open tennis odds have Ruud as the second favorite (+300).

Khachanov, the fourth favorite (+550) with two quarterfinal matches still to play, dispatched Kyrgios in a quarterfinal with a bit of everything.

This is the furthest Khachanov and Ruud have progressed at the US Open, and Ruud won the only previous head-to-head contest, which occurred at a clay court tournament in Rome over two years ago.

Khachanov has gone about his US Open business in an unassuming, unheralded, yet incredibly effective way. The towering Russian won 77% of first-serve points and 64% of second-serve points in the win over Kyrgios.

He maintained his composure and mental fortitude in the most trying circumstances. Not only that, but Khachanov also overcame a profoundly partisan Kyrgios crowd.

The world No. 31 has battled, fighting tooth and nail to progress to his first Grand Slam semifinal. He won his first two matches in four sets, while the most recent pair went the distance.

The Round of 16 contest against Pablo Carreno Busta was the more physically taxing of the two five-setters. Still, the quarterfinal bout against Kyrgios was also demanding, especially mentally. So Khachanov will be grateful for two days’ respite before meeting Ruud on Friday.

Khachanov, who hasn’t won a title in four years, is enjoying his best run at a major. However, four physically arduous battles might have taken a toll as he prepares for the most important contest of his life.

The Russian hasn’t won a tournament since 2018, but all of his four titles occurred on hardcourt. His monstrous serve is tailor-fitted for the fast surface of Arthur Ashe, especially if the roof is closed.

Although the weather is supposed to clear up for Friday’s encounter, favoring the less powerful Ruud ever so slightly.

Ruud, the world No. 7, is a clay-court specialist doing his utmost to assimilate to hard court. Only one of his nine titles has come on the surface, but you wouldn’t know it by watching him over the last 10 days.

Confident, assertive, and comfortable on the hard courts of Flushing Meadows, Ruud has endured only one five-setter, a resounding display of resilience against Tommy Paul in the third round.

Ruud made mincemeat of a seemingly exhausted Matteo Berrettini in the quarterfinal and didn’t look fatigued.

He will have to devise a way to combat Khachanov’s monstrous serve, but Ruud’s quickness and athleticism give him the narrow advantage against the comparatively lumbering Russian.

The 23-year-old Norwegian fell to Rafael Nadal at the French Open final, an experience, albeit a losing one, that should serve him well as he looks to advance to his second Grand Slam final of the season.

Ruud came into the tournament in better form and, if he can find a way to survive Khachanov’s bomb of a first serve, should find a way to prevail in four sets.