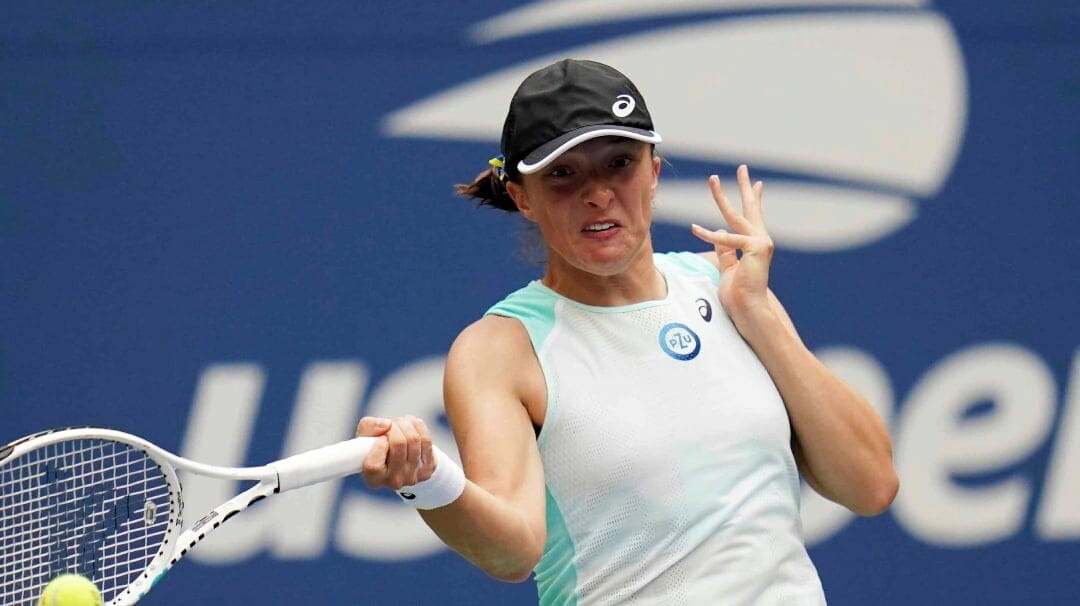 Iga Swiatek looks to make her second Grand Slam final of the year when she faces Aryna Sabalenka at Thursday’s US Open semifinal.

Swiatek was the favorite the moment US Open tennis odds were released. That hasn’t changed throughout, as the world No. 1 is still the favorite (+140) with her semifinal against Sabalenka beckoning.

Sabalenka appears in her second straight semifinal at Flushing Meadows and is the third favorite (+400).

Swiatek had her way with Sabalenka in three previous encounters this season, winning all three in straight sets, conceding more than two games in a set just once.

The Polish ace has won six tournaments this year, all in a row. Her 37-match winning streak led to three clay court and three hardcourt titles, culminating in her second French Open title.

While the world No. 1 hasn’t won a tournament since the French Open, she has dominated the tour like Serena Williams used to.

The only set she dropped in five previous matches came against big-hitting Jule Niemeier in the Round of 16. She conceded the first set 2-6 before recovering to win the next two.

The most impressive part of Swiatek’s transformation this season has been her newfound ability to stand toe-to-toe with the tour’s most massive hitters. Swiatek is unfazed by the prospect of staring down missiles from huge-hitting opponents. She, too, can step up her power game when required.

However, Swiatek must improve her serve to beat Sabalenka for a fourth time this season.

The diminutive Pole was broken six times and won only 50% of first-serve points against Jessica Pegula in the quarterfinal. Sabalenka will advance to her first US Open final if that happens again.

Swiatek offset her miserable night of serving by converting seven of 11 break chances. She also returned 90% of Pegula’s serves. One of the things that make Swiatek so dominant is her ability to rely on one weapon when another is shooting blanks.

She’s as dynamic and versatile as anyone on tour and can beat her opponents in countless ways.

Sabalenka enjoyed an outstanding quarterfinal performance against Karolina Pliskova, winning in straight sets thanks to her powerful and effective serve. She is far less prone to erratic patches than she once was and has found a way to mitigate spurts of unforced errors.

The Belarussian has spent countless hours on the court working on her once unreliable, even erratic serve. But, if she serves as she did against Pliskova, it’s one of the most formidable on tour.

The 24-year-old is one of the more risk-forward players, rarely relying on the safe play. Instead, she swings for the fences, trusting her ability to hit both powerfully and accurately.

However, when she misses, she misses big. Swiatek’s consistency and ability to get around the court while continuously hitting acute angles should be too much for the massive-hitting Sabalenka.

This match, however, will go the distance if Sabalenka’s serve is on.