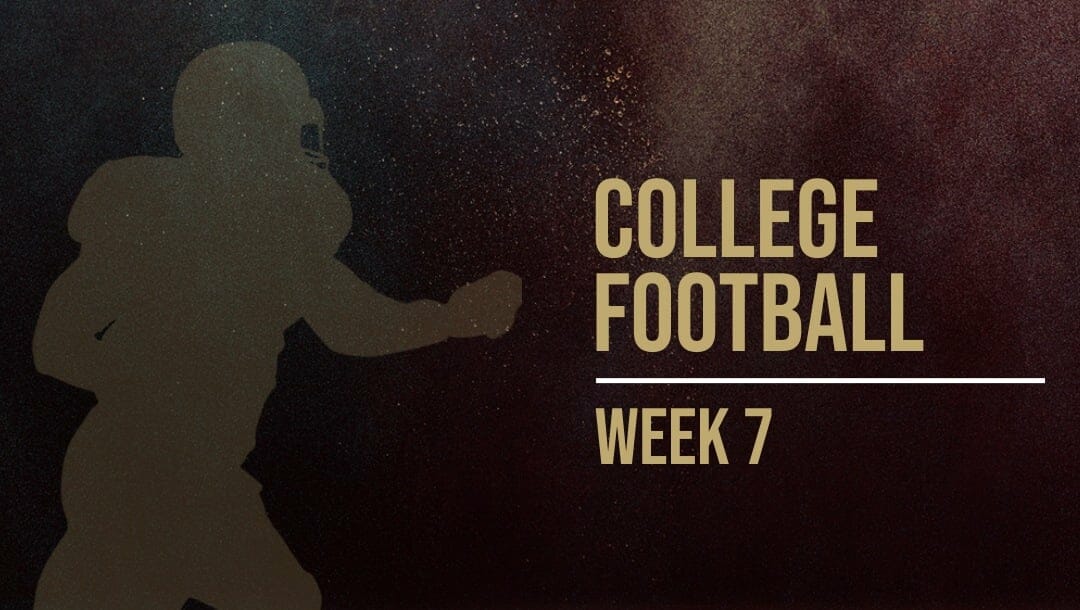 If they hope to rebound from last weekend’s loss, the Wyoming Cowboys will need a huge day offensively against Fresno State.

The Wyoming Cowboys have an arsenal of weapons they can utilize in Week 7 at home. The current college football odds show the Cowboys as 3.5 point underdogs versus Fresno State. If Wyoming gets behind in this game, they’ll have to rely on these weapons to keep up with the Bulldogs.

Keep reading to find out which Wyoming football players I think could be the biggest playmakers for Wyoming on Saturday.

Comeback Player of the Year nominee Sean Chambers is having a rough year for the Cowboys.

He has nine total touchdowns this season, fueled by his 893 passing yards and 111 rushing yards. However, he also has three interceptions, has only completed 54% of his passes, and has only thrown for more than 200 yards twice.

The good news for Chambers is that he’s facing a Fresno State Bulldogs defense that only averages one takeaway per game. The bad news is that they also only give up an average of 190 pass yards per game.

If Wyoming wants to win this game and continue to win games, Chambers will have to improve. This week, he’ll need to make plays with his legs and keep the Cowboys’ offense on the field to avoid getting into a shootout with Fresno State, who has one of the best quarterbacks in the country, Jake Haener.

Xazavian Valladay is a dual-threat weapon the Cowboys can utilize. Not only does he lead Wyoming with 436 rushing yards, but he’s also tallied eight receptions for 131 yards, good enough for 16.4 average yards per catch.

Wyoming will need to get Valladay the ball in space through screens and short passes. Fresno State gives up an average of 129.2 rushing yards per game, so Wyoming will also need to use their running game to keep third downs manageable.

Look for Valladay to get between 20-25 touches this week. If he can maintain his 5.2 yards per rush average, the Cowboys could keep the game close and give themselves a chance to win.

UW has a potential star receiver in Isaiah Neyor. The 6-foot-3 redshirt sophomore has established himself as Wyoming’s primary option on deep throws this season, and I’m not sure that the Bulldogs will be able to contain him.

He averages 56.4 per game, which doesn’t seem that impressive, but Wyoming’s quarterback situation has somewhat hampered his ability to put up more significant numbers. Nevertheless, he’s a solid red zone threat with impressive hands. In addition, thanks to his size, he can handle physical coverage and has good speed on the outside.

Neyor is the Cowboys’ main vertical threat and should get the chance to make some big plays on Saturday.

The Bulldogs suffered a loss in their last game against Hawaii because of turnovers. Wyoming, meanwhile, lost last week to Air Force because they couldn’t keep the Falcons off the field.

I believe Wyoming has all the firepower needed to pull off the upset as 3.5 point underdogs in Week 7, but it all starts with Chambers. If he can protect the football and lean on Valladay and Neyor, I believe the Cowboys stand a good chance of coming out of this game with a win.

The Cowboys have to run the football to keep Fresno State’s offense off the field, and they’ll have to convert on third down, something they struggled with last week. If they can stay in third-and-short situations, Chambers’ running ability will help.

Can Wyoming’s Playmakers Manage an Upset?

Do you believe these Wyoming football players will have big games on Saturday against the Bulldogs? For the best online sports betting experience, look no further than BetMGM.

BetMGM has an easy sign-up process and fast payouts. So, sign up for an account today to place bets on all of this weekend’s college football action.