How Many Yards Will Cooper Kupp Have Against the 49ers? 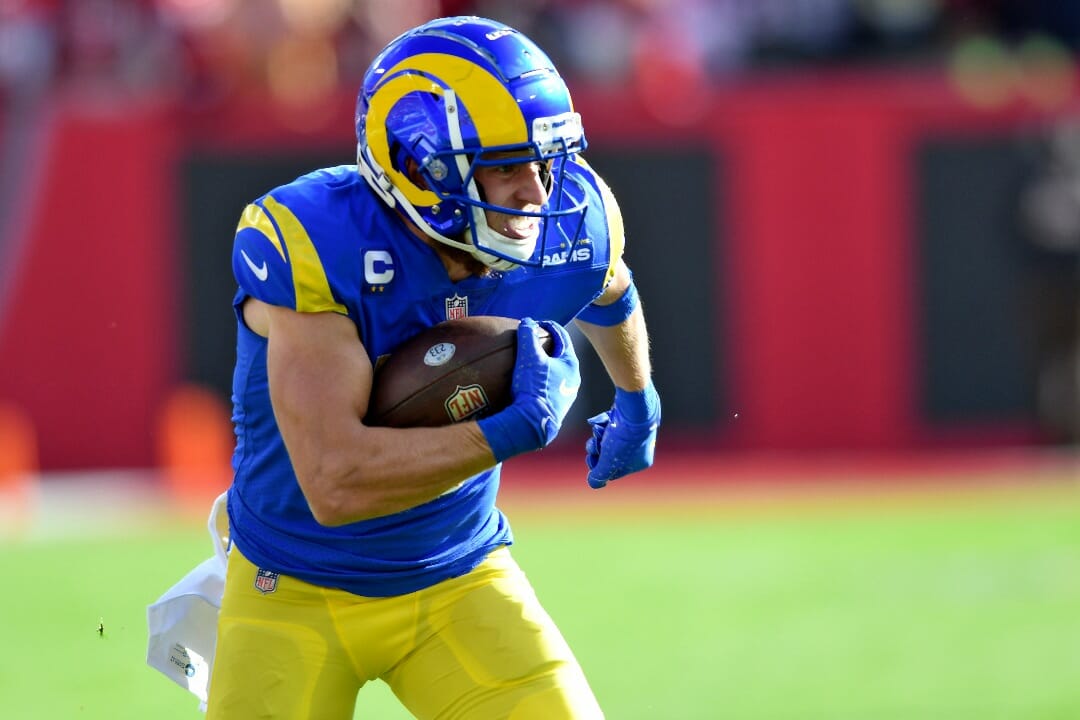 Cooper Kupp has had a historic season at the wide receiver position. Kupp and Matthew Stafford have shredded defenses and wowed fans all season long.

As spectacular as Kupp’s year has been, there was no more significant moment than when he torched the Tampa Bay Buccaneers defense for a 44-yard pass last Sunday with 27 seconds left to set up the winning field goal as time ran out. The Los Angeles Rams are a current 3.5-point home favorite this week, so let’s have a look at what we can expect from Kupp this week.

Here are the details to know for this matchup:

Kupp started the season with a seven-catch, 108-yard performance in Week 1 that included a touchdown. He finished the season leading the NFL in receptions (145), yards (1,947), and touchdowns (16), becoming just the fourth receiver in NFL history to accomplish the feat (Jerry Rice, Sterling Sharpe, Steve Smith).

Cupp has had over 100 yards receiving and eight touchdowns in six of his past eight games.

Can Cooper Kupp Help the Rams Win the NFC Championship?

If the Rams are going to advance to the Super Bowl, they will have to go through a team that they haven’t beaten since 2018. The 49ers have taken six straight against Los Angeles. Two of them were this year, including a Week 18 overtime thriller. The 49ers haven’t put up a lot of points on offense this postseason, averaging only 18 points a game, but strong defensive and special teams play has helped them upset two opponents on the road.

The current line for Kupp is -115 for the over on 101.5 yards. I believe this is a safe bet because he’s eclipsed 100 yards in 12 of 19 games this season. He had 92 yards or more in five of the other seven games and over 100 yards in both games against the San Francisco 49ers and had 183 yards last week. He’s averaged 14 yards per catch against San Francisco this year as well.

The Rams have looked dominant on both sides of the ball during the playoffs. They have scored 64 points in two games while sacking opposing quarterbacks five times and forcing four turnovers. San Francisco left tackle Trent Williams is questionable with an ankle sprain, which could significantly impact the 49ers’ ability to protect Jimmy Garoppolo.

Matthew Stafford must protect the football for the Rams to win this game. He’s thrown four interceptions against the 49ers this year, but none in the playoffs. If Stafford plays mistake-free football and Kupp has another big game, I like the Rams in this matchup.

Which Team Will Advance to the Super Bowl?

Will Cooper Kupp continue his year-long dominance and lead the Rams to the Super Bowl, or will the 49ers’ defense put an end to the Rams’ sensational season? Head to BetMGM’s online sports betting site and place your bets. Sign up today for a risk-free initial bet of up to $1,000.