How Many Yards Will Cooper Kupp Have In Super Bowl 56? 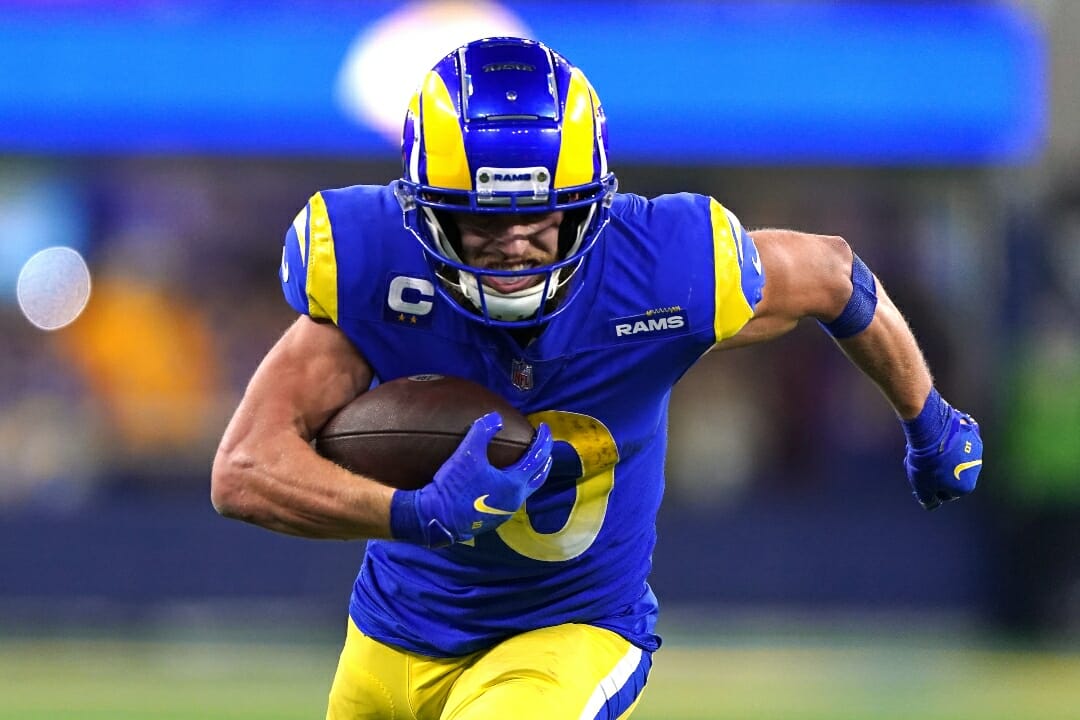 Cooper Kupp has had one of the greatest seasons of any wide receiver in NFL history. Will he be able to continue to dominate in the Super Bowl? The Los Angeles Rams are favored by 4.5 points according to BetMGM’s Super Bowl betting line.

If the Rams are going to win this game, Kupp will need to have a big game. Let’s dive deeper into this matchup and whether Kupp will be able to shred apart the Cincinnati Bengals‘ defense.

In the playoffs, Kupp hasn’t slowed down. He’s continued his historic season with four postseason touchdowns and 386 yards through three games. One of his most significant moments was when he caught Matthew Stafford’s 40-yard pass to set up the game-winning field goal in the divisional round.

Can The Bengals Contain Kupp?

The Cincinnati defense has looked quite staunch during their playoff run. They held the Las Vegas Raiders to only 19 points in the Wild Card round and shut down the Tennessee Titans in the divisional round, allowing only 16 points and getting three interceptions.

However, even though the Bengals have successfully limited opposing teams’ ability to score in the playoffs, they’ve had trouble stopping star receivers.

With the Rams’ loaded receiving group of Kupp, Odell Beckham Jr., and Van Jefferson, Cincinnati won’t be able to double-team Kupp on every play.

The Bengals defense finished the regular season 26th in pass yards allowed per game (248.4). With Stafford ranking 4th in the NFL in QBR (63.8) and 3rd in passing yards (4,886), I expect him to be able to move the ball against the Bengals’ somewhat porous passing defense.

How Many Yards Will Kupp Have In Super Bowl 56?

Do you think Cooper Kupp will continue his historic season with a dominant game in the Super Bowl? Or do you disagree with me and think the Bengals will limit his production?

Whichever you think will happen, consider betting on Kupp’s receiving prop bet at the best online sportsbook, BetMGM. The over/under on his receiving yards is currently set at 102.5 (-115).