Saint Peter’s Peacocks: Everything You Need To Know About the March Madness Cinderella 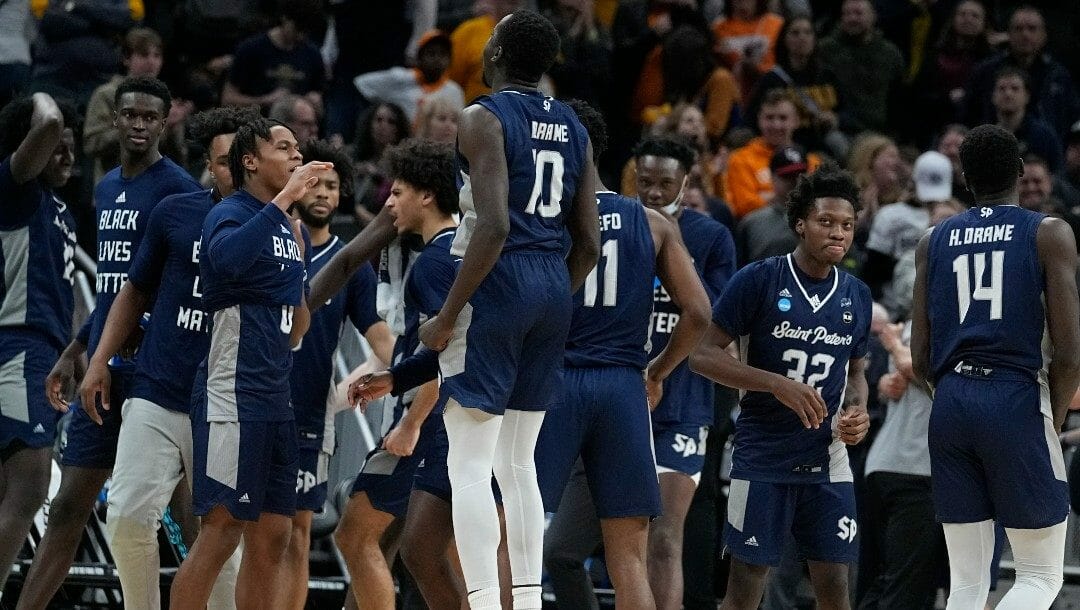 When it comes to college basketball betting in the NCAA tournament, the Saint Peter’s Peacocks may have been the best team of the first weekend.

Looking at the college basketball betting lines, not many gave them a shot against Kentucky in Round 1 and they followed it up with another impressive win over Murray State in the Round of 32.

Now, they will take on Purdue in the Sweet 16, and taking an early look at the NCAA basketball betting lines would show they are currently +12.5.

Who Are The Saint Peter’s Peacocks?

X-Factor: KC Ndefo. The Peacocks senior forward has blocked eight shots in the two wins while scoring 17 points in their second-round victory over Murray State.

How Did Saint Peter’s Make the NCAA Tournament?

The Peacocks were the No. 2 seed entering the MAAC tournament behind the top-seeded Iona Gaels led by head coach Rick Pitino who was the heavy favorite to take the league’s automatic bid into the NCAA tournament.

A shocking quarterfinal loss to No. 9 Rider by Iona blew the field wide open while Saint Peter’s defeated No. 7 Fairfield, No. 11 Quinnipiac, and No. 4 Monmouth on their way to their first MAAC championship since 2011.

How Did Saint Peter’s Advance to the Sweet 16?

The Peacocks were given as close to zero chance as possible to beat almighty Kentucky, who many believed should have been in the consideration for a No. 1 seed in this year’s tournament.

An impressive first-half effort saw the game knotted up at 37 heading into halftime but facing a six-point deficit with just four minutes remaining it looked like the dream would fall short. With a 9-3 run to finish out regulation the little school from Jersey City would miraculously send the game to overtime where Saint Peter’s would prevail 85-79.

A meeting with Murray State awaited in the second round where a letdown felt imminent for the Peacocks.

Instead, they led wire-to-wire for all 40 minutes and kept the Cinderella dream alive heading into the Sweet 16, as Saint Peter’s became just the third No. 15 seed to ever make it to the Sweet 16 since the field expanded to 64 teams in 1985.

With No. 3 Purdue as their next matchup on Friday, the Peacocks have a chance to become the first No. 15 seed in NCAA tournament history to reach the Elite Eight.

It has been incredibly fun to watch Saint Peter’s capture the hearts of fans across the country on their tournament run, but it feels like it ends here against Purdue.

The offensive discrepancies in this matchup seem too stark against this Big Ten opponent for this Cinderella to make it up on the defensive end, which is why I see the Peacocks turning back into a pumpkin with the Boilermakers moving on to the Elite Eight on Friday night in Philadelphia.

If the Peacocks were to somehow make it out of the East region, they would be faced with likely their most difficult test of the tournament at the Final Four. This is why their national championship odds have been set at +20000, the worst of the teams remaining.