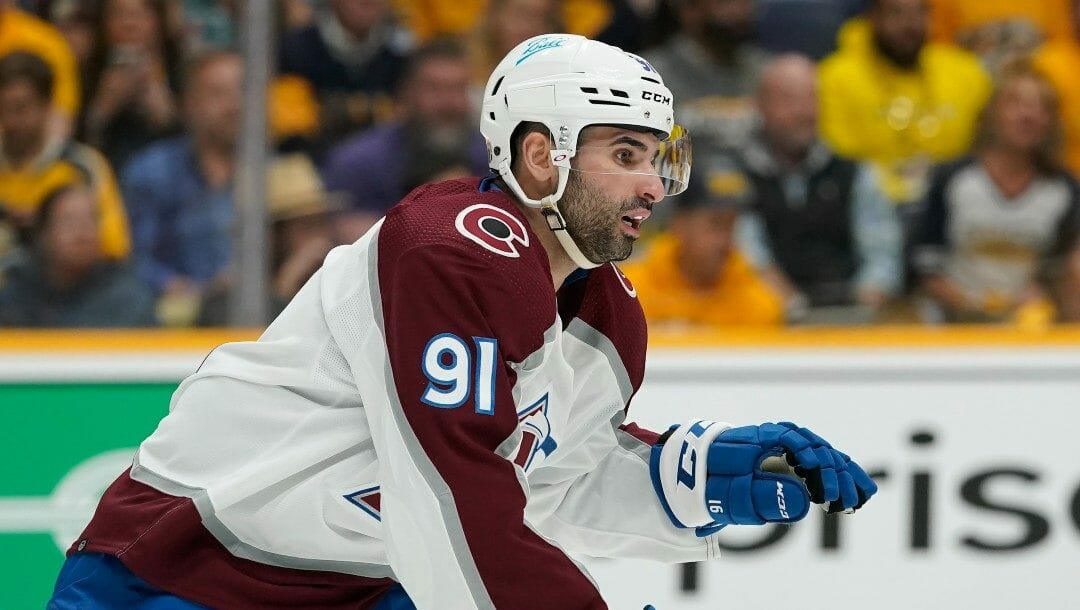 This year’s edition of the NHL rages on, with several series continuing to see-saw back and forth and the Stanley Cup betting odds are changing by the day.

Part of the excitement revolves around the amount of offense displayed early this postseason. Through the first eight nights of action, 20 of the 32 games have gone over the total. Moreover, six of the eight first-round matchups are tied at two games apiece.

The only other two series include the Pittsburgh Penguins, who have a 3-1 stranglehold on the New York Rangers; and the Colorado Avalanche, who made short work of the Nashville Predators, sweeping them out of the playoffs.

It seemed inevitable that the Avs would move onto the second round, but their path was even easier than expected. Colorado covered the puckline in three of four games, scoring fewer than five goals just once over that stretch.

Below is a look at the updated NHL odds as the Avs rest up for their next series.

Of course, their next opponent is unknown as they await the winner of the St. Louis Blues vs. Minnesota Wild series. Nevertheless, bettors have seen enough from the Avalanche to warrant a play on them to exorcise their playoff demons and get past the second round for the first time since 2001-02.

Colorado has the best expected goals-for rating of any Western Conference team, accumulating a 59.7% five-on-five mark through four games. That jumps substantially across all strengths, increasing to 67.3%, the best mark in the league.

What is captured across all strengths is their elite powerplay metrics.

The Avs recorded nine powerplay goals through the first four postseason games, clipping at a 43.8% rate. Improved output across all strengths doesn’t diminish their five-on-five scoring, as the Avs broke the playoff mold by averaging three goals per game.

There’s a perceived imbalance between the Avs and every other team they could encounter en route to the final and that has elevated their odds in the betting market. The implied probability of the +100 wager gives the Avs a 50% shot of making it past the first three rounds.

The Avs’ Stanley Cup odds have been relatively stable since the start of the postseason, but their competitors’ odds have fallen. That has created a more significant gap between Colorado and the rest of the league even before the end of the first round.

Colorado is led by Norris Trophy finalist Cale Makar, who has recorded 10 points through the first four playoff games, including the game-winning goal in overtime of Game 2. Makar plays across all strengths and elevates the Avalanche’s level every time he steps on the ice.

He has a 64.3% expected goals-for rating at five-on-five this postseason and skates with a 71.3% mark across all strengths. That looks even better when we consider that Makar spends over two minutes a game on the penalty kill, diminishing his rating.

Makar captains the ship from the back end, but the Avs can turn to several different players and lines as needed.

Through the first four games of the postseason, nine different players have recorded three or more points, clearly illustrating their scoring potential. Colorado can turn to a variety of players on any given night, which is a dynamic that most other teams don’t possess.

There’s a lot to be determined between now and when the Stanley Cup is handed out. Still, the betting market has unwavering confidence in the Avalanche to make the Stanley Cup Final and hoist hockey’s holy grail for the first time since 2001.