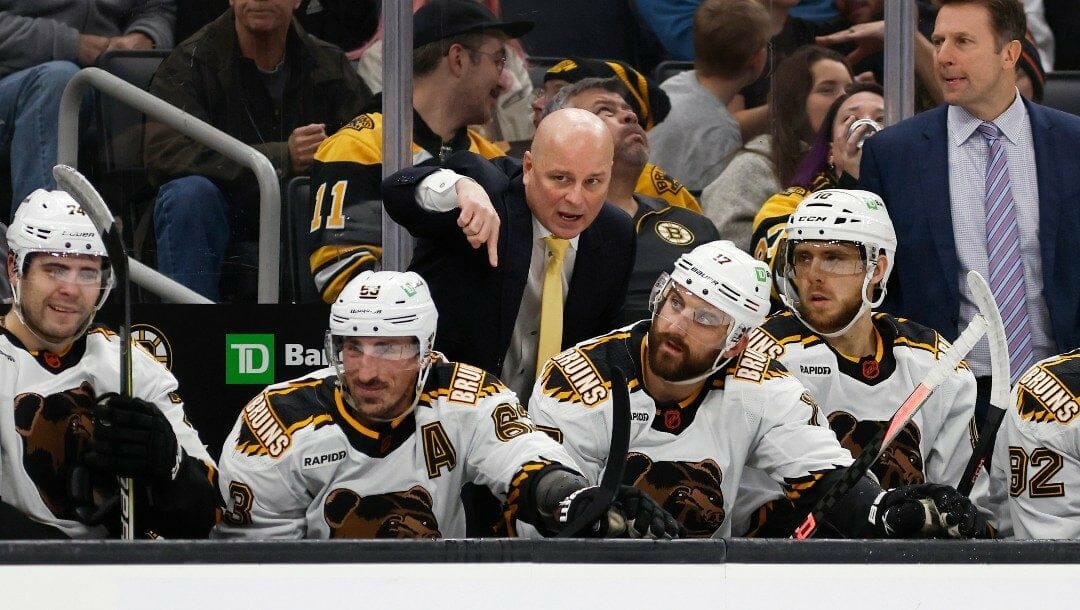 The Stanley Cup Playoffs are the best postseason in all of sports, which provide plenty of NHL betting opportunities.

NHL teams have to run a gauntlet of seven-game series, needing to win five rounds to be crowned champion. The intensity is dialed up, and travel is relentless. That’s why playoff matchups are so critical to which teams advance to the next round.

Here’s a look at the playoff teams as of now.

Yet again, there has been no movement amongst the Eastern Conference playoff-bound teams. However, some trends are worth noting as the All-Star break nears.

The Boston Bruins have finally met some resistance, as the Southern States’ teams have their number. The B’s have dropped three straight games for the first time all season. Boston lost to the Tampa Bay Lightning, Florida Panthers, and Carolina Hurricanes, which could be a bad omen for the postseason. In all likelihood, the Bruins will need to eliminate one of the Lightning or Hurricanes, and playing them on the road appears to be their Achilles’ heel. For now, they would match up against the Pittsburgh Penguins.

The Canes have maintained their elite play, winning five straight and gaining a modest advantage over their challengers in the Metropolitan Division standings. Likewise, the Washington Capitals are holding steady as the second wild-card team. These teams meet twice almost immediately following the All-Star break, and it’s worth paying attention to see how these teams stack up.

No matter what the New Jersey Devils do, they can’t seem to catch the Canes in the standings. The Devils are 8-1-1 over their past 10 games but still can’t assure themselves of home-ice advantage through the first two rounds of the playoffs. Instead, they continue to look forward to a battle with the New York Rangers. For the first time in years, animosity is growing between the neighboring franchises.

Since the season’s outset, the Atlantic Division playoff matchup has been set in stone. But the Tampa Bay Lightning have an advantage that could tip the scales in their favor as they await their impending seven-game series with the Toronto Maple Leafs. Tampa Bay is five points back of the Leafs for second in the division, with three games in hand. That means the Bolts control their own playoff destiny and could relegate Toronto to just three home games.

Over the past week, there was just one significant development in the Western Conference playoff picture. The NHL’s newest franchise, the Seattle Kraken, has usurped the Vegas Golden Knights for the top spot in the Pacific Division.

Seattle has a one-point advantage with two games in hand, which they could use to pad their lead. If the season ended today, the Kraken would have to limit the Edmonton Oilers’ attack.

The Dallas Stars would face a similar challenge, bottling up the defending Stanley Cup champion Colorado Avalanche. The Avs have dealt with injuries all season, but if they get healthy before the end of the campaign, they will be a tough out over a seven-game series.

Relegated to the second spot in the division, the Golden Knights may be tasked with getting past the Los Angeles Kings. These teams have met three times already this season, with the Kings taking two. The Golden Knights haven’t had an answer for the Kings’ offense, allowing 12 goals across the three outings. That could be the advantage they need as they look for their first playoff win since taking home the Stanley Cup in 2014.

Lastly, the Winnipeg Jets and Minnesota Wild have reinforced their position in the standings, setting up another close proximity matchup. As it stands now, the Jets would host the opener, but like the Lightning, the Wild have games in hand that could shift the advantage. If Minnesota wins the three games they have in hand, they will overtake the Jets and skate in their friendly confines for Game 1.