Our 5 Best Horse Racing Movies Of All Time 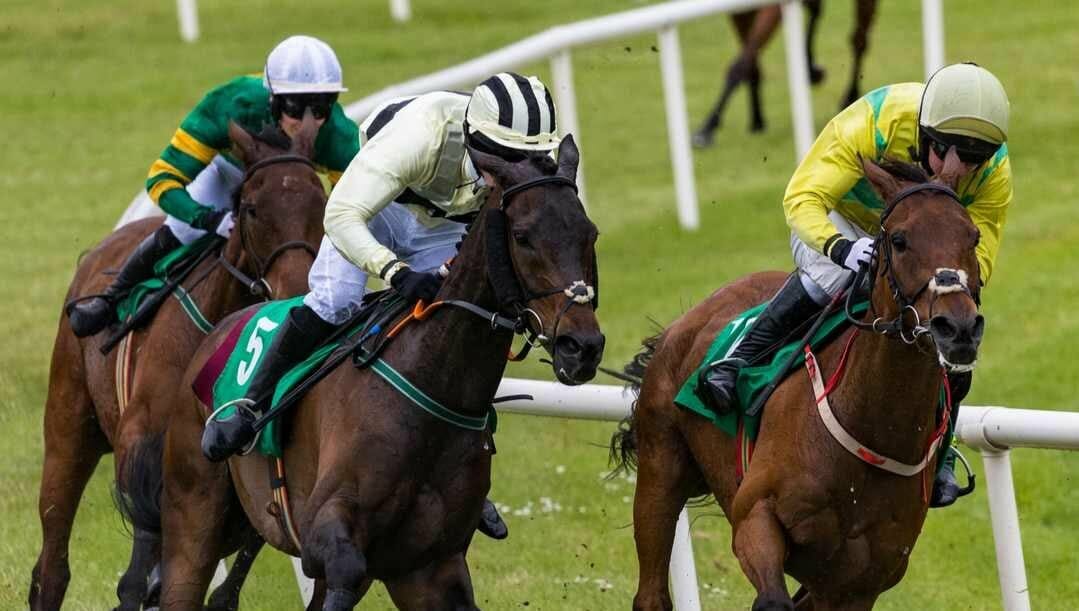 Join us as we take a look at our five favorite horse racing movies of all time, which are sure to excite online sports betting, horse racing, and horse fans alike.

Based on the book of the same name by Enid Bagnold, “National Velvet” is the story of a young girl, Velvet Brown (played by Elizabeth Taylor), who adores horses more than anything. She is overjoyed when she wins a young horse named Pie in a raffle, and dreams of one day riding him in the Grand National.

Upon hearing of Velvet’s plan, a disgraced jockey who works for the family, Mi Taylor (played by Mickey Rooney), tells Velvet that she has her head in the clouds because they can’t afford to enter the horse. Velvet reveals her mother could help, and so the two begin their plan to get the money they need to enter the Grand National and hopefully win the race!

This fresh and delightful Metro picture, based on Enid Bagnold’s novel of some years back, tells by far the most touching story of youngsters and of animals since Lassie was coming home. – Bosley Crowther for The New York Times.

Both Taylor and Rooney give without doubt the best performances of their pre-adult years, but there’s also much pleasure to be had from a stellar supporting cast. – David Wood for BBC.com.

This film is based on the true story of a horse, Phar Lap, that was underweight, a misfit, and described as a cross between a “sheepdog” and a “kangaroo,” and a young man, Tommy Woodcock (played by Tom Burlinson) who believed in him. The buyer of the horse almost ended this tale before they began, but thanks to his horse trainer, a deal was struck to give the horse some time to show his potential.

We follow Woodcock and Phar Lap through all their trials and tribulations, including criminal efforts by those who would stop at nothing to prevent this horse from winning, and how they overcame all the odds against them.

The film is buoyed by good performances, strong production values, and Williamson’s writing, which finds a genuine but bittersweet way to commemorate one of Australian sport’s best performing athletes. – Luke Buckmaster for the Guardian.

The movie ”Phar Lap” is as much of a crowd-pleaser as the champion Australian racehorse for whom it is named. – Janet Maslin for The New York Times. Based on the book “Secretariat: The Making of a Champion” by William Nack, “Secretariat” tells the story of Penny Chenery (played by Diane Lane), a woman who returns home to help her elderly and sickly father with his stables after her mother passes away. Despite having absolutely no knowledge of how to breed, care for, and train horses, Penny steps up to the task.

After getting rid of her father’s dishonest horse trainer, she and her father’s secretary, Miss Ham (played by Margo Martingale), manage to acquire the services of Lucien Laurin (played by John Malkovich). Together they take on the challenge of raising a horse that will not only save their stables but also prove all the people who believed they couldn’t win the Triple Crown wrong.

It’s a pleasurable, seductive fantasy partly because, as we have known from the start of cinema, the sight of a running horse is a beautiful thing. – Manohla Dargis for the

Director Randall Wallace has achieved the next to impossible, injecting genuine tension and suspense into a narrative we all know the ending to. – Ann Hornaday for the Washington Post.

In 1946, a young boy, Alec Ramsey (played by Kelly Reno), is traveling when he has a chance encounter with a horse that’s being transported on the ship that he’s traveling on. He sneaks into the stable area where they are keeping this magnificent horse, bringing along some sugar cubes. However, before he can share his treat with his potential friend, the owner of the horse catches him and sends him packing.

Fate ensures that these two will not be kept apart for long, and a fire breaks out on the ship later that night. Remembering the horse, Alec races to free it, and once it is released, it leaps into the ocean. Alec soon finds himself thrown overboard, only to wake up on a deserted island with the horse. The two begin to form a friendship in this strange and dangerous place before eventually being rescued.

They two are brought home and begin a new adventure together: training to take on some of the greatest racehorses ever known.

The Black Stallion is a magical fable that basks in shimmering imagery, innocent wonder, and the romantic longings that we thought Hollywood had left behind in the ’50s. – Michael Blowen for The Boston Globe.

Carroll Ballard’s feature debut is rich in adventure, suspense, and mythical elements and marks the prize-winning short-subjects director as a major talent. –  Variety Staff for Variety. 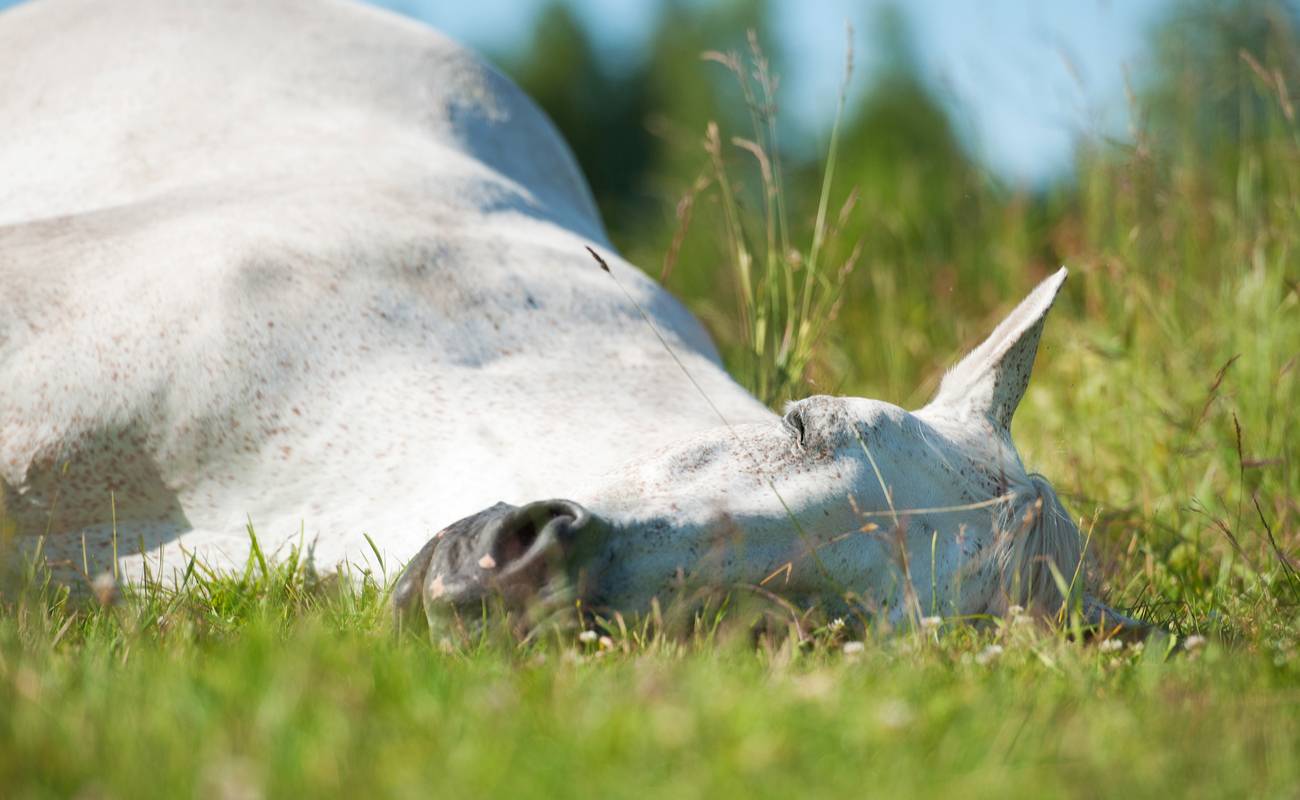 Set during the Great Depression, “Seabiscuit” tells the story of a man, Charles Howard (played by Jeff Bridges), who had lost everything. A tragic automobile accident took the life of his son, and his wife, unable to bear the loss of their child, leaves Charles as well.

In an attempt to rebuild his life, Charles gets a divorce and begins a new life with his second wife, Marcela Zabala (played by Elizabeth Banks). Having left everything behind, he also purchases a stableyard and is soon convinced to buy a small, lazy, and downright difficult horse: Seabiscuit.

Howard’s path soon crosses with John “Red” Pollard (played by Tobey Maguire), a jockey who is blind in one eye due to an amateur boxing accident, and with their horse trainer, Tom Smith, the three work to unleash the potential they all believe Seabiscuit has.

Wonderfully lovely and uplifting. Ross could be accused of over-egging the pudding, but a yarn this handsome, heartwarming, and thrilling can’t lose. – Angie Errigo for Empire Magazine.

When you’re done with watching these great movies and catching up on the horse racing news, it’s time for some betting. Register at BetMGM to enjoy a great range of horse racing odds, great promotions, as well as a number of fantastic bets on other exciting sports!

Five Of The Worst Thoroughbreds in Horse Racing History