How to Bet on Tennis: A Pro’s Guide to Tennis Betting 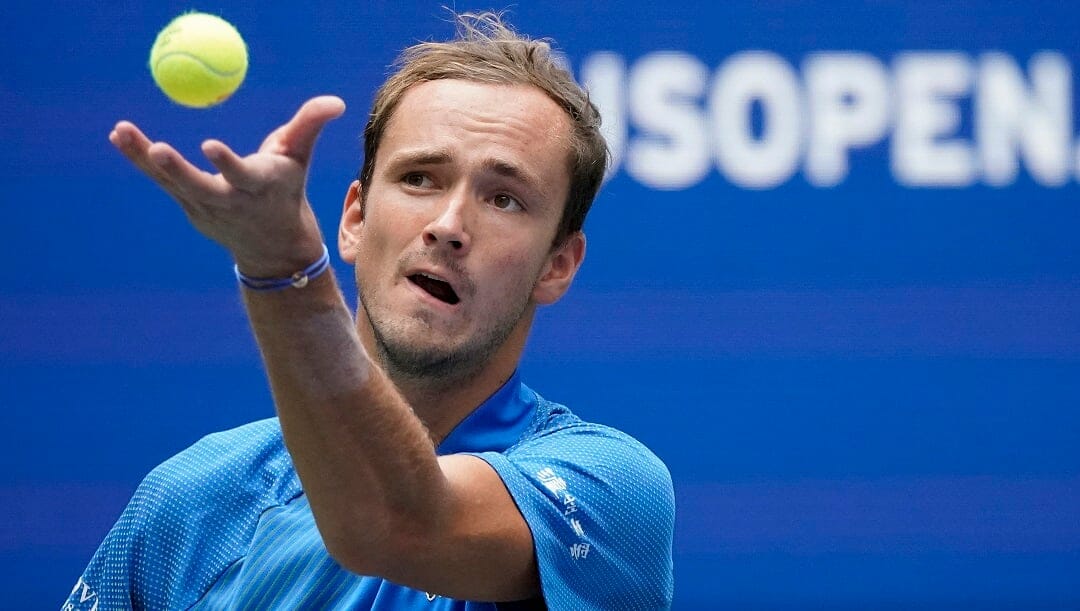 Whether you’re looking to bet on a major tournament or just a Challenger draw hosted in your local hometown, tennis betting is one of the best clubs to have in your handicapping bag.

The season runs from January to November, which means there are almost always tennis odds available to bet.

Yes, even in those dead summer months.

Unfortunately, tennis can be inaccessible to the untrained eye. The scoring seems strange, and there are tons of match variables that few tennis people ever actually take the time to explain.

Fortunately, I’m here to help. I’ve played tennis for nearly 20 years and have racked up big profits by betting inefficient parts of the market that most casual bettors never even consider.

So, if you want to understand how to bet on tennis, here’s your starting point.

How to Bet on Tennis: A Short Guide to Tennis Odds & Tennis Betting

Let’s start with the basics. There are a few fundamental elements to consider when handicapping tennis: Court, form and price.

Tennis Betting: How Does Court Style Effect Betting on Tennis?

There are three main types of tennis court surfaces on tour – clay, grass and hardcourt – and players often have different skill sets that may set them up for success (or failure) on different surfaces.

On the other hand, grass courts are notoriously fast-paced.

Understanding player strengths and weaknesses is essential to long-term success in the tennis betting space.

Tennis Betting: What Does Form Mean When Betting on Tennis?

Understanding form is key when betting on a year-round sport like tennis. Bettors like to jump on the bandwagon with hot players.

Likewise, they may wish to fade players on a prolonged losing streak.

Tennis Betting: How Do Tennis Odds Work When Betting?

Unlike in other sports where bettors may commonly bet point spreads, tennis (like baseball) is primarily a market centered around straight moneyline betting prices.

As a result, betting on favorites offers lower return than other sports, and upsets can be much more costly.

Underdogs, on the other hand, can be highly profitable – assuming you can identify and bet the right ones.

The men’s tennis (ATP) calendar is essentially a year-round proposition. Tournaments begin in January and run through November.

Most players – especially the top contenders – will not play 11 straight months of uninterrupted tennis. However, there are professional tournaments virtually every week that are loaded with players and tennis odds.

Every season generally begins in January during the Australian summer. The Australian Open – the first major tournament of the year – takes place at the end of the month and bleeds into February.

Hardcourt tournaments continue throughout North America through the winter.

Clay season begins in the spring, and the tour’s focus shifts to Europe and clay courts. That culminates in early June with the second major of the year.

There’s a brief grass season in late June and early July, highlighted by a fortnight at Wimbledon.

The second half of the calendar is much less cohesive, with tournaments worldwide and on various surfaces. The most important date still on the calendar is the final major tournament of the year: the US Open, played at Flushing Meadows in New York every September.

Non-major tour events have numbers that designate how big or prestigious that particular tournament is. ATP 1000 events are the biggest non-major tournaments there are.

For example: Last week, the men’s tour was playing in Winston-Salem, while the women’s tour hosted two separate events in Cleveland and Granby (Canada). This week, though, both tours coalesce at the US Open in New York.

When it comes to tennis odds, one of my go-to tricks is to bet on counterintuitive favorites.

Every tournament has seeded players, and every player has a professional ranking. Seeds and rankings are often useless, but the betting market often does not understand this.

Bettors will back players with inferior form or court strengths simply because they happen to have a higher number next to their name.

Because of this, I like to find spots where seeded players or higher-ranked players are priced as short underdogs. Then, I bet the lower-ranked favorite.

One such example happened just recently. At the Winston-Salem Open, unseeded French player Adrian Mannarino was matched up against No. 8 seed Albert Ramos-Vinolas.

Despite the seeding difference, Mannarino was priced at the BetMGM online sportsbook as a -150 favorite.

The line jumped out at me, so I researched the match further. I found Mannarino sported a career 3-5 head-to-head against Ramos-Vinolas, but he was 3-0 on hardcourt. And Winston-Salem is indeed a hardcourt tournament.

I bet two units on Mannarino to win, and he cruised to an easy, straight-set win.

It can also be very profitable to target tennis matches as live betting opportunities.

Few sports have extreme high-leverage moments like tennis, meaning that the odds can swing wildly based on the result of just one or two individual points.

US Open Betting: How to Bet the US Open Tennis Odds

As I mentioned at the top, one of the best things about tennis is that there always seems to be another tournament right around the corner.

At the time this article was written, it happened to be the 2022 US Open – the last major tournament of the year. So prepare to research who won the US Open last year as we all dive into US Open odds!

I shared six of my best US Open tennis bets over the weekend. If you’re looking for a few good bets, I’d definitely recommend reading through that.

And of course, if you’re looking for more in-depth explanations on how to bet on tennis effectively, I’d recommend checking out my handicapping podcast, The Lion’s Edge.

It’s not a tennis-specific podcast, but it does offer intelligent, weekly insights into trends and betting tips across the online sports betting world. It’s available on iTunes, Spotify, or wherever you listen to podcasts. And I regularly give out tennis picks!

I also did a long-form episode earlier this year where I explained a large portion of my process in handicapping tennis. I have tracked 64% winners and 12% ROI on my profile on the Action App.

You can listen to that episode of The Lion’s Edge here:

You can also listen to any episode of the podcast in the web player below.

Betting on tennis odds is a unique way to take your tennis entertainment to the next level.

Updated odds are available for thousands of matches each year. Whether you’re a first-time bettor browsing Wimbledon odds, a casual tennis fan looking at ATP odds, or a longtime bettor breaking down trends for Iga Świątek and Serena Williams in the U.S. Open, there are a variety of betting markets for everyone.

Visit the online sportsbook today to add more excitement to your online betting experience at BetMGM!