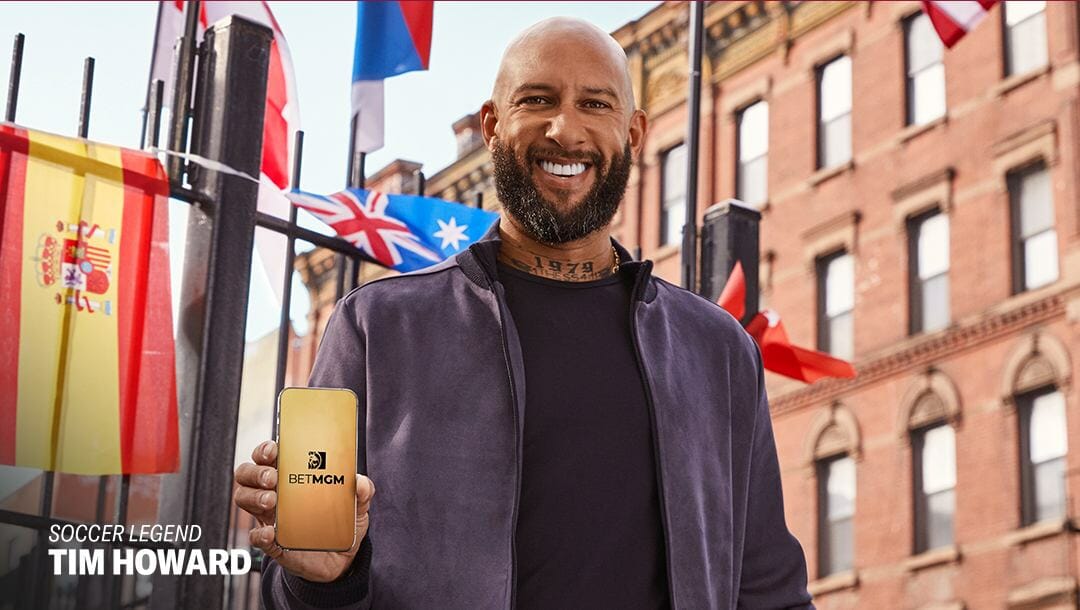 JERSEY CITY, NJ – (November 15, 2022) – BetMGM announced today the signing of retired U.S. soccer star Tim Howard as a celebrity brand ambassador. Howard’s addition to the BetMGM team launches a series of free-to-play games and promotions, among other activations, that the sports betting leader is planning in conjunction with the upcoming 2022 international soccer events and matches.

“America’s excitement for soccer is at a fever pitch and I can’t wait to take it to the next level with BetMGM, offering new ways for fans to get engaged in the game. BetMGM is at the forefront of the sports betting industry and I’m proud to be part of the team ahead of the greatest tournament in all of sports.”

BetMGM’s free-to-play games and daily challenges throughout the 2022 tournament include:

“Tim Howard’s performances on the pitch thrilled a generation of U.S. soccer fans. With Tim’s support, we will bring a similar level of excitement to our customers through various games and interactive opportunities.”

Howard was a mainstay on the U.S. Men’s National Team, holding the record for most saves by a U.S. goalkeeper in a World Cup game. Howard won the 2007 CONCACAF Gold Cup and was voted the CONCACAF Goalkeeper of the Year in 2013, 2014 and 2015. Following more than two decades in the English Premier League, Major League Soccer and international play, Howard cemented his legacy as one of the sport’s all-time greats.

Howard will engage with BetMGM players and MGM Rewards members through public and private events, both virtual and in-person. He also will appear in BetMGM social media content and make guest appearances on nationwide radio and television programs.